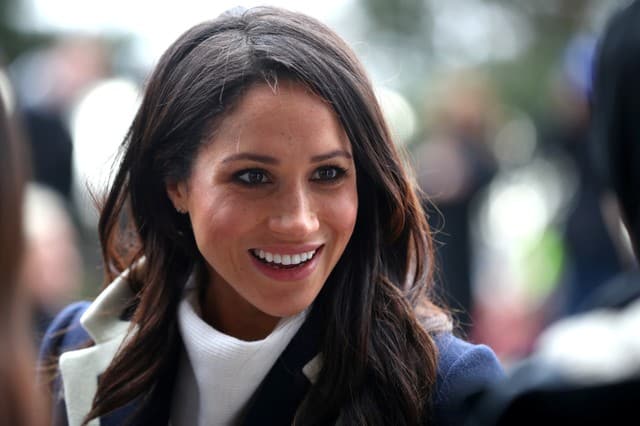 US actress Meghan Markle has been baptised by the Archbishop of Canterbury, the spiritual head of the Church of England, ahead of her royal wedding in May to Britain’s Prince Harry, the Daily Mail newspaper reported on Thursday.

The 45-minute ceremony conducted by Justin Welby, spiritual head of the Anglican communion of millions of Christians globally, took place at the Chapel Royal at St James’s Palace in London on Tuesday, the paper said.

The secret baptism was followed immediately by her confirmation, it added.

“That’s not something that we are commenting on,” Harry’s office said about the report.

The Mail said Harry’s father, heir-to-the-throne Prince Charles and his wife Camilla were present but Queen Elizabeth, the titular head of the Church of England, was not.

The service observed full ritual, with holy water from the River Jordan from the private royal family font poured on Markle’s head, the paper said.

When Markle, 36, and Harry, 33, announced their engagement last November, his office said Markle, who attended a Catholic school as a child, identified as a Protestant and would be baptised and confirmed before their marriage on May 19.

Welby will preside over the exchange of wedding vows at the ceremony at Windsor castle, although the service itself will be conducted by the Dean of Windsor.

Public interest in the couple remains high and crowds were out in force when they visited Birmingham in central England on Thursday as part of a pre-wedding tour of Britain, to hear about the work of two projects which support young people.

“I’m a huge fan of them – I’m from Canada so I had to come see them because this is a once in a lifetime opportunity and it was just amazing,” said student Brandy Davis, 20, from Toronto who is studying at a nearby university.

Harry pulled one delighted 10-year-old girl out of the crowd after she told him she wanted to be an actress, to be given a hug by Markle, who stars in the US TV legal drama “Suits”.

“Meghan said that one day she will see me being an actress,” said the girl, Sophia Richards.

Other schoolchildren in the crowd were equally thrilled to meet them and shake their hands. “It was like a miracle,” said Francesco Farina while his friend Ariadna added: “I’m never washing my hand again.”