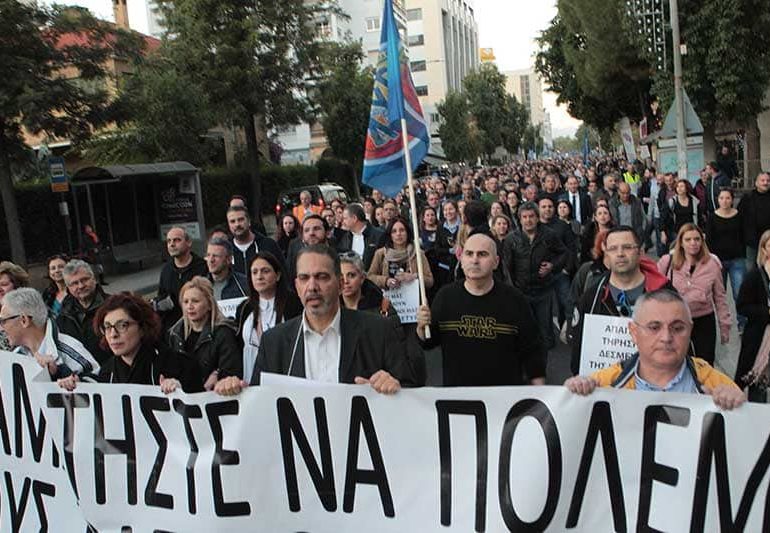 The decision to bail in depositors at Bank of Cyprus and Cyprus Popular Bank, widely known as Laiki, wiped out €8bn in deposits held at the island’s largest lenders. For many it meant a disaster. For some, it was merely a scary adventure that had a largely fortunate outcome.

The bail-in meant for depositors at Bank of Cyprus the loss of 47.5 per cent of their deposits in excess of €100,000 which was converted into equity and loss of all uninsured deposits for Laiki depositors. Even worse, it also meant that poorly managed provident funds, mainly belonging to members of bank workers union Etyk, lost every single penny of the €763m in total deposited with the two lenders.

Or so one may have initially thought, because the bailout agreement provided for losses for pension funds and also included funds for a partial compensation for their losses. By as early as the summer of 2013, the government had paid €300m to the pension funds to cover half of their losses.

But little did the taxpayers know as workers continued to lose their jobs and companies went out of business, that the bank workers would get it their way and demonstrate that being tough on the taxpayer always pays off.

The government may have felt compelled to partially compensate the pension funds. After all, they repeatedly ignored supervisory advice to avoid risk concentration. They had parked a significant amount of their assets in their bank accounts, a result of a loophole in regulations, which allowed joint management of the pension funds by both representatives of the employees and the employers.

The latter had little incentive to follow their customers’ example who had started withdrawing money more than a year before the bail-in, when the first cracks in the wall of the Cypriot banking system became visible. The bank bosses vetoed the recommendations of the supervisor who as early as 2010 had warned the pension funds’ managing committees of the risks they were taking.

In April 2016, President Nicos Anastasiades announced that his government was ready to compensate pension funds for up to 75 per cent of their losses. In July last year, the council of ministers decided to pledge €166m for this purpose. It also set a cap of €100,000 in the compensation of beneficiaries, to avoid putting them better off than depositors.

The decision to limit the losses of pension funds to just 25 per cent prompted the European Commission, which together with the International Monetary Fund and the European Central Bank supervised Cyprus’ bailout, to warn that it would create a precedent for other groups to raise similar demands. But that 25 per cent loss also angered Etyk.

Finance minister Harris Georgiades initially dismissed the union’s demand for further compensation on the grounds that giving in and removing the cap in the compensation, would require an additional €88m which would entirely flow to just 1,900 bank workers.

However, after the bank workers’ union took to the streets to protest what it perceived as injustice, Etyk’s protests paid off. In December, Georgiades announced the allocation of an additional €20m which would allow compensation of up to €250,000 per retired worker. The scheme would disadvantage only 300 senior bank officers whose benefits exceeded that amount.

The minister had said that while the scheme would exempt pension fund members who were still working at Bank of Cyprus, the lender would negotiate a similar compensation scheme for its workers. Days before the runoff of the presidential elections, the bank’s chief executive John Hourican pledged that the bank would not link extending compensation to its staff for losses of their provident fund to any conditions.

The irony here is that had bank workers opposed their bosses for the way the latter chose to manage their employees’ pension funds –let alone those of their depositors and investors– they may have spared the taxpayers at least part of the €486m bill they are now asked to foot.