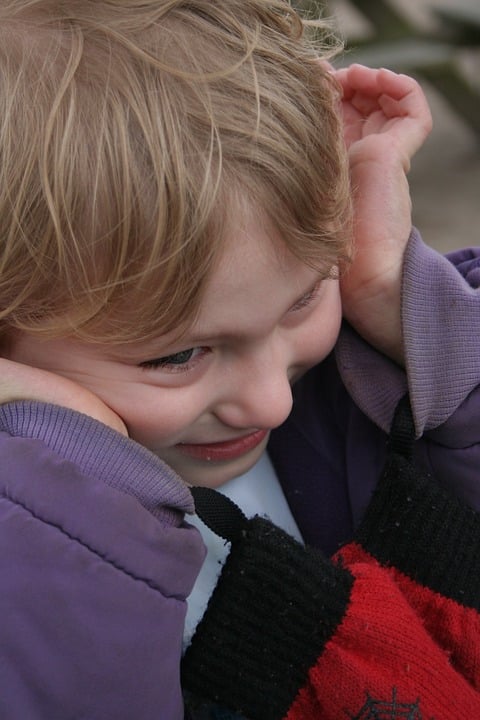 They say it takes a village to raise a child but if that child is on the autism spectrum, it seems like it takes a city. In the two years that we have known that our son is on the spectrum, we have done just that, we have built a city of professional educators, therapists, child psychiatrists and child neurologists.

We knew that we might have some complications bringing our son up from the get-go. His was a very difficult delivery, so difficult that just hours after his birth we were warned he could be brain dead. He stayed in intensive care for two weeks and before he was two months old, he had had two MRI scans. All seemed fine, but we still had to take him to physiotherapy (which was done at Makarios hospital and paid for by Radiomarathonios) until he could walk and have check-ups with a child neurologist.

By the time he was a toddler, everyone thought he was developing normally and that his penchant for putting everything in a clear, organised line was just cute. But a simple check-up at the paediatrician’s when he was two-and-a-half ended with me in tears and a whole lot of questions. She said that she noticed some soft neurological signs which pointed to difficulties that I had started to suspect for months. This acknowledgement of my fears didn’t lessen the blow nor did it make me feel any kind of achievement. The word autism wasn’t spoken yet, not by any professional anyway.

This is how it began. We were told to take him to a nursery immediately, to socialise with other children, and to a child psychiatrist. The few days that followed had everything to do with making calls and visiting nurseries. We had to visit the psychiatrist first alone, without our little one and give her details about our son. Not only was he under a microscope now, but it felt like we were too, silently being blamed for not noticing sooner or, perhaps, being the ones who caused it. After her initial assessment of my son, the psychiatrist recommended speech therapy and so the design for the city took shape. We had entered the world of analysis, talking about behaviours, waiting in waiting rooms, being told about what happened in the half hour he was in a session and the endless coming and going.

I didn’t tell many friends, I still don’t really. Not because I am ashamed in any way, nor do I dread their questions or their sympathetic looks, but because if you do not know, you simply think he is a really smart kid who just happens to not pick up on how to speak properly yet, that he is just a shy kid who likes to play alone.

When we started speech therapy, the therapist practised what she called traditional speech therapy but one-and-a-half years in, she trained in ‘intensive interaction’ and we have been working with this for a while now. As our therapist explains it, if our child feels comfortable to really interact with us, in a way that makes the parents the toy, then the idea is that this will overflow into society. In this system, he became the leader, games were child led at first, we did whatever he wanted us to do and his self-confidence grew.

Then we started to concentrate on cycles, on him opening a cycle, for example, wanting to pretend that he is serving us tea and closing it by actually serving the tea and not leaving the game half-way. This encourages him to hold a conversation without drifting off. Next, we had group problem-solving tasks which opened a whole new channel of communication. At the moment we are concentrating on putting all this together so we can have a ‘back and forth’ kind of play, which will later develop into holding a proper conversation.

As he approached three-years-old he was assessed by a child psychiatrist and it was then that we heard the term we now live with every day: he was on the autism spectrum but high functioning. The goal she set was for him to grasp the functionality of language and to be able to handle his body better so that by the time he goes to preschool he will fit in perfectly. Now armed with the actual assessment, occupational therapy was next on our list. It was at this time that his behaviour became more intense, maybe because his whole routine was being disrupted. Now we had to face tantrums if something in the routine changed, if we took a different route than we usually took, if I forgot the dummy, if we heard a car horn on the road, if I had to use the wipers, if there was a toy that had flashing lights or made sounds, if someone else closed the door instead of him, if we tried to cut his hair and if … there were so many ifs.

At the beginning, we had to learn what bothered him and how to handle it. No amount of professionals explaining how this spectrum works could ever prepare us or give us the concrete solutions to the problems that seemed like mountains at the time. We had to work it out for ourselves because we were the ones he went home with and we were the ones who had the responsibility of making him feel safe in an oversensitive world.

We had to decide if we could continue in the private nursery he was in or take him to the public sector. This is when we went to a special educator who at first didn’t believe he was on the spectrum when she saw him in school, but once she saw him in her office observed some stereotypical behaviour patterns. There was nothing wrong with the nursery he was in, but there were around 20 kids in the class and the rooms were too busy for a kid on the autism spectrum. Neither did we want to send him to the specialised state nursery because there were many more kids in the classroom and they were of different ages. The educator did recommend some other schools but after visiting them, I decided against disrupting his emotional well-being and kept him in the same nursery.

Then there was the financial aspect. Every visit to the child psychiatrist is €70, a report is €140. Each therapy session is around €30 and we also take him to group activities. After approaching the social welfare services, I got a call from the Department for Social Inclusion of Persons with Disabilities and was told to come for an assessment. We had to take reports with us once more, and they seemed to concentrate particularly on the one from the intensive care unit. After a ten-minute assessment in front of a four-person panel, we were told that they had all they needed. Within weeks we were approved for financial aid. This will cover the next two years, at which time he will be assessed again.

Two years on and I still fight it every day. I still believe it is part of his character, that he just loves numbers and letters, that he just repeats and repeats them because he will become the physicist who will discover all the secrets of the universe. I still want to teach him that is it OK to be different, even though we have been trying to take him out of whatever shape he was born in and put him, very neatly, into a square. But we have our city now, and there are some very strong building blocks in place that we lean on every day.