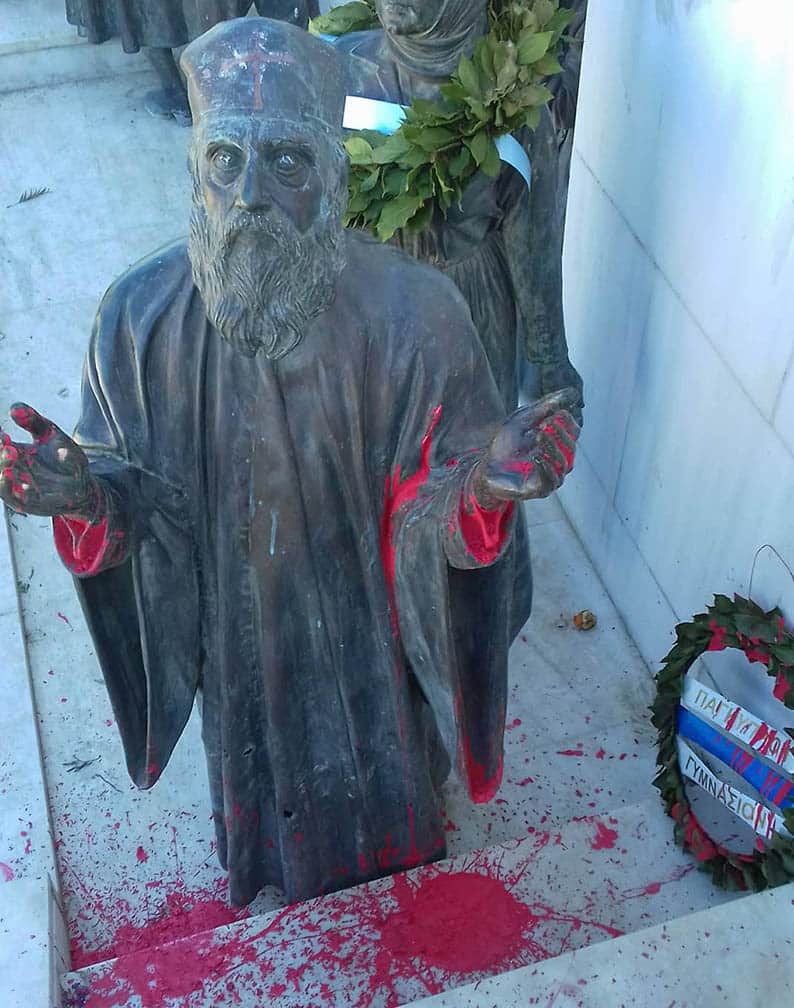 Residents and passers-by of the area near Famagusta Gate in Nicosia were taken aback on Tuesday when they saw the Liberty Monument vandalised.

Vandals paint-sprayed the phrase “Your church kills” on the marble façade of the construction and also threw paint on the hands of the statue of a priest. Later in the morning, the phrase was deleted from the wall of the monument.

The monument, located at the Podocatro Bastion, close to Famagusta Gate, was erected in 1973 to commemorate the anti-British struggle between 1955 and 1959. 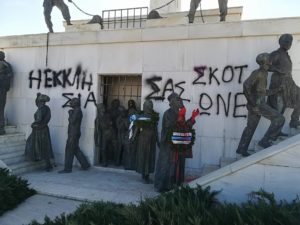 The vandalising of the monument follows strong reaction and indignation against the Church after the recent death of a young woman who had reported that her foster father, a priest, had abused her sexually in her childhood. The Church, instead of defrocking him after serving an 18-month prison sentence, reinstated him.

The Nicosia Municipality was not immediately available for a comment.