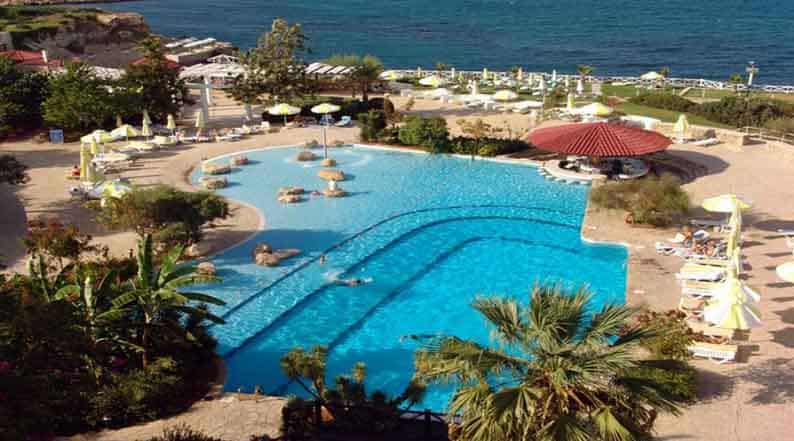 The Jasmine Court hotel near Kyrenia

The north’s immovable property commission (IPC) has agreed to compensate the legal owners of the well-known Jasmine Court Hotel and Casino in Kyrenia to the tune of almost £23m sterling but ‘the state’ does not have the money to pay up, Turkish Cypriot press reported on Tuesday.

Under the headline ‘Bargaining for Jasmine’, Havadis said the IPC decided to compensate the owners of the hotel, Pharos Estates – which no longer exists as a registered company but maintains its claim on the hotel – for £22,769,940 sterling based on pre-1974 prices. The compensation covers the hotel and the land around it.

The Jasmine Court was in the 1980s the flagship hotel of disgraced Turkish Cypriot businessman Asil Nadir who served time in the UK for fraud connected to his Polly Peck International (PPI) business empire that collapsed in the 1990s. Nadir remained a fugitive from British law for almost two decades. He had been given the hotel under lease to a PPI subsidiary Voyager Kibris by the Turkish Cypriot authorities in the 1980s.

Nadir later sold the hotel to Omer Lutfu Topal, known as the ‘King of Casinos’, and the latter turned it into a casino. Topal died in 1996.

According to Havadis, the IPC decision was conveyed to his daughter Elif Topal, who said she was ready to buy her share by paying half the money.

Havadis said Pharos Estates raised no objection to the sale of the property to the Topal family, but the paper said the process had run into trouble both because the ‘TRNC state’ did not have the other half of the money and because of legal procedures involving the Bank of Scotland, which is among the Pharos shareholders who had brought up issues pertaining to the transfer of the money to the British banking system as the hotel was engaged in gambling activities.

Representatives of Pharos Estates could not be reached for comment on Tuesday.

Until now, some 6,412 applications for compensation or restitution have been filed by Greek Cypriots to the IPC. Just over 1,000 have been settled to the tune of over £200m sterling.