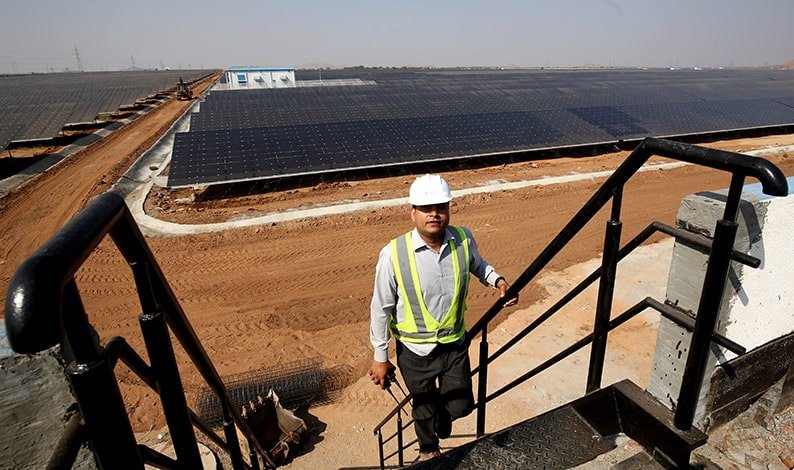 According to BP, renewable energy sources are by far the fastest-growing fuel source and will provide 14 per cent of primary energy by 2040

Rising prosperity will drive an increase in global energy demand by 2040, according to BP’s global Energy Outlook, covering energy transition from 2018 to 2040.

In its February report BP said the world is seeing growing competition between different energy sources, driven by abundant energy supplies, and continued improvements in energy efficiency. As the world learns to do more with less, demand for energy will be met by the most diverse fuels mix we have ever seen, with an ever-increasing contribution from renewables.

It is these abundant energy supplies that keep global energy prices low now and in the longer-term, said Bob Dudley, BP group chief executive, during his presentation at the IP Week 2018 conference in February in London. It was also the recurring message from the conference.

He said that competitive pressures within the global energy markets are intensifying.

“Technological advances mean our ability to produce energy is growing ever faster – be that in unconventional oil and gas, or in renewables like wind and solar energy… Abundant and diversified energy supplies will make for a challenging marketplace. Don’t be fooled by the recent firming in oil prices: the focus on efficiency, reliability and capital discipline is here to stay.”

Natural gas demand is expected to increase by a third provided it remains competitive. Low prices have been good for consumers, but also for the industry, forcing it to become more efficient – and with increasing energy abundance prices are about to become even more competitive.

Global energy is fast-changing, creating uncertainties on how the oil and gas sector’s future will evolve. The world has been moving from energy scarcity to abundance.

Much of the Outlook is based on the ‘evolving-transition’ (ET) scenario, on which the remainder of this article is based, unless stated otherwise. This assumes government policies, technologies and societal preferences evolve in a manner and speed similar to the recent past.

Based on this, the key findings of BP’s latest Energy Outlook are:

This last point is signalling the need for a comprehensive set of actions to achieve a decisive break from the past.

Government policies, new technologies and social preferences will alter the way in which energy is produced and consumed in the future in ways which are impossible to predict today.

It is expected that the world’s population will increase by 1.7 billion by 2040 and world GDP will more than double. Economic growth through increasing productivity will lift 2.5 billion people from low to middle incomes, mostly in Asia and Africa, with India and China accounting for 25 per cent of this growth.

This will drive the demand for more energy, with global primary energy consumption increasing by 35 per cent by 2040, increasing at about 1.3 per cent per year.

In terms of regions, all of the growth in energy demand comes from fast-growing developing economies, driven by increasing prosperity. China, India and other emerging-Asia account for around two-thirds of this growth.

In terms of fuels, renewable energy is the fastest growing energy source, accounting for 40 per cent of the increase in primary energy. The energy mix by 2040 is the most diversified ever seen, with oil, gas, coal and non-fossil fuels each projected to account for around a quarter of the world’s energy.

According to BP, renewables are by far the fastest-growing fuel source, increasing from 4 per cent now to 14 per cent of primary energy by 2040. This is driven by the increasing competitiveness of wind and solar, which are on the way to be able to compete with traditional energy sources without subsidies from mid-2020 onwards.

In the ET scenario, renewables in power are the fastest growing energy source, growing by 7.5 per cent per year, and accounting for over 50% of the increase in power generation by 2040.

In the ET scenario, despite declining energy intensity, without further measures taken, carbon emissions will still be growing by 0.4 per cent per year, rising by 10 per cent by 2040. Even though this rate is the lowest seen over the past 25 years, it is far higher than needed to meet the Paris agreement 2C goal.

Under the ET scenario, natural gas grows strongly over the Outlook period and it is set to replace coal as the second largest source of energy. This is supported by increasing levels of industrialisation and power demand in fast-growing emerging economies, as well as increasing availability of low-cost supplies in North America and the Middle East.

By 2040, the US accounts for almost one quarter of global gas production. As natural gas trade continues to grow, global LNG demand, mostly in Asia, increases from about 340 to about 765 billion-cubic-metres per year (bcm/yr) by 2040, overtaking pipeline gas, which increases from 486 to 682 bmc/yr over the same period. The growth in LNG trade is helping increase the global availability of gas and is likely to create a more transparent market for natural gas. This can be realised provided that gas remains competitive, but it also has other challenges.

Overall, the Outlook is quite reassuring for the oil and gas industry. But others, for example the Carbon Tracker Initiative, do not share this picture, disputing the Outlook’s findings on coal consumption and renewables penetration.

In this year’s Outlook the estimate of renewables growth by 2035 is 15 per cent higher than in the 2017 Outlook, while oil, gas and coal consumption are revised downwards. This is attracting criticism that BP is dragging its feet, not fully recognising the rapidly increasing contribution to global primary energy from renewables. In fact, over its seven Outlooks to date, BP has consistently had to revise renewables upward and gas downward, reinforcing the criticism that renewable growth is underestimated while gas growth is overestimated.

Questions that the Outlook does not address include: what would happen to oil demand if heavy transport and shipping were also electrified? What happens if increased regulation globally to reduce emissions catches and spreads further?

At IP Week Bob Dudley reiterated the stiff competition ushered by an abundance of energy resources, energy efficiency, the rapid growth of renewables and the stubbornness of coal, mean that the oil and gas industry, if anything, will become even more competitive. Gas will continue being up against increasingly cheaper renewables and coal. There is no choice but to cut costs. The upstream gas industry must embrace change and keep driving costs down. Those who can produce more competitively will survive – the rest will struggle. Prices are low and will stay low. These are strong messages Cyprus must heed if it is to be part of and benefit from this energy future.

Dr Charles Ellinas, is nonresident senior fellow of the Global Energy Centre at the Atlantic Council

Protaras needs to get its act together

Only vision and courage can solve MidEast’s longest conflict