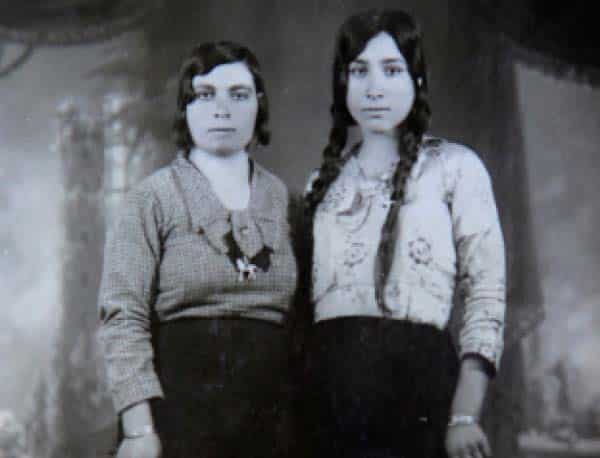 Between the 1920s and 40s around one thousand Turkish Cypriot girls were ‘sold’ into marriage to foreign men. A new documentary tells their tale

One day in 1936, an inconsolable Fetine Memish – dragged by each arm and begging her mother to relent – was sent away from her home in Alektora, Limassol to marry a merchant in Palestine.

She was 14 years old. And she never returned.

In exchange for his bride, the Palestinian merchant had paid Memish’s indebted father a few British pounds as a dowry.

Until recently, Fetine’s story had been a hushed-up family secret, similar to that of around a thousand other Turkish Cypriot girls who were sent away for the same reason during that period.

Decades later, her great-niece, Pembe Mentesh, an Australian born Cypriot relocating to Cyprus, scratched the old family wound by setting out to find Fetine. She was armed with a single photo and the information that she was “sold to an Arab”.

Encouraged by her good friend, director Yeliz Shukri, Mentesh launched an intensive search for her great-aunt and after around six years of investigation, research, interviewing family members and visits to Alektora and Palestine, the documentary “Missing Fetine” was created.

“The story of Turkish Cypriot brides marrying Arab men was brought to my attention several years ago by two Turkish Cypriots who wrote books on this topic. The issue began to haunt me,” Shukri told the Sunday Mail.

The period between the 1920s and late 1940s was one of poverty and drought. Travelling Muslim merchants seeking brides to take back home and willing to pay dowries seemed a way out for some impoverished Turkish Cypriot families.

The majority of these girls went to Palestine but some went to Egypt, Syria and Jordan.

“In a period where women had little say in the future of their lives many Muslim families forced their daughters into marriage with travelling merchants who were seeking Cypriot Muslim brides,” she said.

Some had good lives, some did not, she said, while some, like Fetine, lost contact with their families in Cyprus and could not return, “even if they wanted to”.

The film focuses on Mentesh’s search for her long-lost great-aunt but also explores the bigger issue of the other Muslim girls who left the island under similar circumstances during the English colonial period. 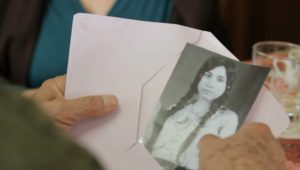 After receiving many positive reviews following screenings in festivals abroad, the documentary premieres in Cyprus next week at the Lemesos International Documentary Festival.

“I knew it was an issue I wanted to make a documentary about. For me a documentary is about finding out more, it needs to intrigue me, touch a nerve, this topic did, as a feminist, as someone who is very intrigued about her roots, Cypriotness, all these made this such an interesting thing for me,” Shukri said.

Shukri, also an Australian born Cypriot who relocated to Cyprus, said that she had it in the back of her mind, “until one day my close friend Pembe posted on Facebook that she had a great aunt who was forced into marriage and received a very brushed off kind of answer by her mum.”

After Mentesh agreed to it, the two set out on their quest.

“I wouldn’t have started to look for her actively if it wasn’t for Yeliz. I had kind of given up because no one would talk about it, so when she said ‘do you want make a film’, I said it is going to be a short film because I don’t know if I will find anything, I may not be able to find her,” Mentesh told the Sunday Mail.

She added that she had been trying for many years, asking her family for information.

“It was too painful for my mother, my aunties, they cried a lot. Some members of my family didn’t like me doing this at the beginning. It’s a very painful, sensitive issue,” Mentesh said.

It was a matter of getting these stories however, she said, “because it was through these stories that we were able to look for her whereabouts.”

On the day that Fetine Memish was dragged away from her home to marry, she asked her mother why she was the burden on the family among all her siblings.

She had six siblings in total, one died from an illness as a baby and another at the age of 19. Her removal affected her siblings and other family members in different ways. Fetine’s older brother Huseyin – Mentesh’s grandfather – ran away after she was sent away and spent 40 days in the mountains. He never forgave his father.

Her youngest brother, Mehmet, who was very young at the time, still gets emotional when he talks about Fetine.

He got close to meeting her after he was posted to Palestine during World War II. He had managed to find Fetine’s husband, Mohammed, by asking around and they had agreed to meet again the following week. But before that happened his regiment moved camp and he never saw Mohammed nor his sister. His brother in law had told him that Fetine was well and that they had two boys. At the time the couple were living in Qalqilya, a Palestinian city which is now in the West Bank.

After then, the traces of Fetine were lost as she got caught up in the maelstrom that was the creation of Israel in the aftermath of World War II.

As Mentesh set out to find her she discovered along the way information about other women who had a similar fate as her great aunt.

During their search in Palestine, for instance, they found another Turkish Cypriot woman, Fatma. She had been betrothed at nine and left Cyprus to marry at 12. In her case, she was sent away after her father died because her mother was to remarry.

After Mentesh found Fetine’s birth certificate at the Limassol district office, the next step was to get in touch with the Palestinian authorities in the occupied areas. They travelled to the occupied areas twice.

“This story has been riddled from the start with war, division, relocation, dislocation and mass movements of populations both in Cyprus and Palestine. No wonder these women were so hard to trace, no wonder it was almost impossible to find information, records, photos, clues,” Mentesh wrote in the blog she set up about her quest.

“Both countries had troubled histories and so it was the fate of these young women that they left one conflict for another.”

To go and look for Fetine and helping others track down their own lost female relatives, Mentesh said, “would bring some sort of closure and healing to a situation we kind of have closed the chapter, in a way as part of our history as Turkish Cypriots.”

One important aspect discussed in the documentary is the term ‘sold’, usually used by Turkish Cypriots to describe what had happened to these girls, but to which the Arabs in the film object to.

Shukri said that ‘sold’ is used within the Turkish Cypriot community.

“‘The father sold his daughter’ they would say, but this concerns not all, some were forced into marriage and Fetine Memish was one of them,” she said. “But we have to think about everything back then, poverty, drought, lack of women’s rights, it’s very easy to look at it from today’s perspective and make a judgement but the term ‘sold’ is something we do not use in our interviews – we say forced into marriage. We had to also be very sensitive on the perspective of the Palestinian side.”

To better understand why Turkish Cypriots would say someone ‘sold’ his daughter, they explain the mahr dowry system.

In the Arab world, mahr was a traditional form of dowry payment given to the girl, Shukri said. “But if the girl wasn’t getting this money, it was given to the parents, so that’s why the term ‘sold’ was most likely used. There could be racist connotations involved, as well, there’s many layers to this.”

“It wasn’t in our tradition, so because these girls were being given way in marriage and their fathers were keeping the money, that’s why they were saying he sold his daughter,” Mentesh said.

But even if the money was going to the parents rather than the women, the Palestinians still had to give it, as it was part of their tradition.

“Mahr is a way for women to be able to stand up on their feet, a way of giving women some kind of income so if the marriage fails she has some way of getting out of the marriage,” Shukri said.

The whole experience, Mentesh said, has been “a huge emotional roller coaster, but definitely worth it.”

But even though the documentary is about Fetine’s story, Shukri said, “we wanted to make a film that also has an international feeling. It touched people on so many levels, feminists, level of displacement, poverty.”

In Thessaloniki, Greece, where the documentary was screened for the first time last March, she said, “people hugged us after the screening because they said ‘this reminds us of how our aunts, our grandparents were forced to go to America to marry’.” It has been screened in another three international and European festivals.

The film, for Mentesh, is also about women’s rights, gender equality, human rights and child marriages.

“These things are still happening. It’s just in a different context and time frame,” said Shukri. “But the underlining principle is gender equality and women being the victims. The rights of women are more undermined in this context when there is poverty and war.”

At the same time however, “we tried to be as balanced as possible so as to not blame anybody and not make anyone look bad about what happened,” Mentesh said.

The two women have also been approached by other families searching for their lost female relatives or wanting to share their own experience.

A woman from Melbourne contacted Memish recently to say she had a grandmother who was married and moved to Palestine at the age of 13. The woman, now in her 90s, is back living in the north.

Mentesh and Shukri view their documentary as part of a process in a longer-term project.

Mentesh said that the next step would be developing a database to help others locate their relatives.

“But ideally to have some bureau of investigation with collaboration between Greek Cypriot, Turkish Cypriot, Palestinian authorities, English archives to gather the info into one place and help families come together,” she said.

And the answer to the crucial question: did the two friends ever find Missing Fetine? The women answer, “please watch the documentary”.

Missing Fetine will be screened on August 3 at the Evagoras Lanitis Centre, in Limassol at 8.30pm, as part of the Lemesos International Documentary Festival. The film was funded by the ministry of culture and education and the EU’s MEDIA funding.

The blog, that includes information on the search for Fetine but also advice for others wishing to do the same, may be found at: https://forgottenbrides.wordpress.com/

A trip down memory land at Coral Bay