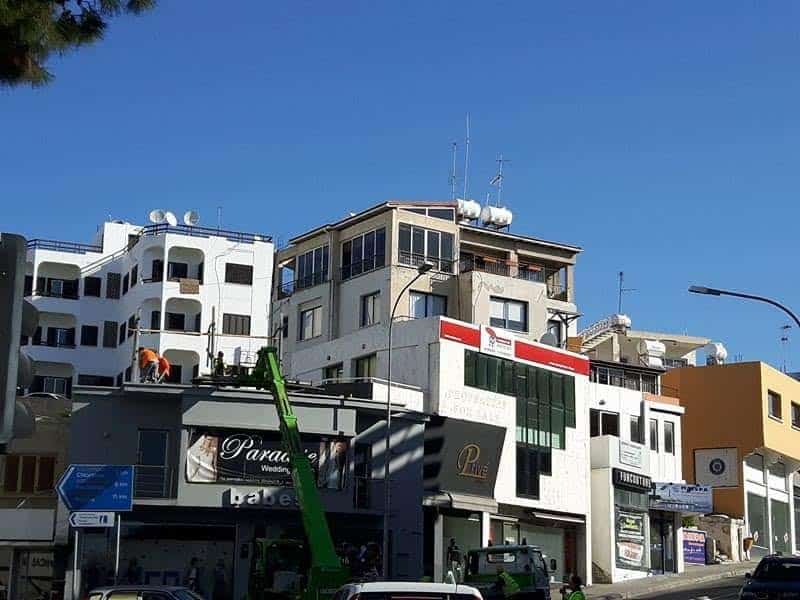 CONCERTED efforts are underway in Paphos to get rid of illegal hoardings, billboards and other structures to create a tidier image, the head of the Paphos regional board of tourism said on Monday.

“The aim is to enhance the building environment in several areas in the town and other communities and there are some areas which require more effort than others,” said Hadjigeorgiou.

The two areas that are recognised as a priority are the road connecting Paphos to the airport and the road that connects Paphos to popular Coral Bay.

“We have received a number of complaints from tour operators and travellers in particular mentioning these two areas, which some describe as disgusting.”

Work began in both areas on Sunday to remove illegal advertising boards, as well as illegally built kiosks and street food vendors outlets. The tourism head said that no-one has been monitoring these areas and people have been doing ‘whatever they want’.

“Now is the time to keep Paphos tidy and free of visual pollution,” he reiterated.

“The district office has now committed to take a more aggressive and better approach towards that end.”

The campaign, he noted has been ongoing in the district for the last five years.

Present at the meeting, along with Mary Lambrou, the district officer of Paphos, were other officials including those from the local tourism board, the president of the union of communities, and representatives of Paphos hoteliers’ association.

Lambrou briefed the attendees on the actions taken by the district office to improve the current situation and expressed her willingness to further cooperate.

It was agreed that the district administration in collaboration with the community councils will step up practical measures to remove illegal and ‘rough’ constructions, as well as non-licensed billboards located along the district’s road network.

The chairman of the regional board of tourism, George Mais, also attended the meeting and informed the participants that negative comments from tour operators called for immediate measures, especially with regard to the removal of illegal constructions and billboards.

“There are no excuses anymore. Action has to be more aggressive and then we will see how to proceed as an ongoing campaign,” said Hadjigeorgiou.