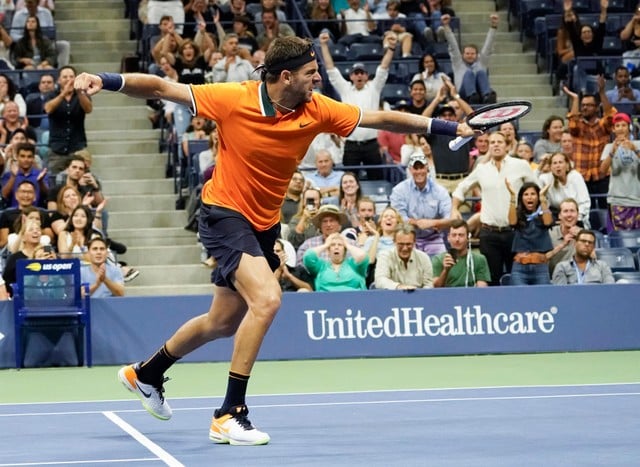 Former champion Juan Martin del Potro put on assured display to register a straight-sets victory over Spanish veteran Fernando Verdasco in their third round encounter at the US Open on Friday.

The third seeded Argentine has yet to drop a set in New York but was pushed hard by the left-hander, who has a hard-earned reputation for being one of the trickiest opponents on the tour.

Verdasco lasted two hours and 59 minutes at Arthur Ashe Stadium before he eventually succumbed 7-5 7-6(8) 6-3 as the clock ticked past midnight at Flushing Meadows.

“It was a really nice fight for both. We played three great sets tonight and people enjoyed the fight,” 2009 champion Del Potro said in a courtside interview.

“He was a good fighter tonight so I give all my best to him.”

Del Potro sent down 12 aces, 41 winners and won 80 percent of his first serves to reinforce the impression that he is fully fit and well on course to go deep at this year’s tournament.

Playing with freedom after a protracted struggle with a troublesome wrist that required multiple surgeries, he showed the confidence of someone at his peak, refusing to get rattled even when Verdasco started to make inroads on his serve.

Cheered on by a raucous crowd that went through their repertoire of songs and chants between points to ensure an electric atmosphere throughout, Del Potro took four of the five break point chances he carved out and won 18 points at the net.

His fourth round opponent is Croatian 20th seed Borna Coric, who beat Russia’s Daniil Medvedev in straight sets earlier in the day.

There was even time for Del Potro to discuss what he had been doing in his downtime after his matches and issue an invite to one of his idols, Bruce Springsteen, to come watch him play.

“I’m very fond of ‘The Boss’ and I got lucky,” Del Potro said. “I went to the theater on Broadway and after the concert I met him. It was almost like winning this title for me. Maybe he will come (to watch me play).”

Schedule of play for Day 6, Saturday, Sept. 1
No. 2 Roger Federer vs. No. 30 Nick Kyrgios
No. 4 Alexander Zverev vs. Philipp Kohlschreiber
No. 6 Novak Djokovic vs. No. 26 Richard Gasquet
No. 7 Marin Cilic vs. Alex de Minaur
No. 10 David Goffin vs. Jan-Lennard Struff
No. 13 Diego Schwartzman vs. No. 21 Kei Nishikori
No. 17 Lucas Pouille vs. Joao Sousa
John Millman vs. Mikhail Kukushkin

Turkish Cypriots take to the streets