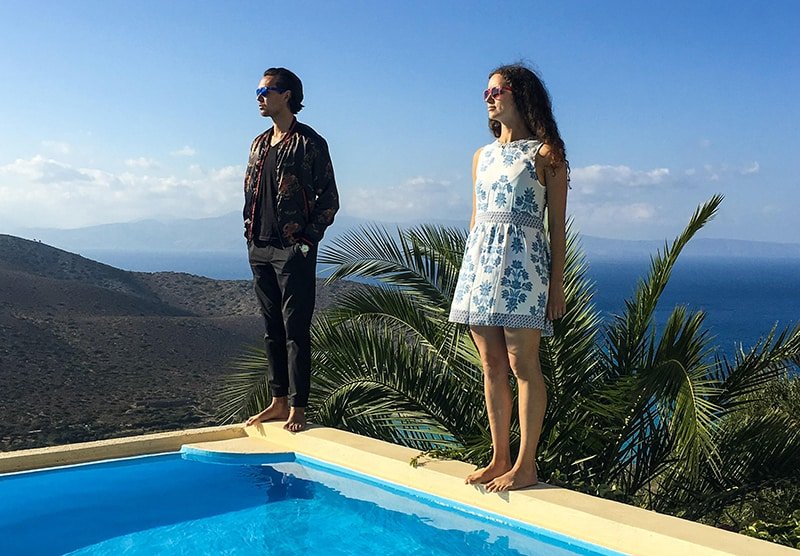 Australia is often seen to be a world away but it will be coming much nearer in Paphos on Wednesday when the Australia-based ensemble of multi-instrumentalists, composers and producers The Nano Symphony will showcase the full extent of weaving live string and wind instruments together with elec-tronics in a breath-taking experience of unique, haunting beauty.

Having just collaborated live with neo-classical wunderkind Luke Howard, The Nano Symphony will bring its post-classical show to Paphos for one night only. The two musicians, clarinettist Catherine Thompson and violist for the Opera Aus-tralia Orchestra and principal viola for the Omega Ensemble Neil Thompson, will draw from some of history’s great composers while also revealing new, original material in a fresh, inventive light.

The night’s programme will include works by Rebecca Clarke, Erik Satie, Peggy Polias and original compositions by The Nano Symphony.

Catherine is a graduate of the Elder Conservatorium of Music, Adelaide, Australia having obtained her Bachelor of Music in Performance with First Class Honours. She was a recipient of the prestigious Helpmann Academy Grant which allowed her to undertake two Professional Development Tours in Germany where she studied with Ralph Manno, Chen Halevi, Norbert Kaiser and Wolfgang Meyer. Catherine has also performed in master-classes for Sabine Meyer, Paul Dean and Nuno Silver. She has performed with the Adelaide Symphony Orchestra, Australi-an Youth Orchestra, the Elder Conservatorium Symphony and Wind Orchestras and has participated in the Tasmanian Symphony Orchestra Career Development Program and National Music Camp.

As a soloist, Catherine has performed Mozart’s Clarinet Concerto with the Elder Conservatorium Symphony Orchestra to a sold out audience and critical acclaim.

Neil’s career has taken him all around the world, including to Europe as soloist. Neil has performed and toured with the Adelaide, Melbourne, Tasmanian and Sydney Symphony Orchestras (upon holding a fellowship position), as well as with the Australian Chamber Orchestra and its sister orchestra ACO Collective. He enjoyed two years of touring with fusion band The Cat Empire and features as soloist and guest artist on their DVD Live at the Bowl.

Neil regularly performs at the Sydney Opera House with the Opera Australia Or-chestra for Opera Australia and the Australian Ballet and has also served as guest Principal viola. Primarily involved in playing chamber-music, he has been fortu-nate enough to have performed alongside Pekka Kuusisto, Kristian Winther, Paul Meyer, Richard Tognetti, Dmitry Sitkovetsky, Dimitri Ashkenazy, Simone Young, Brett Dean, Lisa Moore among others. Principal viola of Omega Ensemble, Neil is also violist for the critically acclaimed Caro String Quartet. He co-founded innova-tive ensemble The Nano Symphony with whom he composes, produces and per-forms globally. With previous conducting mentors including Richard Gill and Keith Crellin, Neil is currently conductor/music-director of Killara High’s orchestras and previously held the same post with the Nova Youth Orchestra. He has conducted numerous orchestras around Sydney and Adelaide and is frequently invited to return as guest conductor. Neil holds a Bachelor of Music in Performance with Honours from the Elder Conservative of Music, Adelaide University and studied on full scholarship at the Australian National Academy of Music in Melbourne, Australia.