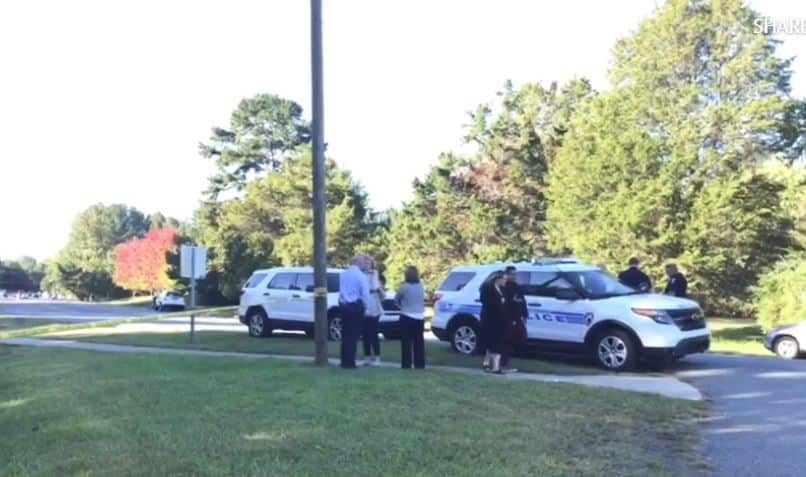 A fistfight between two North Carolina high school students turned deadly on Monday when one of them pulled out a handgun and fired at the other in a crowded hallway before the start of classes, authorities said.

The alleged shooter, identified Jatwan Cuffie, a 16-year-old student at David W. Butler High School in Matthews, a suburb southeast of Charlotte, surrendered to a school resource officer and was charged with first degree murder in the shooting death of Bobby McKeithen, 16, police said.

Cuffie shot McKeithen after the two got into a fight just before classes began at about 7:15 a.m. local time, Captain Stason Tyrrell of the Matthews Police Department said.

The school briefly went into a lockdown. McKeithen was rushed to Carolinas Medical Center in Charlotte, where he died a few hours later, Tyrrell said.

Students were later released to their anxious parents who had jammed the area around the school, while police spent much of the day interviewing witnesses and combing over the crime scene.

Surveillance video shows the two students getting into a fight before the shooting, Tyrrell said.

“From what I’ve seen and the information I’ve received, our school resource officer was very nearby when it took place, and the situation became under control very quickly,” he added.

Charlotte Mecklenburg School Superintendent Clayton Wilcox said the school did not have a policy of searching every bag that enters the school, but said all security procedures would be reviewed following the shooting.

Keeping firearms out of schools has become an urgent issue across the country since a suspect killed 17 in a shooting rampage at Marjory Stoneman Douglas High School in Parkland, Florida, in February.

“I don’t know how a young person gets a handgun in the state of North Carolina,” Wilcox told reporters. “But we are going to look into all those things, and we will do our best to make sure that this never happens again.”