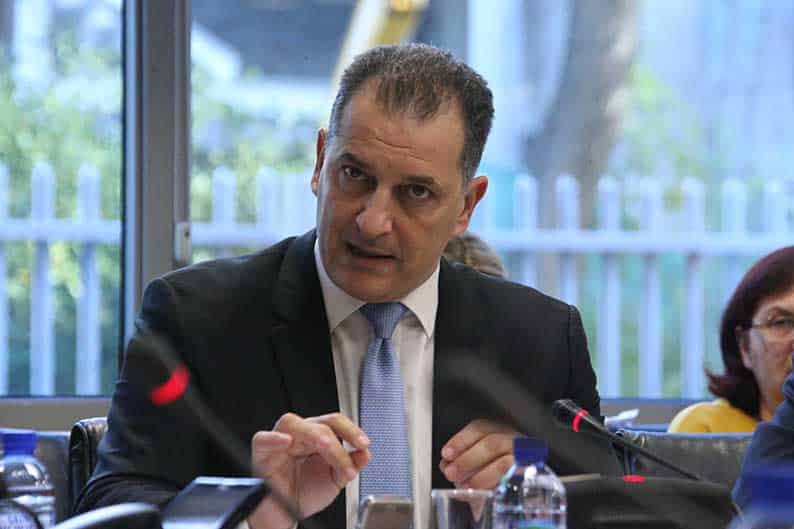 Cyprus has not lost halloumi in the UK, nor has anyone else won the trademark, Commerce Minister Giorgos Lakkotrypis told MPs on Wednesday, conceding however, that an important tool that helped defend the brand was gone after a British company last month secured an annulment of the trademark in place since 2002.

Lakkotrypis said he was not playing down the seriousness of the embarrassing mistake that cost the country its trademark. He reiterated that a disciplinary probe had been carried out and the findings were conveyed to the attorney-general.

“And because I have heard and read a lot in recent days, I want to clear something: First, we have not lost halloumi in the UK nor has anyone else won the trademark,” the minister said. “Neither will exports cease. What we lost is an important tool, which helped us defend the trademark.”

The trademark was lost because officials at the commerce ministry passed around a letter from a British court notifying the government of the cancellation application filed by a British company, instead of acting on it. A second letter was forwarded to the company registrar instead of the attorney-general. The British authorities handling the matter were not even given an email address for the ministry.

“It is serious mistake on behalf of my ministry, where certain letters simply had to be forwarded to the Legal Service and despite the instructions, this didn’t happen,” the minister said.

He said he had briefed the House agriculture committee on the corrective moves carried out to avoid a repeat of the blunder, which entail transferring the management of trademarks to a special unit under the permanent secretary.

The government IT department has also been asked to bring forward the implementation of a document management system — currently being rolled out across the civil service – ahead of the two-year schedule.

A broad meeting with the minister of agriculture and all department involved in the halloumi issue will also be convened soon.

But Lakkotrypis said the UK market was protected by the EU trademark, which will continue to be in force after Brexit.

The minister, who has resisted calls for his resignation, said he was responsible to make sure the mistake was not repeated.

The application to cancel the trademark was filed by British company of Cypriot interests, John & Pascalis Ltd.

According to the company’s website, it sells halloumi manufactured in Cyprus by Pittas but mostly Papouis Dairies, a company that belongs to the Pancyprian organisation of cow farmers, who oppose the current trademark because it provides for more sheep and goat milk to be used than cow milk. A couple of the types of halloumi sold by the company do not comply with the trademark as they either contain chilli or basil.

Purists say traditional halloumi cheese should be made exclusively with sheep and goat milk.

Cyprus applied to the EU for protected designation of origin (PDO) in 2014 but it is yet to be approved.

Cow farmers (POA) said Wednesday they were not against registering halloumi but just against “wrong registration” which will create problems in the dairy sector and for the economy.

“Our organisation supports registration of halloumi based on the practice followed in its production and promotion for decades with which we have achieved the current positive results for the national economy that we all boast of,” they said in a memo to the committee.

POA said they had been warning since 2012 about the wrong handling of the matter, adding that the recent cancellation in the UK “should not have happened”.

“From 2015 and until the end of 2018, halloumi exports showed an increase in volume of 83 per cent, while currency flowing in rose 81.55 per cent,” the memo said. “Unfortunately, the effort to alter the trademark and the decades-old trace practice, and the creation of a new halloumi trademark by setting the proportion of sheep, goat, and cow milk, and the subsequent submission to the European Commission … undermines the continuous growth of the product with very serious and certain negative economic effects.”

Old-style Club World Cup staggers on for another year