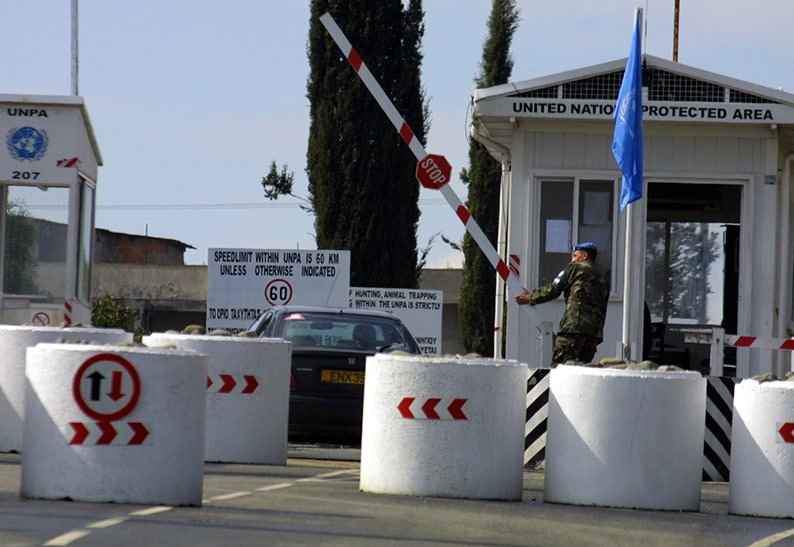 The US warned on Wednesday that the UN peacekeeping force in Cyprus cannot be part of a landscape that lacks a path toward a political solution, as the Security Council unanimously adopted resolution 2453 extending the force’s mandate for another six months until July 31.

“On principle, perpetual peacekeeping missions are unacceptable,” acting US permanent representative to the UN Jonathan Cohen told the Security Council.

“We are pleased that the new mandate reflects this view and that the secretary-general will examine how the many UN activities on Cyprus can be best configured in the current environment,” he said.

According to the American diplomat “Unficyp and the UN’s overall presence in Cyprus cannot be a substitute for, or be a part of a landscape that lacks a path toward a political solution. We look forward to the secretary-general’s report particularly on this point.”

He reiterated the US position in support of “a comprehensive settlement to reunify the island as a bizonal, bicommunal federation, to benefit all Cypriots and the wider region”.

He further underscored that “while the United Nations has a critical role to play, the political process towards a settlement must be Cypriot-led.”

“For a durable, lasting peace to take hold, the leaders must demonstrate the political courage and will to negotiate in good faith and with a sense of urgency,” he noted.

“We urge the leaders to proactively engage UN consultant Jane Holl Lute to negotiate the terms of reference for resuming negotiations,” Cohen said.

Reunification talks broke down in the summer of 2017 and there have not been any signs of a resumption since, as the two sides appear to be drifting apart from where they left the talks in Crans-Montana, Switzerland.

In response to the US comment, Russian permanent representative to the UN Vassily Nebenzia expressed regret over the fact “that one delegation is making attempts to use the sensitive situation of the island to put forward its own positions.”

Russia, he noted, “trusts that the adoption by the Security Council of the resolution 2453 will help Unficyp implement its mandate to set up security conditions for a settlement on the island”.

“The Cypriot settlement is one of the few agenda items of the Security Council where a fully unified position of its members helps to provide a solid international support for efforts of the Cypriot parties to achieve agreement on comprehensive settlement on the basis of the UN resolutions,” he said. “The reason for the consensus is the balanced position of the council and its consent for the Cypriots themselves.”

British deputy permanent representative Jonathan Allen said “we continue to be strong supporters of a just and lasting settlement to reunite Cyprus based on the internationally accepted model for a bizonal, bicommunal federation.

“Through the unanimous adoption of this resolution today we are sending a clear message to all sides: to work towards the resumption of talks through constructive engagement with the United Nations consultant Ms Jane Holl Lute, and her work to reach agreement on terms of reference for resuming talks within a foreseeable horizon.”

The latest resolution urges all involved to seize the opportunity presented by Lute’s consultations on a way forward by engaging actively. It also urges them to agree terms of reference which would constitute a consensus starting point for meaningful results-oriented negotiations leading to a settlement within a foreseeable horizon, and to renew their political will and commitment to a settlement under United Nations auspices.

It added that the Security Council requests the secretary-general to submit a progress report on his Good Offices by April 15.

It also called on the leaders of the two communities to promote peace education across the island, including by further empowering the Technical Committee on Education to address impediments to peace in school books, as a contribution to trust-building between the communities.

It urged the implementation and further development of confidence-building measures, including those aimed at improving mobile phone and electricity interconnectivity, based on a shared vision for the future and joint actions.

Turkey said late on Wednesday that the resolution did not make a realistic contribution to the efforts towards the settlement of the Cyprus issue and was not compatible with previous reports by the UN secretary-general.

“Both in his report on his Mission of Good Offices in Cyprus dated 15 October 2018 and his latest report on the UN operations in Cyprus dated 11 January 2019, submitted to the UN Security Council, UN secretary-general had emphasised the need for new ideas, without referring to a specific settlement model,” the government said.

“Despite this fact, in this most recent resolution, the UN Security Council has adopted a position which goes beyond the UN secretary-general’s views. Moreover, the UN Security Council has voiced prejudgments regarding the result of the ongoing contacts by the UN official assigned on a temporary basis by the UN secretary-general and the possible future shape of the settlement process.”

The wild flowers of Leptos Kamares Village in Paphos