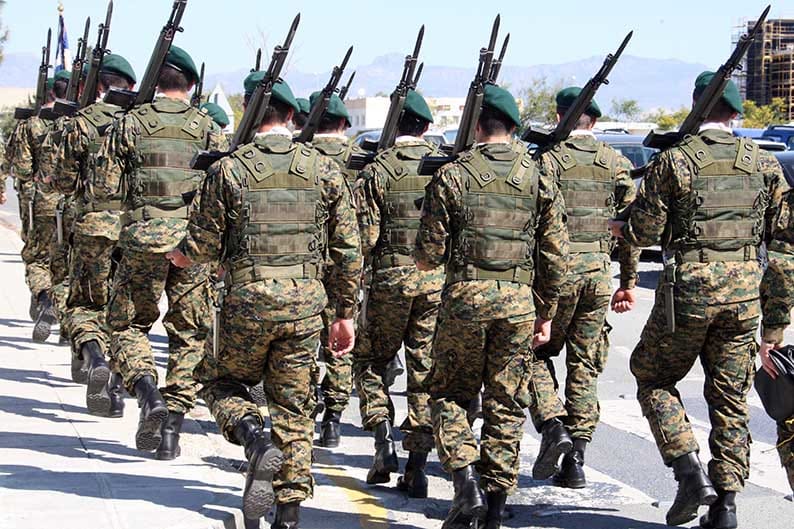 The government reiterated on Friday that it is taking corrective steps to address shortcomings in the call-up system for National Guard reservists, an issue highlighted in a recent report by the auditor-general.

Government spokesman Prodromos Prodromou acknowledged that the reservists’ system has been plagued by problems for decades, but said that measures are being taken.

“These are technical weaknesses, problems relating to the monitoring of the system, but which also reveal a problem in mentality [in reporting for reservist duty],” Prodromou said.

He said the government has already taken some steps to rectify the situation, and already since January this has produced better results. He did not elaborate.

In any case, the spokesman added, the necessary changes would be fast-tracked. This is where computerisation and e-government come in, he added.

Although the government welcomes the identification of problems in the armed forces’ recruitment and reservist systems, this information should have been kept away from the public eye, in the interests of national security.

Prodromou was echoing the defence ministry, which a day earlier likewise stated that the disclosure of sensitive information relating to the military could compromise the army’s operational capability and expose weaknesses to adversaries.

The ministry was responding to the publication of a report by the audit office that showed widespread dodging by men eligible for reservist duty.

According to the report, some 11,000 Cypriot men do not serve in the National Guard reserves either because they fail to declare their repatriation, are still listed as being students abroad despite being over 30, or they know someone in high places.

It said 10,930 men who did their army service between 1990 and 2010, have not been recruited as reserves because they are still registered in the computerised system as an “external student.”

Irish PM says deal ‘can be done’ on Brexit