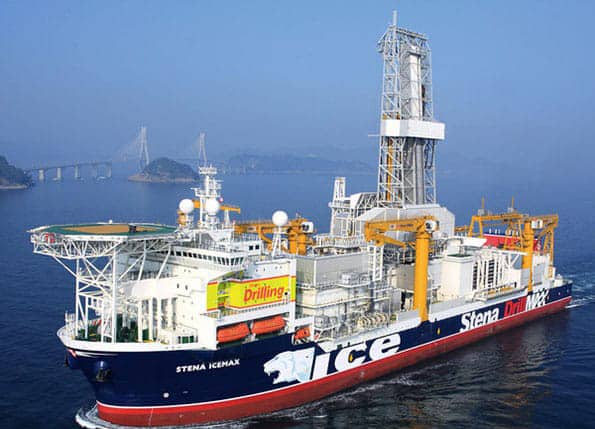 As ExxonMobil approaches the end its drilling campaign, rumours about the results abounded this week as have the extravagance of some of the claims. So let’s put what we know in context. What I present below is based on information, seismic data, satellite data, even hearsay, but we all need to be mindful that so far ExxonMobil has not made any announcements.

It appears that Delphine has not struck commercial quantities of gas, but it is likely to have encountered gas presence. Even though disappointing, given expectations, this does not mean that there is no gas in the reservoir. This can only be ascertained by evaluating the results from Delphine and potentially carrying out further drilling in the vicinity of this target. Seismic and satellite data show a strong potential for a substantial gas reservoir at this location. We need to wait and see what ExxonMobil announces.

The positive news is that there appears to be a gas discovery at Glafcos, but there are no indications of quantities, commerciality, etc. In fact, it appears that the target was penetrated only recently and there is some way to go before drilling of the complete reservoir column is completed. This will probably happen over the next week or so. Just to remind ourselves, the gas-bearing column at Zohr was about 630m deep. ExxonMobil will need to completely penetrate the reservoir in order to obtain the data required to evaluate its gas potential.

Despite articles to that effect, it is not likely that drilling has encountered oil. ExxonMobil’s programme was not only designed on the basis of drilling for gas, but oil deposits, if any, would be at much greater depths, over 6000m below seabed level, in comparison to gas reservoirs which are at about 3500-4000m below seabed level. In any case, gas reservoirs overlay oil. Oil does not come into it at present.

On completion of this drilling campaign ExxonMobil will probably spent time evaluating the results before it makes any announcements. This may take a few weeks, with any results expected to be released towards the end of February, and I will not be surprised if this is delayed to early March. It all depends on the complexity of the results from both Delphine and Glafcos.

As is usual with frontier type drilling, which is the case here, ExxonMobil will then follow completion of this drilling phase with evaluation of the results, and any other data available in and around block 10, and recalibration of its geological model before deciding how to proceed next. Certainly block 10 contains other potential drilling targets, not just Delphine and Glafcos. There is the much bigger Anthea and more. There may also be wider interest around block 10.

What is encouraging for Cyprus is that in ExxonMobil, Shell, Total and ENI we have some of the biggest international oil companies (IOCs) exploring in our EEZ. We also have Noble Energy that started this back in 2008. Moreover these companies cooperate with each other and share information they gain from their exploration activities, seismic campaigns and drilling, and geological models, thus maximising benefits and potential value of this data.

I hope that this process will show sufficiently encouraging results for ExxonMobil to continue with plans for further drilling at some future date. But make no mistake. With ExxonMobil’s global exploration interests, and very possibly other more promising areas getting a higher priority, this process may take time, even years, not just a few months.

But there are also risks that we should be aware of. Should the results be disappointing and ExxonMobil decides to abandon its interest in block 10, this could have knock-on effects on the future of further exploration in Cyprus’ EEZ. Based on seismic data, block 10 is the most promising of all licensed blocks. Disappointing results would reduce the likelihood of future significant discoveries and thus impact interest. However, based on what we know so far, I would like to hope that this is an unlikely outcome.

In one of the articles published recently, it was claimed that the recent two-month extension to the liquefied natural gas (LNG) import terminal tender by the natural gas public company (Defa) is linked to a hope for gas discoveries at Glafcos and Delphine. The tender specifies that the LNG terminal should become operational within 2020, in order to avoid serious penalties from the EU due to the use of heavy fuel oil and the high levels of carbon emissions.
Even if a substantial discovery were to be made by ExxonMobil, it could not impact timing of the LNG import terminal.

Such a discovery would need to be followed by appraisal drilling to confirm gas volumes, requiring at least another year. It would then take another two years to reach a final investment decision and 3-4 years to construct the facilities. That would take us to 2025-2026 at the earliest.
There is no way that Defa’s LNG project could wait that long!
However, with the sale of Aphrodite gas to Shell’s Idku LNG plant in Egypt reportedly getting closer, it would make sense to plan to build a small diameter pipeline to bring gas from Aphrodite for Cyprus’ needs. Even if the price of gas at the platform is $4/mmbtu, which is very high, the total cost of gas delivered to EAC using such a pipeline would be about $6/mmbtu. This is substantially lower than the $10-$12/mmbtu that the gas from the LNG project would cost EAC.
The latter would lead to an increase in the cost of electricity. The former would lead to a substantial reduction. Should the Aphrodite gas sale be completed, and we will know soon, this option must be considered seriously.

What is the goal

Going back to block 10 drilling, ExxonMobil is looking for substantial quantities of gas, not just from one gas-field but likely several, to support its ultimate plan to build a liquefaction plant in Cyprus for LNG exports. Commercial viability improves with the number of liquefaction trains. Two or three such trains, with a capacity of 5 million tonnes/yr each, will require gas quantities of the order of 15 trillion cubic feet (tcf).

That is the ultimate goal. And even then, success will depend on global markets and prices. These are not getting any easier as time passes. The relentless increase in renewable energy and shale gas mean that competition to secure a share of the global gas market is increasing.

We should not be disheartened if the results from this drilling campaign are not conclusive. But equally we should temper our expectations. Global gas markets are challenging and it takes time to get greenfield projects off the ground. However, if we were to discover the quantities of gas required to progress into major export projects, ExxonMobil, Shell, Total and ENI are some of the most capable companies to achieve this.

North slips south but no need to panic