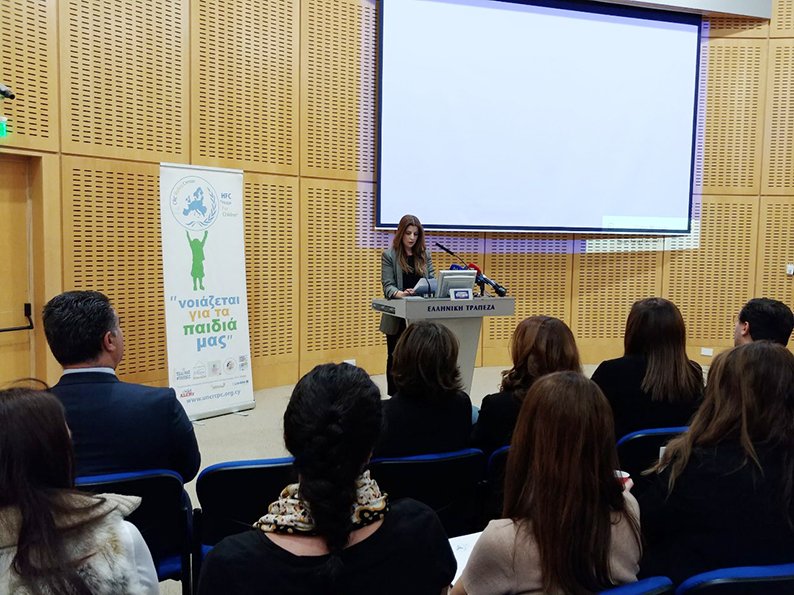 An amount of €298,065.51 which was raised for victims of the fire in Greece last year will be used for the reconstruction of a children’s shelter for the Lyreio Foundation, Hope For Children CRC Policy Center (HFC) announced on Monday.

During a news conference, the Director of Humanitarian Division, Andria Neocleous, said Hope For Children decided to support the Foundation following visits to the areas affected by the fire in Attica and the evaluation of the needs in relation to public interest infrastructures related to children.

“The building premises of Lyreio Foundation have been severely damaged because of the fires,” HFC said.

The specific building-shelter which Hope For Children will restructure under the #Stand By Greece banner, accommodates children over 12 years old and is in urgent need of restoration and furnishings.

“Lyreio Foundation is located at Neos Voutzas, and since 1967 has accommodated hundreds of children, with the nuns offering them family care, support and education operating as a big, foster family, with the only income being the public’s donations and private funds. The Foundation offers a warm family life to children from the first years or months of their life and helps them as adults to integrate smoothly to the society,” HFC said.

“Hope For Children” CRC Policy Centre will complete this project, as it has initially promised to the public, in a fully transparent manner, having the best interest of the children as the main target. This project will always remind us that we do not need to offer a lot in order to make a change in children lives.”

HFC Director-General Joseph Borghese expressed his thanks and appreciation to the public and the volunteers for their support and for responding to the call of the organisation. He also the media, the two banks and the companies that voluntarily offered their services and products during the concert that took place on July 31, 2018.

The conference was also attended by Yiannakis Yiannaki, Commissioner of Voluntarism and Non-Governmental Organisations, under whose auspices the campaign took place as well as representatives of companies and media that contributed to the campaign.