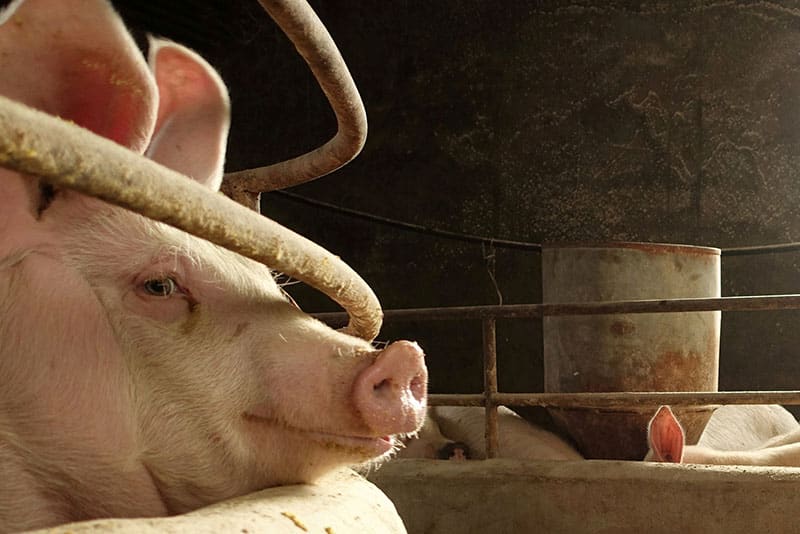 Yale University scientists have succeeded in restoring basic cellular activity in pigs’ brains hours after their deaths in a finding that may one day lead to advances in treating human stroke and brain injuries, researchers reported.

The scientists emphasized that their work did not even come close to reawakening consciousness in the disembodied pig brains. In fact the experiment was specifically designed to avoid such an outcome, however improbable.

Still, the study raises a host of bioethical issues, including questions about the very definition of brain death and potential consequences for protocols related to organ donation.

The research grew out of efforts to enhance the study of brain development, disorders and evolution. The main practical application is the prospect of allowing scientists to analyze whole brain specimens of large mammals in three dimensions, rather than through studies confined to small tissue samples, Yale said.

The study, backed by the National Institutes of Health, offers no immediate clinical breakthrough for humans, according to the authors.

Results of the experiment, to be published on Thursday in the journal Nature, run contrary to long-accepted principles of brain death, which hold that vital cellular activity ceases irreversibly seconds or minutes after oxygen and blood flow are cut off.

The limited rejuvenation of circulatory function and cellular metabolism in pig brains, which were harvested from animals slaughtered at a meat-packing plant, was achieved four hours after death by infusing the brains with a special chemical solution designed to preserve the tissue.

“The intact brain of a large mammal retains a previously underappreciated capacity for restoration of circulation and certain molecular and cellular activities multiple hours after circulatory arrest,” lead researcher Nenad Sestan said in a Yale press release issued ahead of the study.

It was in the lab run by Sestan, a Yale professor of neuroscience, comparative medicine, genetics and psychiatry, that researchers developed the so-called BrainEx system used to pump artificial nutrients into the pig brains’ vascular network.

‘NOT A LIVING BRAIN’

Scientists stressed, however, that the treated brains still lacked any detectable signs of organized electrical activity associated with perception, awareness or consciousness.

“Clinically defined, this is not a living brain, but it is a cellularly active brain,” study co-author Zvonimir Vrselja, associate researcher in neuroscience.

The BrainEx preservative included substances to block nerve signals. Researchers also were ready to halt any electrical activity that might have emerged through anesthetics and temperature reduction, according to Yale.

While the study offers no immediate therapeutic benefits for humans, it creates a new research platform that may ultimately help doctors find ways to revive brain function in stroke patients or to test new treatments for restoring brain cells damaged by injury, the authors said.

In the meantime, the research could spark new quandaries surrounding the determination of death itself, widely defined by one measure as the irreversible loss of all brain function. The blurring of that line has implications in turn for deciding when doctors are ethically bound to go from preserving a patient’s life to preserving their organs.

“For most of human history, death was very simple,” Christof Koch, president and chief scientist of the Allen Institute for Brain Science in Seattle, said in a Nature article accompanying publication of the Yale study.

Gunmen kill 14 after kidnapping them from buses on Pakistani coast