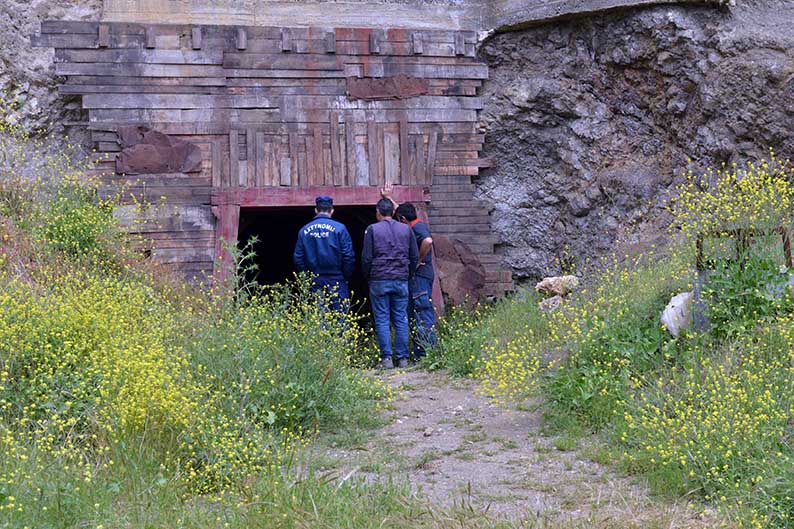 TWO more persons were arrested Thursday in connection with investigations into the death of a 39-year-old woman from the Philippines, whose body was found in a shaft in Mitsero, while as the day drew to a close an operation to drain the water from the shaft – to determine whether the victim’s missing six-year-old daughter suffered the same fate – was called off due to safety reasons.

According to the state broadcaster, police placed under arrest two men, both Greek Cypriots, aged 30 and 35. They are expected to appear before a court on Friday for their remand hearing.

The 35-year-old was said to be an officer in the National Guard. He had been questioned previously but had been released at the time.

Meantime at a meeting attended by all relevant services taking part in the investigation, the decision was taken to scrap the plan announced on Wednesday to completely drain the shaft in order to push underwater cameras deeper as the search continued for the little girl.

The technical difficulties in the operation were highlighted at the meeting by the geological surveys department, which stressed that if water was drained from the shaft the structure could cave in, making it unsafe.

As the scene in Mitsero continues to be guarded by police, authorities are searching for alternative methods by which to discern if the six-year old daughter of Mary Rose Tiburcio, whose decomposed body was found naked, arms and legs bound, and wrapped in a sheet in the mine on Sunday, is also in the shaft.

The authorities are waiting for the results of DNA tests to confirm her identity beyond any doubt, but it is almost certain she is Mary Rose Tiburcio from the Philippines.

Tiburcio had been reported missing by her roommate on May 5, 2018, along with her daughter, Sierra Graze Seucalliuc.

News that the mother and daughter were reported missing since last May caused some to question why the police did not conduct a thorough investigation at the time and whether their failure to do so was based on their Filipino nationality.

One such form of questioning was posed on social media by Anastasia Papadopoulou, head of the council for the implementation of the national strategy to fight sexual abuse and exploitation of children, and child pornography:

“I wonder why was this evidence not uncovered beforehand? Were any investigations conducted when they were reported as missing?…Did they conduct any searches, like the simple search which located the passports (in her home and in the home of her ex-partner)?…Would investigations be of the same ‘intensity’ if it were a Cypriot mother and her child?”

Responding to the criticism, the police said that the case file of the missing mother and daughter was never closed. Citing a source close to the investigation, the Cyprus News Agency added that at the time that they were reported missing, police had called in for questioning a number of people close to the woman.

Reports have said that one of those called in for questioning was the woman’s former partner and father of the girl, a 33-year-old Romanian national who was remanded for eight days on Wednesday. He had reportedly told police that the mother and daughter had left the country.

Police said they had also found rope at the father’s home, which was similar to the one used to tie up the woman.

The roommate had told police that the day prior to her disappearance, Tiburcio had travelled to Nicosia from Larnaca, apparently to meet a man she had met on social media. She and her daughter never returned.

On the day of her disappearance, Tiburcio did not take any of her personal effects with her, nor her passport.

Her body was found on Sunday by two foreign nationals who were recording footage from the area.

Three more individuals were present at the scene at the time, police said.

“Two of them went down the shaft and saw the body up close, which was bound with the blue rope, confirming it was human,” lead investigator Ioannis Yiorkadjis told the court.

The woman was still wearing two heart-shaped earrings, photos of which were shown to her roommate who recognised them as belonging to the victim.

State pathologists also found that Tiburcio had two false teeth, a fact raised by her roommate in her statement to police.

The court heard that Tiburcio and the suspect had been living together in the past but he used to drink and be abusive.

Tiburcio took their daughter and left the man in 2015, cutting off all relations with him. The last time he saw his daughter was in March 2017 when his mother visited from Romania.

Investigators also seized three mobile phones and three phone cards belonging to the father, which will undergo forensic examination. They also ask the court for permission to access the suspect’s phone records.

The man denies harming his child and former partner though he admitted hitting her in the past, police told the court.

Meanwhile the Filipino community in Nicosia were organising a vigil on Sunday in Tiburcio’s memory.

The ceremony will be held at the municipal park near the town centre and those taking part should wear plain black t-shirts.

EXPLAINER-How the EU will vote and why it matters