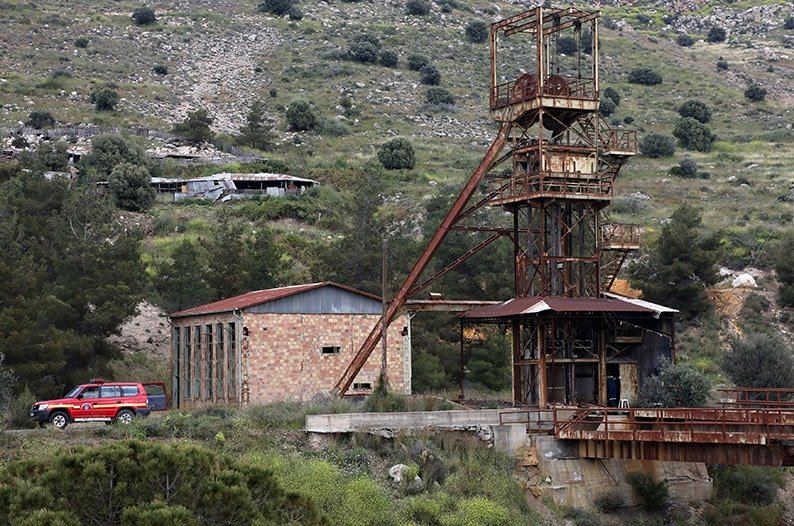 Mitsero mine: the crime scene

By Lucas Danos and Elizabeth Yardley

OVER the past two years, 22 women from the Philippines have gone missing in Cyprus. A 35-year-old man, Nicos Metaxas, has so far confessed to the killing seven missing women and children. Mary Rose (38) and Arian Palanas Lozano (28) were the first victims to be identified.

Locals were aghast at the news, expressing their shock that something like this could happen in a place like theirs. They emphasised how ‘close-knit’ the community is and how everyone knows and looks out for each other.

Professor Elizabeth Yardley and I argue that the reality is something altogether different. Whilst the perpetrator chose to end the lives of these women, social and cultural forces that continue to divide communities facilitated it.

Mary Rose went missing in May 2018. She and her daughter had gone to spend the night in Nicosia and were never seen again. They were thought to have simply left the island. The subsequent disappearance of Arian in July raised questions about the level of urgency in the police investigations. Had the police taken Mary’s disappearance more seriously, perhaps Arian’s death could have been prevented. Her case was classed as a non-police matter.

Cypriot police have announced that they expect to find more victims. As such, the alleged perpetrator has been labelled a serial killer – someone who kills three or more victims in separate incidents in a period greater than 30 days (Wilson, Yardley, Lynes, 2015). He hunted for victims online and strangled them as he sexually assaulted them. To him these women were objects, simply there for his own gratification, fulfilling his need for complete power and domination. He took photographs of the body disposal sites, mementoes (Miller, 2014) which enabled him to relive the events and continue to exert control over his victims after their deaths.

This killer devalued and demeaned Mary and Arian. But so did Cypriot society. These women have been described as ‘domestic workers’. That their relationship to the economy is the main criteria upon which they are defined is very revealing. They existed on the margins, fulfilling a role in Cypriot society without ever really being part of it. They were women in the shadows. Women who went unseen. Women who didn’t matter – until they became victims. It’s a tragedy that the ‘victim’ label carries more status than that of ‘domestic worker’ or ‘migrant’. But Mary and Arian were not just domestic workers. They were mothers, sisters, daughters and friends. Women with hopes, aspirations and plans.

One of us was born and raised in the south Mediterranean and believe that Cypriot society is in a state of interpretive denial (Cohen, 2001) about migrant domestic workers. They know these women are there, they see their vulnerability – but they respond in ways that justify not acting on what they see. This runs completely counter to the principles and spirit of south-east Mediterranean culture.

Xenios Zeus, the ancient Greek God of hospitality emphasised the importance of accommodating travellers. Hospitality is deeply rooted in our consciousness – a moral mandate. Xenios Zeus’s philosophy is still very much embraced, this part of the world, after all, is heavily reliant upon the tourist trade. It attracts travellers from Europe and the USA whose holidays are preceded by much daydreaming about the sandy beaches, blue seas and mouth-watering cuisine of the region. However, it seems that some travellers are more valuable – and valued – than others.

Tourists are welcomed with open arms as they burn through their holiday spending money in bars, restaurants and tavernas. They are warmly waved off at the end of their vacations, ‘Please come again next year’. Migrant domestic workers do not receive quite the same reception.  They live behind closed doors. A parallel population. Present and absent. Working in the basement of the economy. Taking on responsibilities without acquiring many rights.  There but unseen.

Interpretive denial is not a Cypriot thing.  It’s endemic across all neoliberal political economies of the world. We prioritise wealth and ‘liberty’ above all else, under the illusion that we are free to thrive and achieve success if only we are prepared to work hard enough. But the reality is that some are freer than others, some have more choices than others, some have more protection from harm.

As Wilson (2007) argues, serial killers target the vulnerable and the marginalised, those we don’t notice or choose not to see. It is no coincidence that sex workers, gay men, elderly people and young people who have run away – or been pushed away – from home are among the groups targeted most often by perpetrators. In these cases, it is the victim rather than the offender who becomes the other.

Much discussion has focused upon the alleged racism of the Cypriot police. However, this is merely a symptom of an underlying disease. If the police did not provide the service that Mary and Arian deserved simply because of their colour, culture or ethnic origin then this must be investigated and those involved held accountable. However, actions can only grow from values and beliefs. When we judge people, when we see ourselves as above them, when we don’t embrace them into our culture, when they are separate from ‘the rest of us’ they become vulnerable to the worst kinds of harm. For as long as we continue to other them, women like Mary and Arian will continue to be preyed upon and this will not be the last case of its kind that we will see. It will simply be the tip of an iceberg.