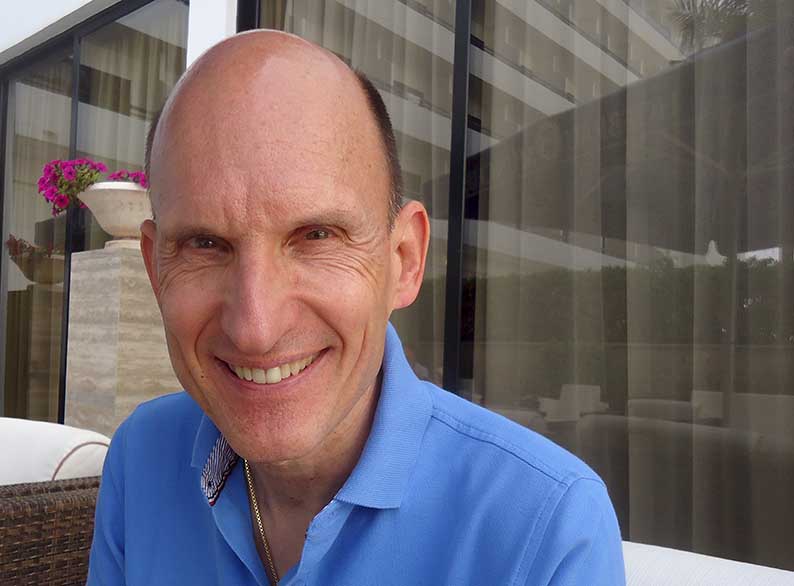 The Council of Europe's Jan Kleijssen

A TWO-DAY conference of directors of prison and probation services from the Council of Europe wrapped-up in Ayia Napa on Wednesday.

During the event, Jan Kleijssen, director of Information Society and Action against Crime of the Council of Europe, discussed new technologies and artificial intelligence. Delegates were also briefed by outgoing Justice Minister Ionas Nicolaou, and Anna Aristotelous, director of the Cyprus Prisons.

“I must say I am very impressed with the dedication of the prison department here in Cyprus,” Kleijssen told the Cyprus Mail, on the sidelines of the conference.

“What I do know is that they are committed to ensure that the prison system in Cyprus corresponds to the highest possible standards in Europe.”

One positive statistic, highlighted by Dominik Lehner, chair of the Council for Penological Cooperation was the decrease in suicide rates.

“I know there are several places like Cyprus, for instance, where it is decreasing. In 2015, 2016 and 2017, there were no suicides in Cyprus prisons, and there was one in 2018. And it used to be about three a year. So, it’s getting better not worse,” Lehner told the Cyprus Mail.

During the event, attendees evaluated the advantages and pitfalls when using new technologies in the management of suspects and offenders, and the human factor in dealing with people in detention or under probation.

“Artificial intelligence is likely to be the biggest game changer in human history. It has so many possibilities,” Kleijssen explained.

“It can help prison staff in a number of ways, it can help management it can also help in replacing human controls, and there can be automated body scans and detection of illegal substances being smuggled into prison.”

Furthermore, discussions touched on the ethical implications of the use of new technologies and how traditional working methods with suspects and offenders can be impacted by digital transformation, as well as what safeguards need to be put in place.

According to recent figures presented at the conference, Cyprus has a probation population rate of 106 probationers per 100,000 inhabitants. Furthermore, the island also has the second-lowest proportion of women under supervision and the ninth-lowest correctional population rate.

Other statistics show the proportion of inmates serving sentences for drug offences is particularly high at 29.1 per cent of the prison population, whist prison administrations with the highest proportion of foreign inmates were in Switzerland at 71.4 per cent, Austria at 54.7 per cent, Greece at 52.7 per cent, Catalonia in Spain at 43.1 per cent and Cyprus 39.7 per cent.

Other topics included violence in prisons, the management of the execution of sentences, and confidentiality and data protection.

Delegates will receive a tour of the Nicosia Central Prison on Thursday.

Chip designer ARM halts work with Huawei after US ban