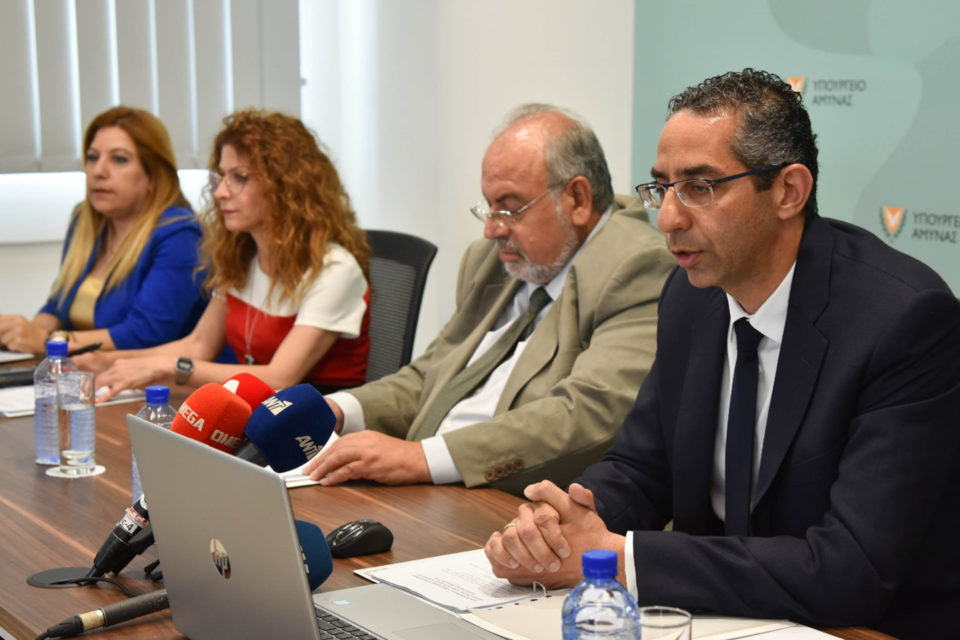 One of the defence ministry’s main objectives in 2019 will be to plan the expansion of the naval base at Mari to be capable of hosting French navy vessels, minister Savvas Angelides said on Wednesday.

Speaking at a news conference, Angelides said the expansion of the base was linked to a military cooperation deal with France.

Earlier this month, Angelides signed a letter of intent with his French counterpart Florence Parly.

The document provides for the use of the Evangelos Florakis naval base by the French navy. The official statement said the purpose of the agreement is “to strengthen the naval capabilities of the Republic of Cyprus and broad strategic cooperation for the benefit of the maritime forces of the two states”.

As part of Pesco, the EU’s joint military investment and project development programme, Cyprus has set the upgrading of its infrastructure as a priority, Angelides said.

“Our concern is to have this infrastructure that will be used by the Republic of Cyprus, used by the EU as part of this policy and at the end of the day to make it clear to everyone that Cyprus has a role to play in this region,” Angelides said.

Taking stock of his first year in office, Angelides said from the onset he had asked everyone to work hard without pompous declarations.

“We took steady steps forward and I am in a position to say that we have fixed distortions, set priorities, and engaged in actions that started yielding results and upgrading the National Guard.”

The minister outlined the six pillars of action on which his ministry’s objectives are based.

First and foremost was the reinforcement of bilateral relations and military cooperation with other states, which includes regional cooperation, improving relations with the USA and the EU, and search and rescue operations.

“The government’s careful moves in recent years have reinforced Cyprus’ role in the EU and turned it into a credible factor of stability, a regional pillar of cooperation, and contributor of security in the area,” Angelides said.

From then on, the ministry aims to strengthen the National Guard’s operation capability, reform and reorganise the department and the army command, maximise utilisation of available fiscal resources and boost the budget, simplify legislation and bolster human resources.