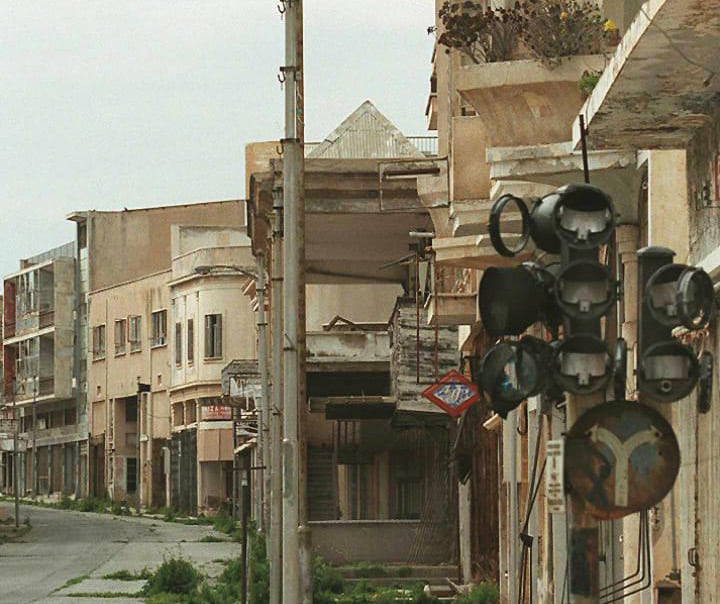 The Presidential Palace said on Wednesday a Turkish Cypriot move relating to the abandoned town of Varosha was unacceptable and only served to promote the island’s permanent partition.

Undersecretary to the president, Vasilis Palmas, said Tuesday’s announcement that properties inside the fenced-off town in Famagusta would be catalogued by Turkish Cypriots was “completely unacceptable” and only served the island’s permanent partition.

On Tuesday, Turkish Cypriot ‘foreign minister’ Kudret Ozersay said the administration would evaluate conditions for action in Varosha, currently under the control of the Turkish occupation forces.

Reports said the Turkish Cypriots would coordinate their actions with Ankara and a team of experts will visit Varosha to make a list of movable and immovable properties in the town.

Palmas said what Ozersay was doing had been proposed in 2014 ahead of a visit by US vice president Joe Biden.

“We had come very close to an agreement for the creation of a joint committee of Greek and Turkish Cypriots as well as international experts on Famagusta, an agreement that was scuppered by Ozersay at the last moment,” Palmas said. “It is a completely unacceptable approach, which essentially creates certain partitionist positions in the particular issue.”

Palmas would not speculate on what the Turkish Cypriot endgame was, adding, however, that they never did anything without Ankara’s approval or guidance.

“We are dealing with Turkey, which pulls the strings. I don’t think Mr Ozersay took such an initiative; it was probably done with Turkey’s guidance.”

Dubbed ghost town, Varosha was abandoned by its Greek Cypriot inhabitants in August 1974, ahead of the Turkish army’s advance.

It has remained closed ever since, apart from a couple of hotels on its northern side, which are used by the Turkish army.

UN Security Council resolution 550 called on Turkey to return the area under UN control and considers “attempts to settle any part of Varosha by people other than its inhabitants as inadmissible”.

On Wednesday, Turkish Cypriot ‘prime minister’ Ersin Tatar said cataloguing the properties was the first step ahead of opening Varosha.

“The rights and interests of the old owners and the (Islamic religious organisation) Evkaf property will be taken into consideration when Varosha opens,” he said.

Tatar said one of his administration’s main objectives was to protect existing Turkish Cypriot rights and together with Turkey they were determined to put an end to the Greek Cypriot side’s use of the status quo against them.

He also said that Varosha, which is now a ghost town “will become Las Vegas again”. Recalling that celebrities such as Marilyn Monroe and Sophia Loren had visited Varosha in the past, Tatar said that it was about time for international stars to visit the town once again.

Ozersay said the town has been turned into a symbol of the status quo, adding that he had proposed opening the area under Turkish Cypriot control in 2015.

In an interview on Wednesday, Ozersay said they have not yet finalised their plans but they will not be undertaking any action that invalidates the rights of the Greek Cypriot owners.

He said the expert team of architects and town planners will review the buildings’ condition and the infrastructure in a bid to draw the policy to be followed afterwards.

“We are not planning this as a step that we will negotiate with the Greek Cypriot side. We do not consider this a confidence building measure that we will discuss,” he said.

Ozersay said Varosha was part of the breakaway state, a military zone, but it must cease being no-man’s land.

“We are taking a step to bring life. No such decision was made in the past.”

He conceded that UN decisions mainly concerned the return of the town to its original owners but suggested that Evkaf also had rights to certain parts.

Legal experts have dismissed the Evkaf claim in the past, pointing to the Republic’s Treaty of Establishment in 1960, which includes an appendix on the final settlement of all claims by Turkish Cypriots, including Evkaf, in exchange of £1.5m sterling paid by the British government.

Appendix U, titled Financial Assistance to the Turkish Community, is a letter by the British governor to the island’s then vice president Fazil Kutchuk and Turkish Cypriot negotiator Rauf Denktash, asking them to confirm “your acceptance of the arrangements …” contained in the letter, which the two men did. The text of their letter accepting the arrangements is included in the appendix.

Those include granting £1.5m to the Turkish Cypriot community to be used for education, the development of Evkaf property and cultural and other purposes.

“I also have to request your confirmation that the Turkish Cypriot community, including the High Council of Evkaf, have no financial claims against the Government of the United Kingdom, or against the Government of the Colony of Cyprus, arising or purporting to arise out of or in connection with either the administration of Cyprus or the establishment of the Republic of Cyprus or otherwise, and no such claims will be made hereafter by or on behalf of the Turkish community.”

The Turkish Cypriot side had made similar utterances in 2017 – following the collapse of reunification talks – relating to the return of the Maronites to their villages in the north.

So far, however, there has been no concrete progress.