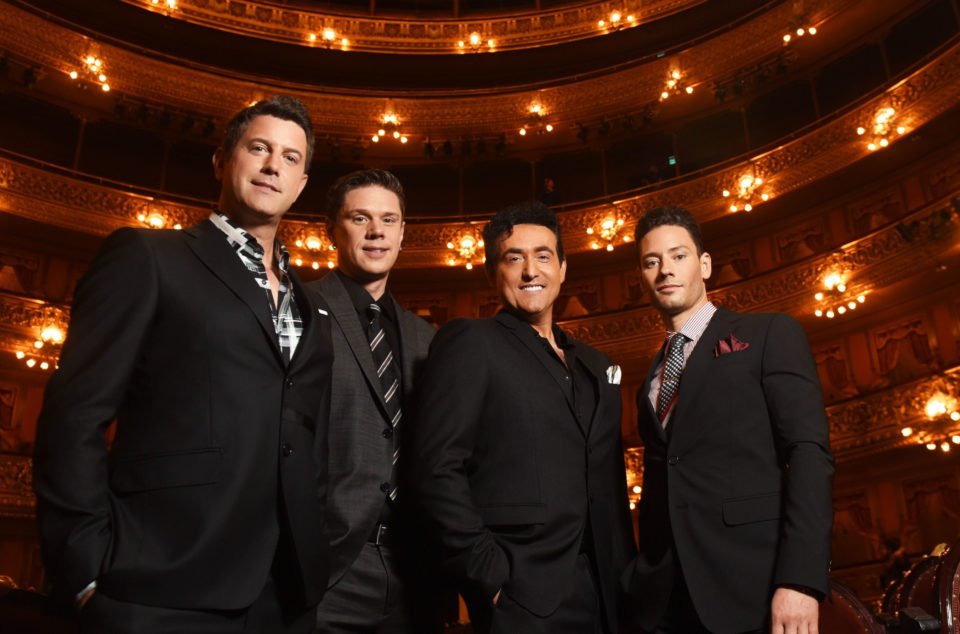 Yes, this is a manufactured group. But there’s nothing contrived about these voices. Opera’s answer to pop (and pop’s answer to opera), this is a vocal ensemble which was carefully constructed by none other than music mogul Simon Cowell back in the early 2000s. Still going strong almost two decades later, they’re now on a world tour known as TIMELESS, a tour which will on July 17 and 18 include Limassol. Yes, renowned crossover group Il Divo are on their way to Cyprus!

Brought to us courtesy of Moonlight Show Productions, Il Divo is a multi-national vocal quartet that has become one of the bestselling classical music bands ever to exist. They’ve sung for the Queen and for the Obamas, with Celine Dion and Barbra Streisand. They’ve got themselves into the Guinness Book of Records (as the most commercially praised, classical-crossover band in music history). And they’ve sold over 30 million albums worldwide. They’re also the recipients of 160 gold and platinum awards in over 33 countries, their hit songs such as Regresa a mi (Unbreak My Heart), The Time Of Our Lives, Si voy a perdert (Don’t Wanna Lose You) and I Believe In You (Je crois en toi) proving that opera + pop = instant success.

Well… as long as you can sing, that is! But there’s no problem there: Il Divo was actually put together after an exhaustive global search for the very finest young voices. “We did this like we were putting together an opera,” said the group’s creator, Simon Cowell back in 2003 when he first introduced Il Divo to global audiences. “I wanted to do a younger version of The Three Tenors, so we hired opera experts all over the world to find four of the best undiscovered operatic singers in the world and asked them to make an album which was classical but at the same time popular.”

Known as operatic pop (and sometimes as the far catchier popera), this is a subgenre of pop music performed in an operatic singing style, or a song, theme or motif from classical music stylised as pop which sprang from the Tin Pan Alley musicians of the early 1900s. Popularised by American Vaudeville, musical comedies, jazz and operettas, it’s a genre that died a death sometime in the 1920s. And, other than the odd crossover hit from well-known operatic stars that was pretty much it. Until Il Divo came along and completely revived the genre…

“I’ve been trying to bring them to Cyprus for 10 years,” she reveals, “but they’re so in demand it’s been quite a challenge. What they do appeals to everyone – to people who love pop music and to those who enjoy opera – and that makes them very popular all over the world. It’s not,” she continues, “like watching opera where you may not know the songs or even the language. Il Divo is the ultimate crossover group: we all recognise the songs they’re singing, but can appreciate the group’s inimitable operatic style and sensational voices. I’m sure,” she adds, “that local audiences will respond. I think this is the first time famous pop opera has come to Cyprus – we’ve had opera singers and pop singers, but never this genre and certainly never an ensemble who are so well known.”

While Il Divo’s two local concerts are taking place over a month away, the group’s popularity means tickets will be selling out fast! So if you’ve a hankering to hear the best in popera, get booking now. The two shows will be “truly incredible,” say organisers. “Unlike anything heard live in Cyprus before!”

At the Limassol Municipal Garden Theatre from 8pm on July 17 and 18. Dress code for audiences is formal. Tickets start at €50 and are available from www.tickethour.com.cy  / ACS Couriers. For more information call 77777040 or visit the Facebook page ‘Moonlight Show Productions Ltd’

More rain expected although temperatures will go up by Monday

Shocking historical facts they never taught you in school