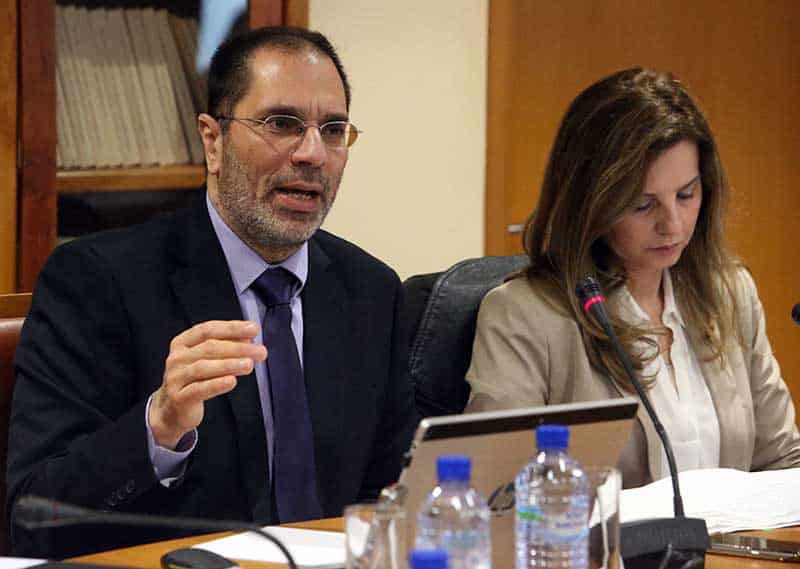 Rather than serving the public interest, the auditor-general Odysseas Michaelides is transforming himself into the “conscience police”, the board of a think tank for the modernisation of society (Opek) said on Wednesday.

Responding to the dispute launched on Monday by Michaelides through his Twitter account over a Reuters report which was posted on the Cyprus Mail website regarding the explosion in the north, Opek questioned whether independent institutions such as the one led by Michaelides truly foster democratic conditions.

Michaelides had taken issue with the way Reuters referred to a village in the north known to Greek Cypriots as Vouno by its Turkish Cypriot name Tashkent, citing a specific law from 2013 which prohibits the use of place names that are not recognised by the Republic of Cyprus.

The public, it added, must shoulder the costs both literally and metaphorically of the irregularities that are constantly being observed.

A particularly striking case of the problematic functioning of these independent institutions is the work of auditor-general, Odysseas Michaelides, Opek said.

“While exhibiting an unjustified inertia in auditing serious and outrageous scandals and abuses of power that concern society, he demonstrates a passionate obsession with a particular category of issues: those that would only satisfy the ‘patriotic’ reflexes of society.”

The latest example of such activity by the auditor-general is the launching of an investigation against the Cyprus Mail, which used the illegal Turkish Cypriot place name for the village Vouno, Opek said.

The group clarified that if someone was to look at the case individually, and if the auditor-general had shown similar sensitivity to important issues, then that person could say that he did well in raising the matter of the newspaper’s choice of words.

But due to his almost exclusive dealings with such issues, Opek said, Michaelides is making himself into a form of “conscience police”.

Michaelides’ “selective behaviour and the direction of his actions not on the basis of an objective code but on the basis of his narrow personal perceptions is a serious blow to democracy,” the group asserted.

They added that the public pays large sums of money for the functioning of independent institutions, making it “absurd that instead of being serve by them they are having their thoughts policed.”

Volcano erupts on Italian island of Stromboli, kills one person