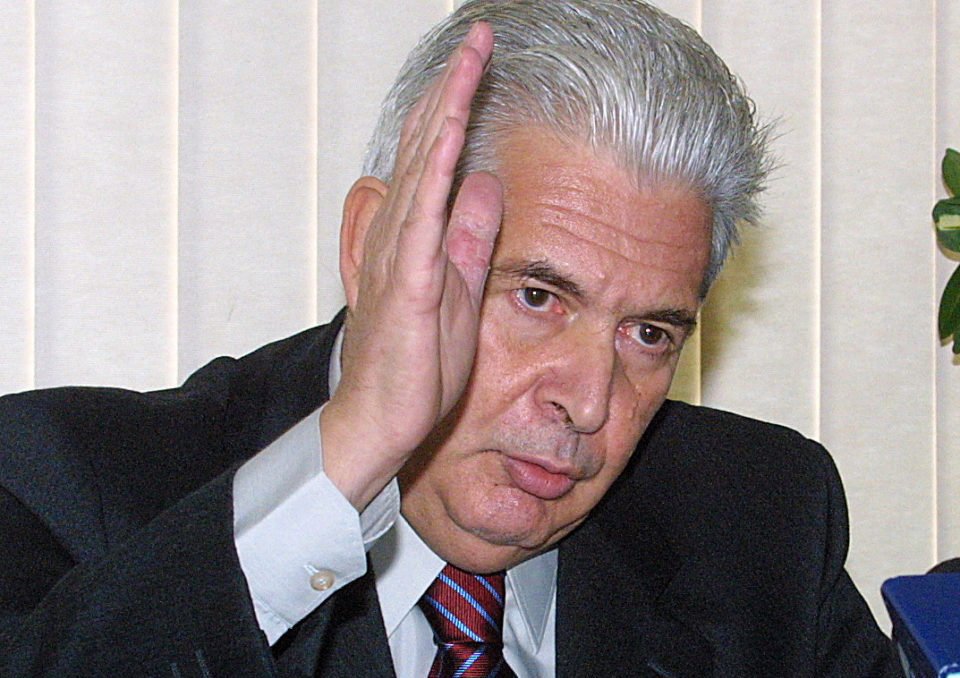 Alexis Galanos, who died aged 78 on Monday, was not the average Cypriot politician. A truly public-spirited, generous and honest man, he liked to joke among friends that he was one of the few Cypriot politicians that ended up poorer than he was when he entered politics, his involvement spanning more than 40 years.

He was a political animal, who could not stay away from public affairs for long, even though he tried. His last public office was as mayor of occupied Famagusta a post he kept since he was first elected to it as an independent in 2006. He also served as President of the Cyprus Union of Municipalities until 2016.

I first met Alexis in 1991, soon after he was elected President of the House of Representative. I was invited to his office for a meeting during which we discovered we both had a love of crime fiction. His eyes lit up when he realised I was well-acquainted with the novels of the hard-boiled writers of the 1930 and ‘40s like Dashiell Hammet and James M. Cain and was a big fan of Raymond Chandler.

“Right, we are going to my house now,” he said and were driven to his home where he had the most amazingly unique library of crime fiction, including numerous first editions in their original dust-jackets, Blue Mask detective magazines from the ‘30s and many other rarities. He had a comprehensive knowledge of and passion for all crime fiction and did not snub the gentler English writers such as Agatha Christie and Dorothy L. Sayers, whose protagonist, Lord Peter Wimsey he was particularly fond of.

The scion of a wealthy Famagusta family, that lost a big part of its business in 1974, Galanos entered politics soon after being elected to parliament for the first time two years later with Diko. He was elected to parliament another four times while from 1991 until 1996 he held the post of House President.

Many wondered how a well-educated (he studied Economics at Cambridge University and subsequently became Barrister at Law) sophisticated and honest man could put up with the shabby, political wheeler-dealings of the Diko leader and President of the Republic Spyros Kyprianou for so long. The pull of politics was so strong, he was prepared to put up with Kyprianou’s erratic leadership, even though they eventually parted ways and Galanos set up his own party and unsuccessfully stood in the 1998 presidential elections.

He had become disillusioned with the presidency of Glafcos Clerides whom he campaigned for in the 1993 elections. In that campaign, Galanos entered political lore when he announced on television a few days before the second Sunday run-off that George Vassiliou, who had taken by far the biggest share of the votes on the first round of the election, “has run out of petrol.” He was proved right and his phrase remains a part of Cyprus political vernacular to this day.

He stayed away from politics after 2001, although in 2003 he was appointed chairman of a council of economics experts put together by President Tassos Papadopoulos. The council was largely ignored by the government and Galanos decided he could not stay away from politics and started planning his return. “It is an addiction I cannot kick,” he told me when I reminded him that he said he was through with politics.

In 2006, he stood as an independent mayoral candidate for Famagusta and without the official backing of any party, defeated the favourite that was supported by several parties. As mayor, he organised a petition for the return of Famagusta to its inhabitants, collecting 30,000 signatures which were used for a campaign abroad that nevertheless had no practical impact.

In the last few months, he made no secret of his fears that Famagusta would never be returned, because he felt President Nicos Anastasiades had given up on a settlement. He organised a demonstration by Famagustans outside the presidential palace last month and led the delegation that met Anastasiades and urged him to return to the negotiating table, otherwise, Famagusta would be lost. This was to be Galanos’ last political fight.

Although he possessed a self-deprecating sense of humour, Galanos took his politics seriously and always tried to make a difference, change things for the better. He would fight for what he believed to be right even when the odds were stacked against him and he had no chance of winning. Whenever I asked him why he bothered, he would jokingly, quote Raymond Chandler: “Down these mean streets a man must go who is not himself mean….”

He is survived by his wife Alexandra and two children.