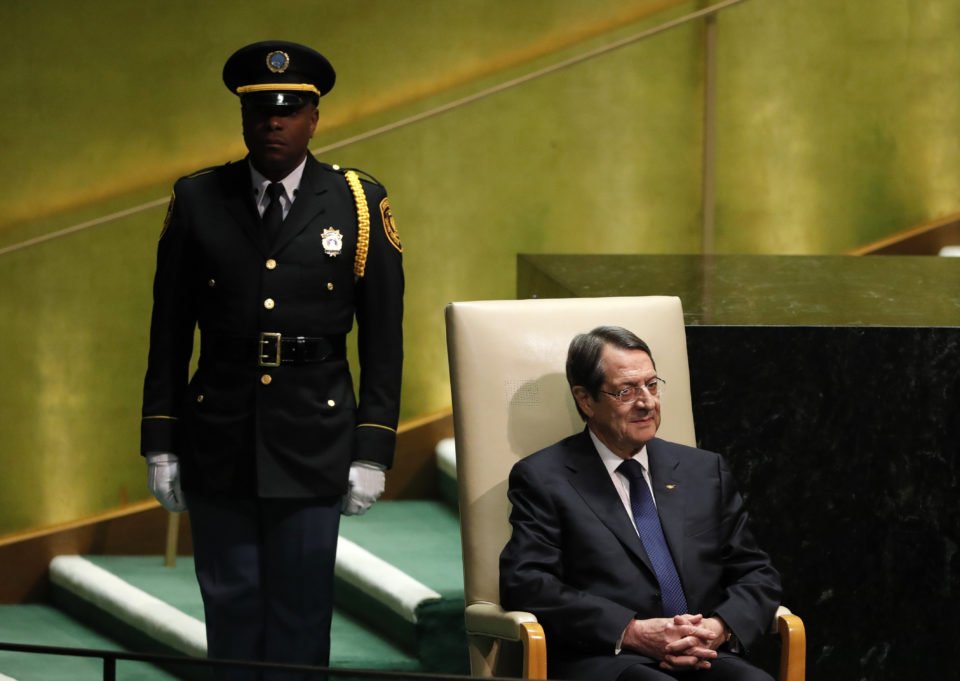 President Nicos Anastasiades will on Friday meet the UN Secretary-General, Antonio Guterres in New York, a day after stressing to the General Assembly that the UN and the Secretary-General’s Good Offices Mission are “the only way forward” for a Cyprus settlement.

Anastasiades will also attend a lunch with the Permanent Representatives of the five permanent members of the UN Security Council, and he is expected to meet with Archbishop Elpidophoros of America.

Addressing on Thursday the UN General Assembly, President Anastasiades expressed his full dedication and support to the effort of the UNSG where it stopped at Crans Montana.

On Thursday Anastasiades also met Russia’s Foreign Minister Sergey Lavrov, who expressed Moscow’s support towards a Cyprus settlement, on the basis of Security Council resolutions, as well as with regard to the issue of Famagusta.

Murray bows out in China, Tsitsipas forced to retire