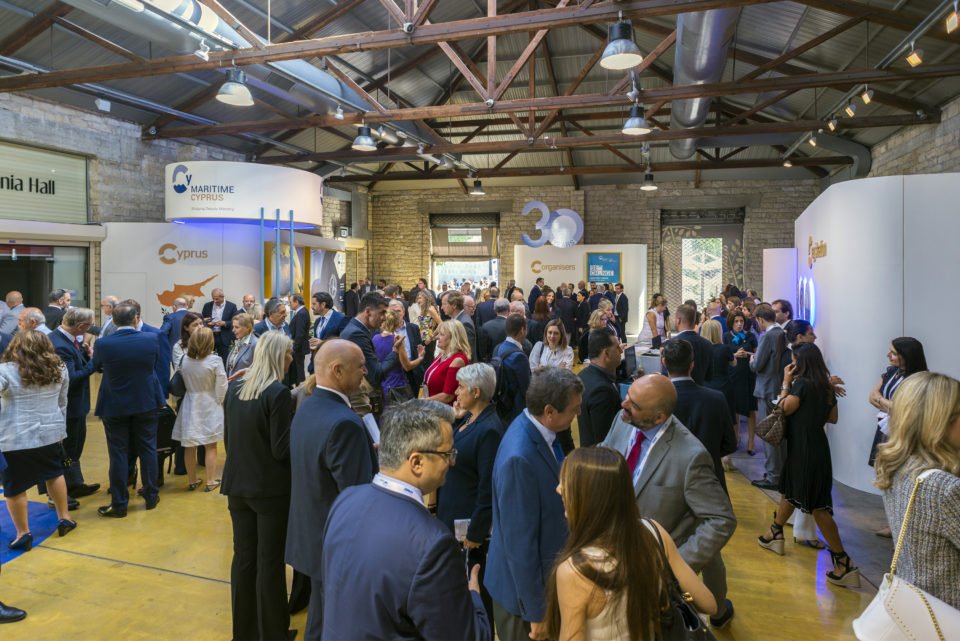 Delegates at the Maritime Cyprus conference in Limassol

Sustainable and alternative energy were on the agenda Tuesday at the Maritime Cyprus conference in Limassol, which began on Monday and will go on until Wednesday.

Germany’s Shipowners Association President Capt. Alfred Hartmann, who was one of the main speakers told delegates that environmental innovation and commercial success do not necessarily clash.

“On the contrary, he said. “Starting investing in battery power and fuel cell technology in the maritime world today will bring results almost immediately.

“The industry is already going towards that direction. Environmental protection can mean also be a great financial opportunity, shipping companies need to remain competitive and I think sustainability will also bring financial benefits very soon.”

He said the International Maritime Organisation (IMO) planned to cut CO2 levels in the shipping industry by 20 per cent by 2050. Investing in cleaner fuel is not only morally right, it’s also a smart way of improving one’s business.”

The shipping industry says it is committed to protecting the environment and promoting sustainability, which has been one of the biggest topics at Maritime Cyprus this week.

However, according to Mick Kinley, CEO of the Australian Maritime Safety Authority and one of the main speakers on the panel on Tuesday, “competitiveness and commercial success need to remain fundamental factors in every decision that we will take for the future.”

“We are seeing innovation and environmental improvements but in order for this to be a continuous process, we need to ensure that the shipping industry remains a profitable one.”

As far as alternative fuels are concerned, liquified natural gas (LNG) seems to be the way forward, as confirmed by Alexander Panagoupulos, founder and CEO of Forward Ships,  an LNG-powered sea carriers company that claims to operate “the cleanest cargo ships in the world”.

Panagoupulos confirmed the importance to regulate the shipping market and urged ship owners and ship makers to start using LNG as a primary fuel.

“LNG is globally available and relatively cheap. It’s a natural clear resource and it’s our responsibility to start using it on a large scale.”

Forward Ships works in close collaboration with energy giant Shell, who, according to Panagoupulos, “are making a huge commitment towards a cleaner, more sustainable future.”

Panagoupulos had also words of praise for Cyprus, which he said to be “at the forefront of the shipping industry.”

“Cyprus is an example for all of us. Combining commercial success with constant innovation, its shipping industry is among the best in the world.

“It will also be a leader when LNG will be accepted as the standard go-to-fuel, since it sits on an important natural resources area.”

Britain tells EU: compromise on Brexit or we’ll get nasty

Three suspects arrested in connection with drug dealing in Nicosia