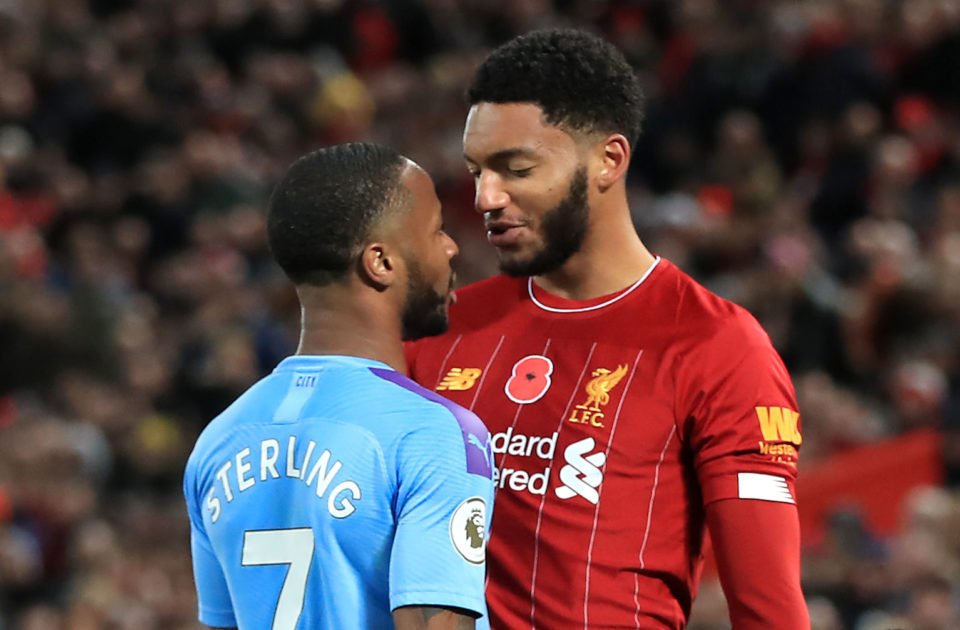 Raheem Sterling has admitted “emotions got the better of me” but says he and Joe Gomez have “figured things out and moved on” following an altercation that has cost him his place in the England team.

The Manchester City forward will not be considered for England’s Euro 2020 qualifier against Montenegro on Thursday after a row with Liverpool defender Gomez.

The pair clashed towards the end of City’s 3-1 Anfield loss to Liverpool on Sunday and the PA news agency understands Sterling and Gomez were again involved in an exchange after meeting up for England duty on Monday.

Sterling, a former Liverpool player, subsequently took to social media to play down the incident.

He wrote on his Instagram account: “First and foremost everyone knows what that game means to me! Everyone knows that I am not that way inclined and more to the point. Both Joe and I have had words and figured things out and moved on.

“We are in a sport where emotions run high and I am man enough to admit when emotions got the better of me.

Sterling added that he and Gomez “are good” and “both understand it was a 5-10 second thing it’s done we move forward and not make this bigger than it is.

“Let’s focus on our game on Thursday,” he signed off, alongside three love heart emojis.

England will train at St George’s Park on Tuesday following the latest round of Premier League fixtures, which culminated in Sunday’s highly-anticipated clash between leaders Liverpool and defending champions City.

Sterling and Gomez were involved in an on-field argument during that match and there was another exchange between the pair after linking up with England, leading the Football Association to release a statement on Monday night.

A statement read: “The FA can confirm Raheem Sterling will not be considered for Thursday’s EURO 2020 qualifier against Montenegro as a result of a disturbance in a private team area at St. George’s Park today. He will remain with the squad.”

It is a remarkable situation and is sure to dominate the build-up to Thursday’s Euro 2020 qualifier against Montenegro, which not only offers the chance to seal progress but is England’s 1,000th international fixture.

England boss Southgate said: “We have taken the decision to not consider Raheem for the match against Montenegro on Thursday.

“One of the great challenges and strengths for us is that we’ve been able to separate club rivalries from the national team.

“Unfortunately the emotions of yesterday’s game were still raw. My feeling is that the right thing for the team is the action we have taken.

“Now that the decision has been made with the agreement of the entire squad, it’s important that we support the players and focus on Thursday night.”

Sterling, 24, has been in exceptional form for England, scoring eight goals and providing five assists during Euro 2020 qualification.

Gomez, 22, who was introduced as an 87th-minute substitute on Sunday, won the last of his seven England senior caps in the Nations League third-place play-off against Switzerland in June.

Exhibition is all about the cars