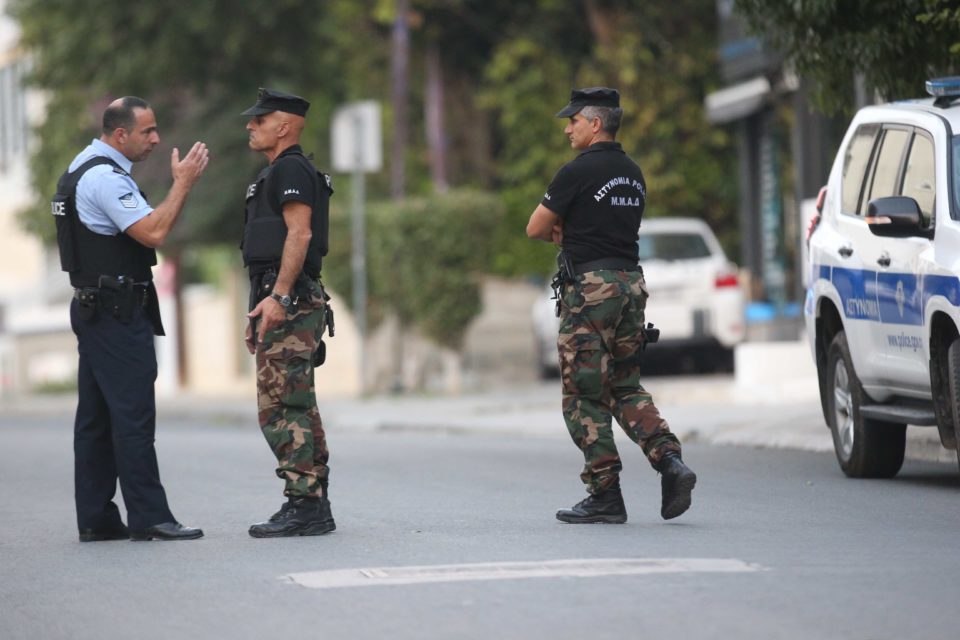 Police at the scene on Thursday evening (Christos Theodorides)

An armed man who was holed up in an apartment in Acropolis, Nicosia, for 12 hours surrendered to police after long negotiations at around 2.30am on Friday.

The incident began twelve hours earlier on Thursday when the man, armed with a hunting shotgun, began making threatening gestures from the balcony of his flat in the Acropolis area.

Sources said the man became agitated when police officers came to his first-floor apartment to hand him a court order mandating his admission to a psychiatric hospital.

Despite initial reports, no shots were fired.

As a precaution, authorities evacuated the other tenants in the building. Police cordoned off the block and riot squad officers were positioned around the building.

Police negotiators positioned on the street below were maintaining contact, trying to convince the man to surrender his weapon and turn himself in.

The man reportedly finally opened the door of the apartment early on Friday and was arrested.

He was rushed to hospital to be examined by a psychiatrist. The procedure for his compulsory hospitalisation is now expected to proceed.

The man has been described as being 62 years old.

A neighbour who spoke to him on several occasions said she had been aware of something unsettled about him.

“He was always perfectly pleasant, but he did seem a little unstable,” she told the Cyprus Mail.

Water at the heart of science