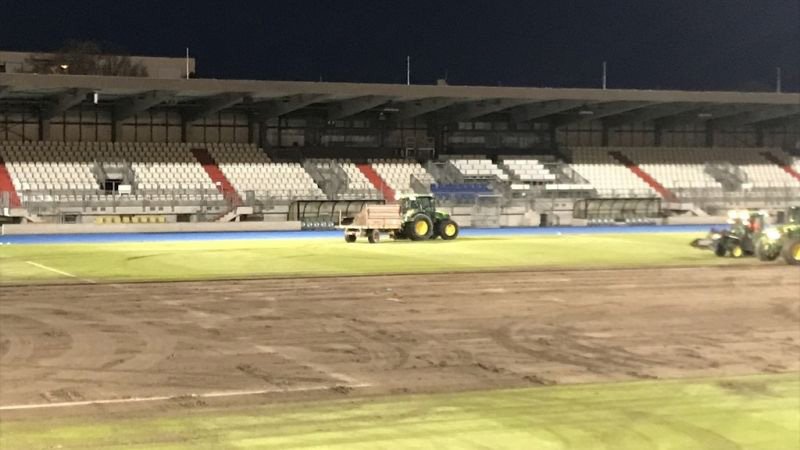 Apoel face Dudelange in Luxembourg in Matchday 5 of the group stages of the Europa League knowing that a win will probably send them into the knockout stages of the competition, irrespective of what happens in the final round of group games.

Three-time Europa League winners Sevilla have already secured their place in the round of 32, while the three other teams in Group A – Apoel, Dudelange and Qarabag FK – all have a chance of reaching the knockout stages as they are separated by just one point.

Apoel can clinch second spot on Thursday night if they beat Dudelange coupled with a Qarabag loss in Sevilla.

Apoel and Qarabag are both on four points but the Cyprus champions have a superior head-to-head record against the Azeris. Dudelange are a point behind and a win over Apoel will throw the group wide open.

The build-up up to the game has been overshadowed by two rather strange Uefa decisions.
First, Europe’s governing body appointed a Turkish referee to officiate the game, something that upset the Apoel hierarchy.

However, after the intervention of the President of the Cyprus Football Association, Giorgos Koumas, Uefa agreed to replace him with Italian Gianluca Rocchi.
This brought an immediate reaction from the Turkish media that claimed Uefa’s decision was scandalous.

In another more bizarre incident, Uefa have forced Dudelange to resurface their pitch at the Josy Barthel stadium due to its poor condition.

The last game played at the stadium was the Euro 2020 qualifer between Luxembourg and Portugal with Uefa informing the country’s FA after the match that if the playing surface is not improved before the next game, Dudelange would be slapped with a €500,000 fine.

Portuguese superstar Cristiano Ronaldo, who played in the qualifier, slammed the pitch as ‘a potato field’.

Improvement works at the stadium only began on Saturday and according to Luxembourg’s media, the relaying of the new turf was finished on Tuesday evening.

However neither team will be allowed to train at the stadium prior to the game and it will be up to the Italian referee, in coordination with Uefa, to inspect the new pitch and decide whether or not the match can go ahead.
To compound matters further, relentless, heavy rain has been falling on the new turf all week.

According to media reports on Wednesday night, referee Rocchi has said the match may initially get underway, but warned that he will call it off if he deems conditions unplayable.

Good playing surface or not, Apoel’s mission in Luxembourg will not be an easy one. Dudelange entered the group as the weakest team but in the opening round back in September they came away from Nicosia with a well-deserved 4-3 win.

That was their manager Bertrand Crassons’ first game in charge and he clearly outsmarted Thomas Doll, his counterpart at Apoel in Nicosia.
Apoel have improved since then but their European displays have failed to inspire any confidence.

Doll’s selections have been questioned on a number of occasions and it remains to be seen what surprises he will spring this time.
Whatever the case he must find a way to stop Dudelange’s tricky attacking forward Danel Sinani who scored twice in Nicosia and has hit the back of the net 18 times this season.

The game is scheduled to kick-off at 10pm.

Hypersurfacing: what’s it all about