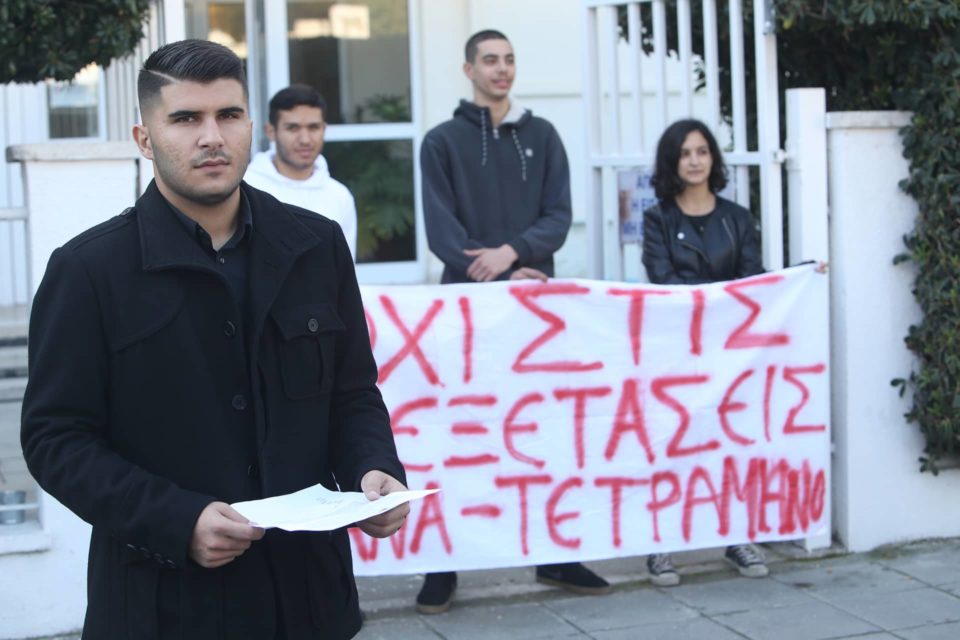 Students on Thursday again skipped classes to protest the introduction of four-monthly exams.

Lykeio students walked out of classes from period three to six.

President of the student movement Psem Giannis Lapithios said the walkouts sent a clear message to the Ministry of Education that students are not afraid of “any threats whatsoever and attempts to bully us will not work.”

The new exam system applies to students in the first grade of lykeio only and the first exams are due to be sat next month. It replaces taking exams once, at the end of the school year.

“Yesterday, the Ministry of Education told parents that students who are not present in classes will not only be noted as absent, but will also have their exam grades lowered – we are certain that there is no such rule in place, it is a clear intimidation tactic,” he added.

Ministry of education representative Spyros Antonellos said that the students’ protest was unnecessary.

“The children should have thought better about this. We’re already close to the end of the four-month period, and all the preparations since September 6 have been made. We are moving forward with the exams,” he added.

He went on to explain that the education ministry is simply following the law as it was been approved by parliament.

In the coming days students are set to meet officials from the ministry. “We hope to finally enter and engage in a constructive dialogue for a proper type of pupil evaluation,” Lapithios said. Akel sided with the students and released a strongly worded press release, saying “we want to denounce the unacceptable and condemnable act of the education ministry to impose penalties on students for their current protest.”

Smartphones with up to 40% discount with Unlimited plans by epic