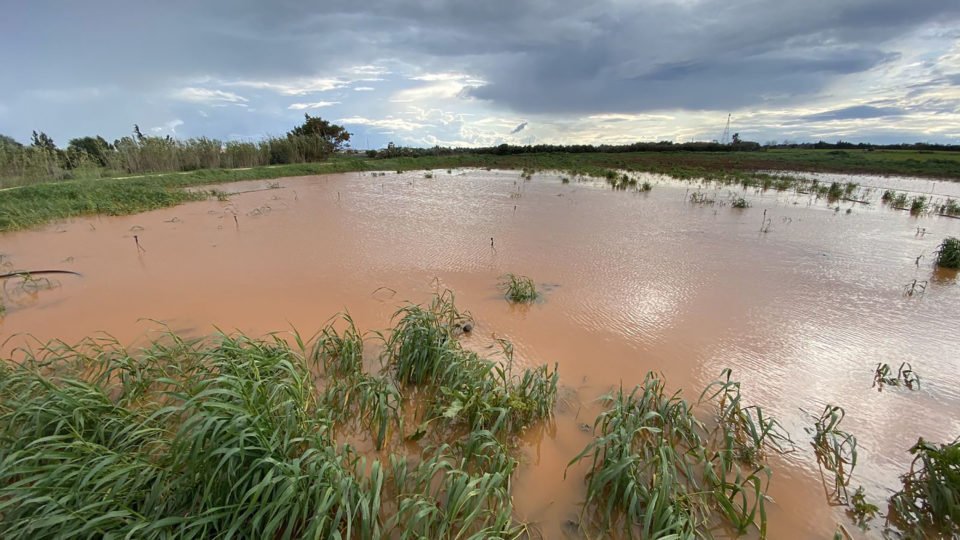 Dealing with the damage that affected farmers and their crops during the strong rains that hit Cyprus in the last week is a top priority for the government, said President Nicos Anastasiades on Thursday.

“The government is aware of the seriousness of the situation, it is a top priority for us,” he said.

He added that farmers will be properly and timely reimbursed.

He called the farmers a “vulnerable category” and “an important presence in the market”.

“That is why the government is particularly sensitive to the issue and we are committed to responding immediately to help them in this emergency situation.”

The commissioner of the Cyprus Agricultural Payments Association (KOAP) Timis Efthymiou, who was received on Thursday morning by Anastasiades, said €55 million were received by the farmers before Christmas and another €20 million have been put aside for investment projects.

Among the most affected are the potato farmers who have seen their crops severely damaged or even destroyed in the heavy rains, especially in the Famagusta and Larnaca areas.

“The situation is quite dramatic,” said the president of the Cyprus Potato Producers Association, Andreas Karyos.

“Apart from the very serious damages to the potato crops caused by the rain, Cyprus is also suffering economically,” he said.

“It’s the second consecutive year in which the rain has had such a devastating effect for us and I feel we could lose the Greek market if we fail to supply it with potatoes once again.”

Karyos said some supermarkets in Greece are importing potatoes from France and are selling them as being from Cyprus.

“This is unacceptable and is damaging our reputation as an exporter of a quality product,” he said.

The deputy head of the Cyprus Potato Marketing Board (CPMB) Pambos Anastasiades echoed Karyos’ fears and stressed the importance of the product to Cyprus’ economy.

“The storms have affected the potato crops in two separate, but equally important ways,” he told the Cyprus Mail.

“Firstly, the export of potatoes is vital for our economy, as several countries around Europe, such as Greece, England, Germany and Belgium are buying the product from us. This year, unfortunately, we will not be able to reach the export quota and this will undoubtedly create issues for the farmers. The second issue relates, of course, to the damages suffered from the crops.”

The official said it was impossible to assess the full extent of the damage created by the storms at present.

“We have to wait until the rains are over, hopefully in a week or so, to get an idea of just how serious the situation is,” he said.

“The likely scenario is that, not only will we not be able to export, but we will also probably have to import potatoes for the internal market.”

He confirmed that the farmers’ association were in contact with the CPMB and the agriculture ministry to assess the damage and receive compensation.

“A very important EU directive states that, in case of extreme weather such as the one seen in Cyprus lately, farmers have the right to be properly compensated so they don’t go out of business,” he said.

“I want to reassure the public that the farmers are not after money, but they have to make a profit so they can restore their crops and offer everyone a better product.”

Tottenham’s Kane out for three months with hamstring injury

Our View: Minister right to warn of drought in times of plenty