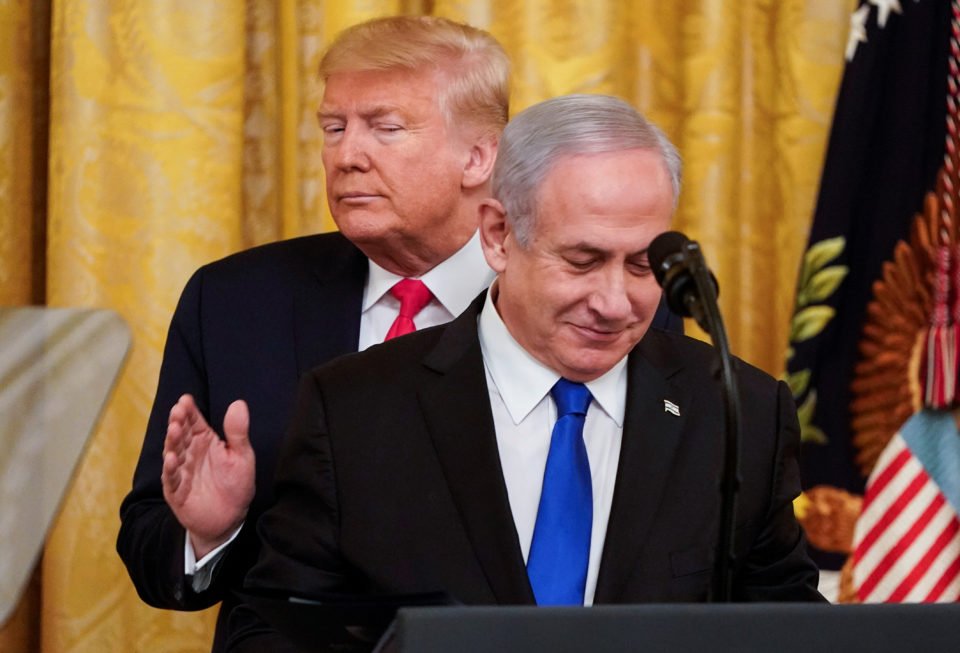 Like so much associated with the presidency of Donald Trump, his proposed peace plan for the Middle East can only be described as a sham. Even the way Trump chose to unveil his plan, with Israel’s Prime Minister Benjamin Netanyahu by his side, confirmed that the US was in no way an honest broker. Representatives of the Palestinians were not even present at the White House unveiling of the 80-page peace plan, which was a US-Israel affair.

According to one report, the plan, prepared by Trump’s son-in-law, Jared Kushner, “fulfilled a wish-list of Israeli demands made over the years”, and that was a mild way of putting it. No wonder Netanyahu sported a broad grin during the presentation and repeatedly grasped Trump’s hand to show his approval. There was a standing ovation by the Israeli and US officials when the president announced that the plan envisaged Israel keeping control of undivided Jerusalem: the long-standing idea that part of east Jerusalem would be the Palestinian capital was discarded.

A markedly more outrageous aspect of the plan was that the main Jewish settlements on occupied territory, considered illegal under international law, would remain as this territory would come under Israeli sovereignty. In exchange for giving up 30 per cent of the West Bank, Palestinians would receive a big piece of desert! While Israel would get everything it wants, statehood for the Palestinians would be conditional on their leadership fighting terrorism, dismantling Hamas and ending incitement against Israel. No doubt, Israel would decide whether these conditions had been met. As for the Palestinian state, its security would be under Israel’s control, all perfectly consistent with the plan’s colossal bias.

This is a plan that was negotiated by the US and the Israelis; Palestinian concerns and interests were considered a complete irrelevance. Perhaps ‘negotiated’ is an inaccurate term, given that everything Israel demanded was included in the plan that was drafted by Kushner, a man with zero experience of peace negotiations and who was given the job because he is Trump’s son-in-law. “It’s no coincidence this plan supports recognising illegal settlements and unilateral Israeli annexation, while discarding any notion of a two-state solution,” said US senator Chris Murphy.

Netanyahu, quite rightly, pointed out it was “a great plan for Israel”, before telling Trump “you have been the greatest friend that Israel ever had in the White House.” There was not even the pretence that the peace plan had tried to take into account the interests of the Palestinians. Perhaps that was to be expected, considering this joke of a proposal seemed primarily concerned with helping Netanyahu win support in March’s parliamentary election. Not even Trump could have believed there was a chance in a million his son-in-law’s plan would be accepted.

No Brexit bashes for British expats in Cyprus