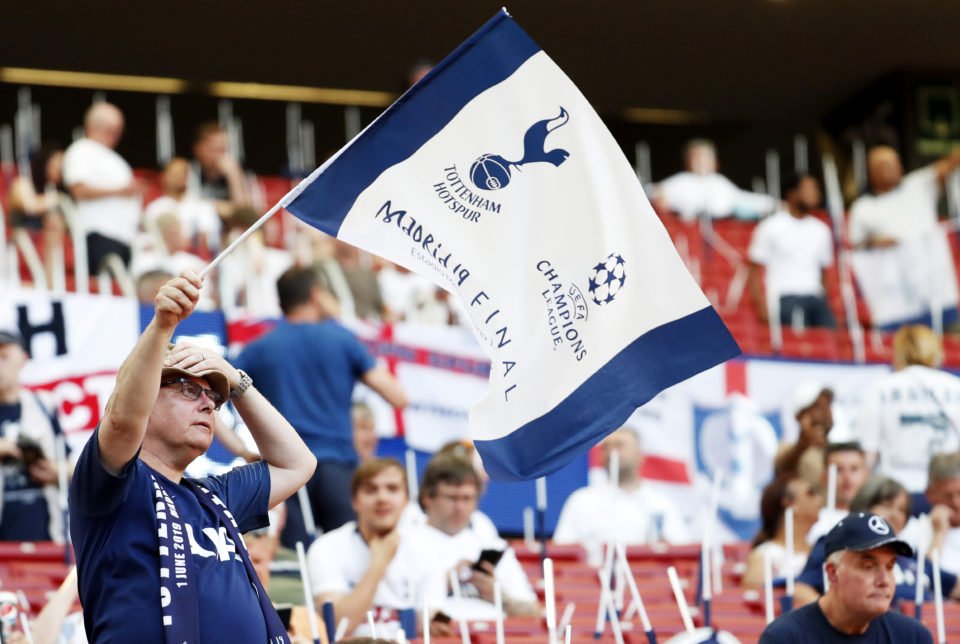 Usage of the term to describe Jewish people can be considered offensive, but some Spurs fans have historically adopted the word in terrace chants

The definition of the word “Yid” in the Oxford English Dictionary has been updated to include “a supporter of or player for Tottenham Hotspur Football Club”.

Usage of the term to describe Jewish people can be considered offensive, but some Spurs fans have historically adopted the word in terrace chants.
The club has a sizeable Jewish fan base, who have been targeted with anti-Semitic behaviour.
But Tottenham have labelled the dictionary’s new definition as “misleading”.

Organisations working to combat anti-Semitism condemned some Spurs fans’ use of the word, with one saying it was “a badge of shame” for the club.

The Oxford English Dictionary (OED), has also added the closely related word “Yiddo”, among a number of changes and new entries made in January.
The dictionary’s publisher, The Oxford University Press (OUP), said in a statement that the word is labelled as “offensive and derogatory”, with reference to Tottenham Hotspur being “a reflection of the evidence for the word”.

“As we state at the closely related word YID… Tottenham Hotspur Football Club is traditionally associated with the Jewish community in north and east London, and the term is sometimes used as a self-designation by some Tottenham fans,” it added.
“We will ensure the context for this connection is very clear in both definitions.”

The OUP said the OED was a “historical dictionary” that “records the usage and development of words in the English language”.
“We reflect, rather than dictate, how language is used which means we include words which may be considered sensitive and derogatory. These are always labelled as such,” it added.

At football matches, Spurs fans can often be heard chanting “Yid army”, “yiddo” and “the thing I love most is being a Yid”.
But the word Yid is controversial, even among the club’s fanbase, and high-profile Jewish people have raised concerns about its usage.

Comedian and writer David Baddiel has challenged the acceptability of the chanting of the word at football matches.
In 2010, he and his brother Ivor made a short film, “The Y-word”, that featured footballers saying use of the word was racist and offensive.

But Stephen Pollard, editor of the Jewish Chronicle, tweeted on Wednesday: “Not controversial among many of the Jewish Spurs supporters, such as myself, who are proud to be Yiddos.”

In December, Tottenham Hotspur released the results of a poll on “the Y-word” that received more than 23,000 responses.
It revealed that 33% of respondents use the Y-word “regularly” in a footballing context, while only 12% would use it outside of this context.
Some 94% acknowledged the word can be considered a racist term against a Jewish person and nearly a half of respondents wanted supporters to abandon or use it less in chants.

In a commentary on the word’s historic links, the club said “the Y-word was historically adopted by Spurs fans as a defence mechanism in order to ‘own’ the term and thereby deflect anti-Semitic abuse at that time in the 1970s”.

But it added that the poll responses indicated that few believed use of the word was effective in deflecting such abuse.
A club spokesman said: “As a club we have never accommodated the use of the Y word on any club channels or in club stores and have always been clear that our fans (both Jewish and gentile) have never used the term with any intent to cause offence.
“We find the Oxford English Dictionary’s definition of the word misleading given it fails to distinguish context and welcome their clarification.”

A spokesman for the Community Security Trust, a charity working to protect British Jews from anti-Semitism, said: “The OED have introduced several Jewish-related terms, so it is important that those which are anti-Semitic or otherwise offensive are clearly marked as such.
“Ultimately, it is some Spurs fans, not the OED, that have brought this racist term to wider public attention and potential use.”

A spokesman for the Antisemitism Policy Trust said: “This Y-word is now and has long been part of the vocabulary of hate used on the football terraces and elsewhere.
“It should be a badge of shame for Tottenham that the club is associated with the word. The club could and should be doing more to prevent its use.

“The OED must make clear that the Y-word is a term of abuse, and perhaps it could have done so more clearly when publishing details of the newly included words”