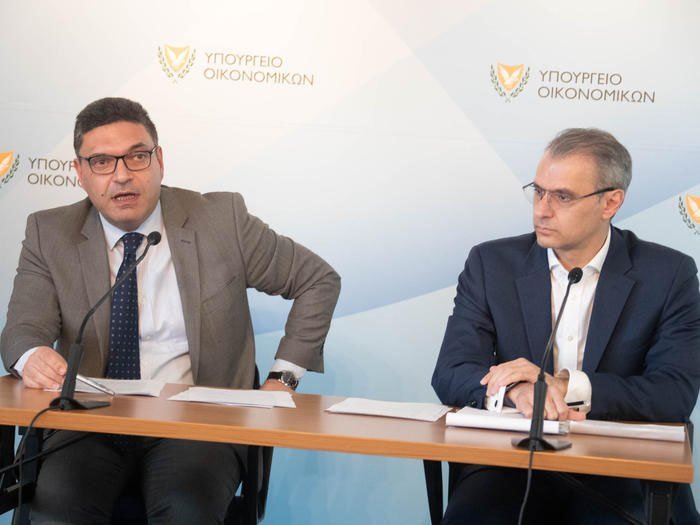 Success of emergency package will depend on how long lockdown lasts

Cyprus is better placed than some fellow EU states to support its economy, says the former finance minister who backs the government’s bold and unprecedented plan to protect thousands of jobs and businesses hit by the coronavirus pandemic.

“The government has buffers, considering we had budgeted for a surplus and in this respect, we are in a better position than other EU states, which have a deficit,” Harris Georgiades told the Sunday Mail.

But, referring to a prolonged lockdown, the former minister. who stepped down in December, sounded a note of caution: “a fiscal buffer has its limits though.”

Georgiades said the basic hypothesis within the EU is that the situation will have completed its cycle within two months.

“If this is the case, which is no certainty, there will be a quick and powerful recovery.”

While the state does not have unlimited funds to see it through six months of economic inactivity, the message from the government is that it will support the economy for as long as it can.

The ‘brave’ package of measures will have a huge impact on public finances but are needed to protect thousands of jobs and businesses at risk of bankruptcy, Finance Minister Constantinos Petrides said on Thursday.

He announced the suspension of loan repayments until the end of the year, state guarantees of loans worth €2 billion to help out businesses, the self-employed and individuals, while on the same day the cabinet approved a supplementary budget of €360 million as direct relief to businesses and individuals affected by the lockdown.

Apart from the supplementary budget, on Friday, the legislature approved a raft of bills suspending the payment of VAT, delaying the introduction of the new rates for Gesy, putting back the deadline for the submission of tax declarations and suspending the repayment of tax repayment schemes for two months. All were intended to boost the liquidity of business and individuals.

On Sunday, the House is expected to pass the bill for state-guaranteed loans and the bill for the suspending loan repayments.

“What we have today has never happened before and there is no easy way deal with the situation,” said Sofronis Clerides, economics professor at the University of Cyprus. In the past a slowdown in the economy was caused either by a fall in demand caused by a banking crisis or a fall in production caused by supply-side shortages, like an oil crisis.

In this case the economy has been switched off, which was why “we need to think outside the box,” he said. The government was carrying out a maintenance operation to stop demand from plummeting and limit the damage.

“The state would still pay unemployment benefit if people were laid off,” said Clerides, explaining that its policy “would protect productive forces and avoid the big disruption that would be caused when the economy restarts and companies would need to recruit staff.”

This was better than what was happening in the US, where companies sacked workers. A little under 3.3 million people registered to claim unemployment benefits for the week ended March 21, almost five time more than the record of 695,000 set in 1982.

The Cyprus government policy is a gamble because nobody knows how long the current lockdown will last. The state does not have unlimited funds to see it through six months of economic inactivity. Speaking on CyBC radio on Friday morning Petrides said “there are no perfect plans,” admitting “there is a degree of uncertainty.” The message was that the government would support the economy for as long as it could.

“Everyone, states and individuals, will emerge from this with bigger debts,” said Clerides, noting that there was still liquidity in the markets and interest rates remained low. “While some states might be unable to borrow on the markets, most would be able to do so, as long as the existing investor interest was maintained.”

Αgain, the question that arises is for how long?

What we are faced with now is a suspension of economic activity.

“The economy is not broken as it was internationally in 2008 and in Cyprus in 2013,” said Gerogiades. “As long as the health reasons for the shutdown are lifted, the engine of the economy will restart.”

But the Employers’ Federation OEV is much more skeptical about the government’s plan, expressing serious reservations about the government’s scheme for suspension of operations, approved by the legislature on Friday. The scheme provides for the state paying 60 per cent of staff wages of businesses that have been forced to shut down, like restaurants and retail shops or seen their turnover reduced by more than 25 per cent.

In a letter sent to the labour minister, OEV chairman Giorgos Petrou objected to the condition for a business to keep 10 per cent of its staff in order to be eligible to join the scheme. He also felt that the scheme’s “condition not to lay off any member of staff for a period of six months is extremely dangerous.” As it was, he wrote, “it will force many companies (for example in tourism and restaurants) to make immediate mass lay-offs and redundancies.”

OEV wants consultations with the government so that changes can be made to the scheme, because it insists that businesses that had completely suspended operations under the government decree could not afford to keep any staff on the payroll. The decree ends in mid-April, but it could be extended by weeks or months, which would make it very difficult for businesses that have suspended operations completely to keep any staff.

More disagreements are likely to emerge as the current situation drags on. There have also been rumblings of discontent from banking sources about the bills on the state guarantees and the suspension of loan repayments.

Petrides conceded there would be a cost to banks, but they were not expected to have viability problems, especially after the ECB’s relaxing of requirements.

A senior source at the Bank of Cyprus, also fearing that the economy could be switched off longer than politicians expect, expressed reservations about the wisdom of taking so many high-cost measures in one go.

“The economy is not in a race of speed but in an endurance race,” he said. “The moves must be done correctly from the start if we are hoping they will be effective.”

There are so many factors influencing the situation out of the government’s control that it is near impossible for anyone to talk of correct or wrong moves, especially as nobody can predict how long it will take to control the spread of the virus, not just in Cyprus but also in the countries that the Cyprus economy depends on.

Tales from the Coffeeshop: welcome to the world of Big Brother