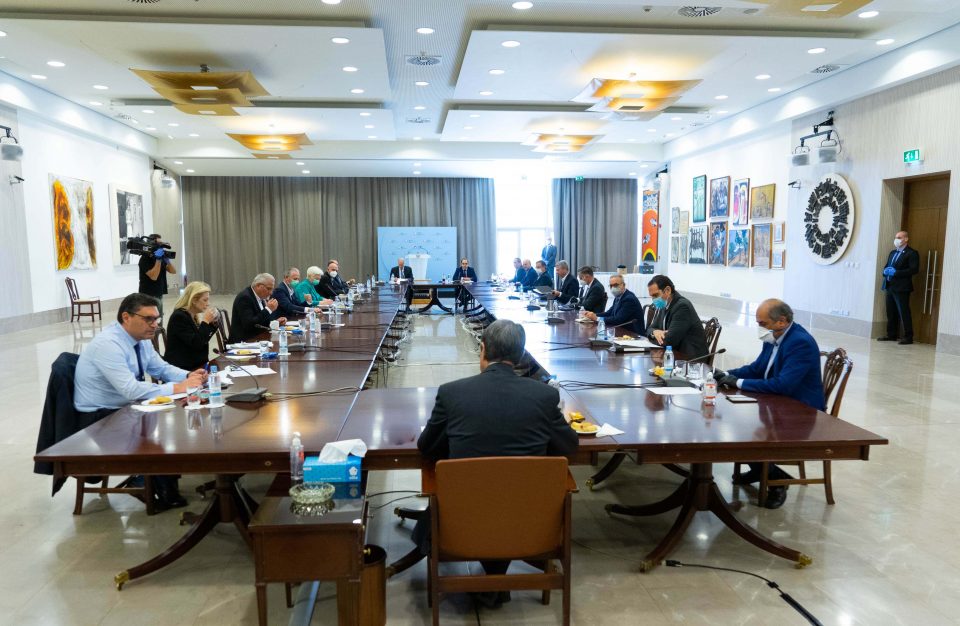 President Nicos Anastasiades on Thursday briefed political leaders on the state of play of the coronavirus crisis and the economic fallout, as the government hopes to soon be able to start reopening sectors of the economy that’s been effectively shut down for almost two months.

Anastasiades briefed parties on the government’s strategy to gradually open sectors of the economy and list restrictions provided there the epidemiological data is favourable.

“During the meeting, the president stressed that the strategy in question would depend on the epidemiological data, the recommendations of the scientific team, the systematic surveillance through tests, but also the enforcement and maintenance of safety measures,” a presidency statement said.

Leaders submitted their views on the matter and a discussion followed.

Earlier Thursday, Health Minister Constantinos Ioannou said Cyprus was close to reaching its target of containing the coronavirus but is not yet there.

In a statement on Twitter, Ioannou said: “Day by day we are reaching our goal of containing the (coronavirus) cases. However, we have not yet reached the end.”

The Republic has so far recorded 790 cases but results in recent days seem to show that strict restrictions placed on the population appear to be working as the daily tally of new cases dropped.