Just two new coronavirus cases were announced by the health ministry on Monday, the first day lockdown measures were relaxed, bringing the total to 874.

Both cases came from 97 tests processed from people returning from abroad, virologist Leontios Kostrikis said, announcing the testing and cases.

He added a total of 1,490 tests were processed on Monday, 436 from the 20,000 public and private sector workers, 66 from contact tracing, 275 from state hospital laboratories, 97 from people arriving from abroad, 599 from tests conducted on private initiative, and 15 from 2,000 workers in food and beverage workers.

“As you are aware, the results we have announced today have been especially pleasing,” Kostrikis said, announcing it was the lowest number since the first two cases were reported two months ago.

He added the low number was recorded on the first day lockdown measures were slowly relaxed.

“We are especially happy to see our country and our society taking the first step to normalisation.”

Kostrikis said the behaviour shown by Cypriots from now on will show up in later test results, as it take some days to process them.

State health services (Okypy) scientific director, Dr Marios Loizou said as of 3pm, 11 individuals were being treated in Famagusta General, two of which were in advanced care.

Meanwhile, a total of five patients are intubated, four at Nicosia General’s intensive care unit and one at Limassol General’s unit.

One more person is in intensive care at Nicosia General, but is not intubated, Loizou said.

Another five cases are being treated in other hospitals, and two people were discharged from Famagusta General earlier.

“Today is a fresh start. The choice as to how we will proceed is ours,” Loizou said.

Earlier, many smaller businesses opened their doors after over six weeks of lockdown measures.  Approximately 25,000 businesses were expected to reopen. 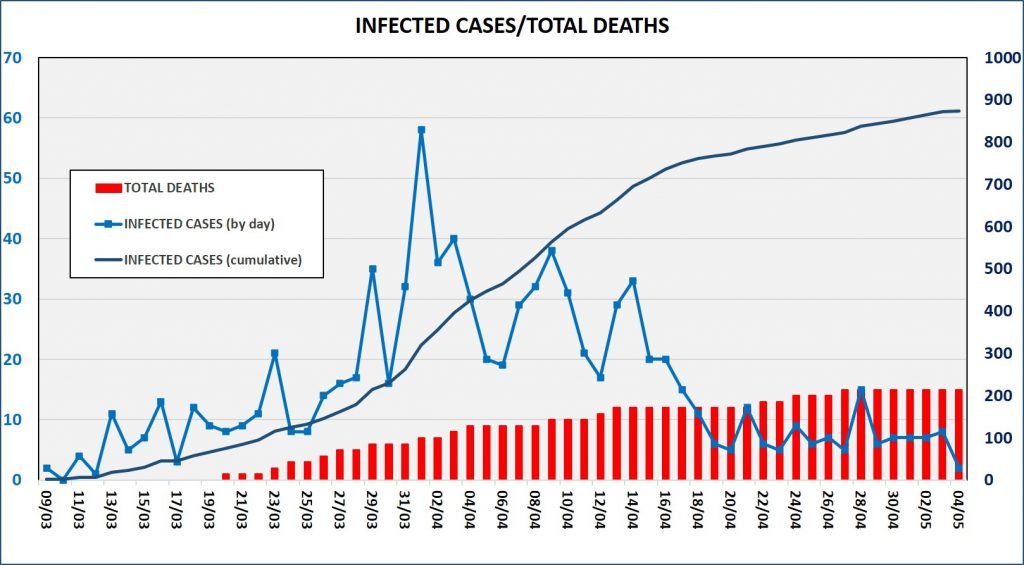