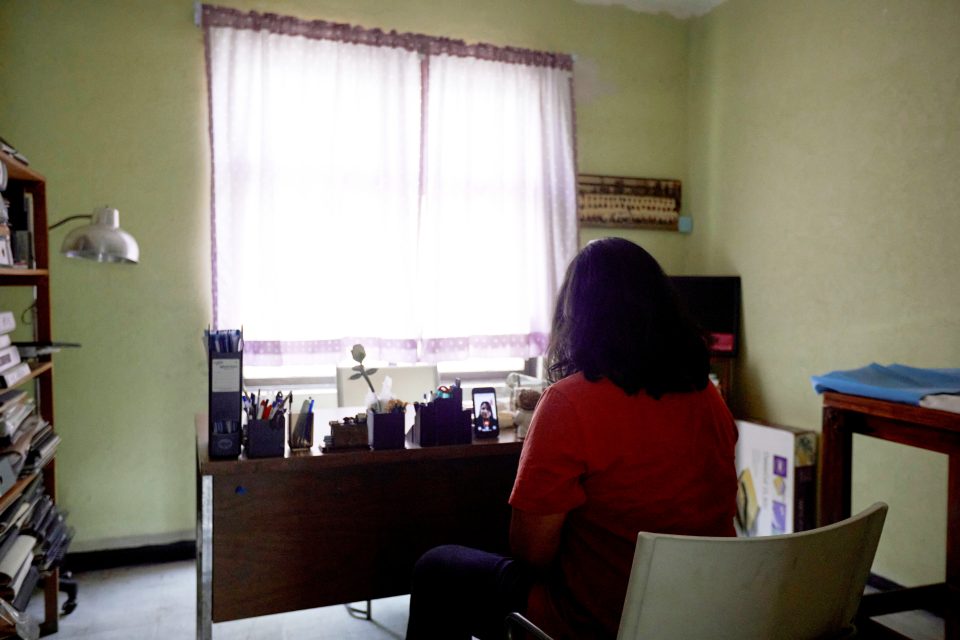 With helplines reporting a surge in calls, the scheme aims to offer an escape route for victims during shopping trips for food and medicine, which may be one of their few chances to leave their homes

Domestic abuse victims will be able to seek help by giving a codeword to shop staff under a British scheme announced on Thursday to tackle a rise in abuse under coronavirus lockdowns.

With helplines reporting a surge in calls, the scheme aims to offer an escape route for victims during shopping trips for food and medicine, which may be one of their few chances to leave their homes.

Plans for the codeword scheme were announced as British Prime Minister Boris Johnson hosted an online meeting aimed at addressing the impact of the pandemic on vulnerable groups including victims of domestic violence and modern slavery.

“I am acutely aware that for some people home is not a safe space, and that coronavirus has brought with it additional dangers,” Johnson said in a statement.

“Just as I am committed to tackling the virus, we have to support the most vulnerable and keep them safe from harm and exploitation.”

Similar projects have been launched in countries including Spain, Italy and Argentina during the pandemic.

Staff in shops and pharmacies will be trained to identify the code word and respond, said the government.

It is in discussions with charities and business groups including the National Pharmacy Association and British Retail Consortium on how to implement the scheme.

Nearly 2 million people a year, mostly women, suffer some form of domestic abuse in Britain, according to official data.

Reports of domestic violence in London have risen by a third under the lockdown, according to the city’s police force, and the charity Refuge said last month it had seen a 25% increase in calls to its helpline.

It is not clear when the scheme will start. The government declined to comment in response to a request for details of timing, how many shops would take part or what support would be offered.

“Communities can be vital gateways to support for survivors of domestic abuse,” said Lucy Hadley, a policy manager at charity Women’s Aid.

“A code word scheme in supermarkets and pharmacies could help to ensure women experiencing domestic abuse can access the help they need.”

However, proper training for shop staff and monitoring must be put in place before it rolls out to ensure that it operates safely, she said.

Staff must also be trained to help victims of forced marriage and to recognise so-called honour-based abuse “to ensure we are protecting as many people as we possibly can,” said Natasha Rattu, head of the charity Karma Nirvana.