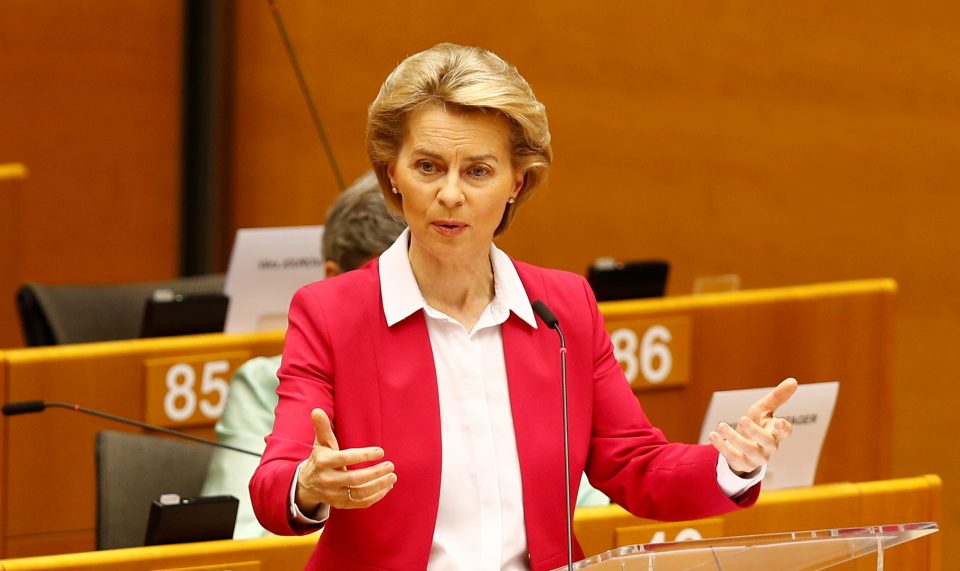 European Commission President Ursula von der Leyen addresses the Plenary of the European Parliament on a new proposal for the EU's joint 2021-27 budget and an accompanying Recovery Instrument to kick-start economic activity, in Brussels, Belgium

The EU economic recovery plan launched on Wednesday heralds a more integrated union, in which Member States will move closer together in policy, analysts told the Cyprus Mail on Thursday.

“The EU is entering a new phase, in which the role of the Commission in making decisions will become much more important,” comments Judy Dempsey, an analyst with the Washington, DC-based Carnegie Endowment for International Peace.

“There is no need for Treaty amendment to make this change. The Member States will simply pull together, because it’s important to overcome this crisis. You can see this in the joint action of Merkel and Macron to propose a recovery fund – Merkel clearly felt that unity was more important than supporting previous German policy of opposing such funding.”

“A week ago I could see only negative consequences for the EU from CV-19,” says Charles Grant, director for the Centre for European Reform.

“But recent news from Merkel and Macron has cheered me up, they are taking significant steps towards reforming the eurozone so that it can survive future challenges.”

The proposal goes beyond the Macron/Merkel proposals of May 19. In a nutshell, the European Commission proposes to raise €750 billion from the financial markets to be repaid between 2028 and 2058, i.e. bonds with long term maturity. The Commission will offer then ‘back to back’ loans to Member States as well as forgivable grants.

“This is possible thanks to the very high credit rating of the EU and the offer of very favourable conditions,” explains Jorge Nunez, an analyst with the Centre for European Policy Studies.

Nunez shares the view that this means greater integration. “What is being proposed may be the start of an EU budget deficits approach to handle needs, a step to a mature governmental structure run with under constant debt and held together by the trust of the markets in the solvability of the EU budget. Let us not be naïve, this one-off change is already a de-facto move to the necessary structures for a functioning monetary union with a single market. This change is a first important step to make the EU more functional and resilient.”

What’s more, analysts expect the plan to succeed.
“The economic plan proposed by the Commission is viable from an economic point of view. The EU can borrow the necessary amount and it represents a first attempt to create countercyclical fiscal policy at the EU level. Great progress. It will strengthen the recovery efforts and more importantly it will avoid asymmetries between European economies. Both of these are very important for the future months,” says Professor Antonio Fatas at the INSEAD School of Management in Fontainebleau, France.

Fatas also thinks the plan will be ratified by all 27 Member States.

“Will it pass? I think it will even if there are cosmetic changes. The Commission must have a sense that there is enough support for it before proposing it, plus there is clear political support in Germany. Some smaller northern countries seem unconvinced, but the momentum seems too strong for it not to pass,” he adds.