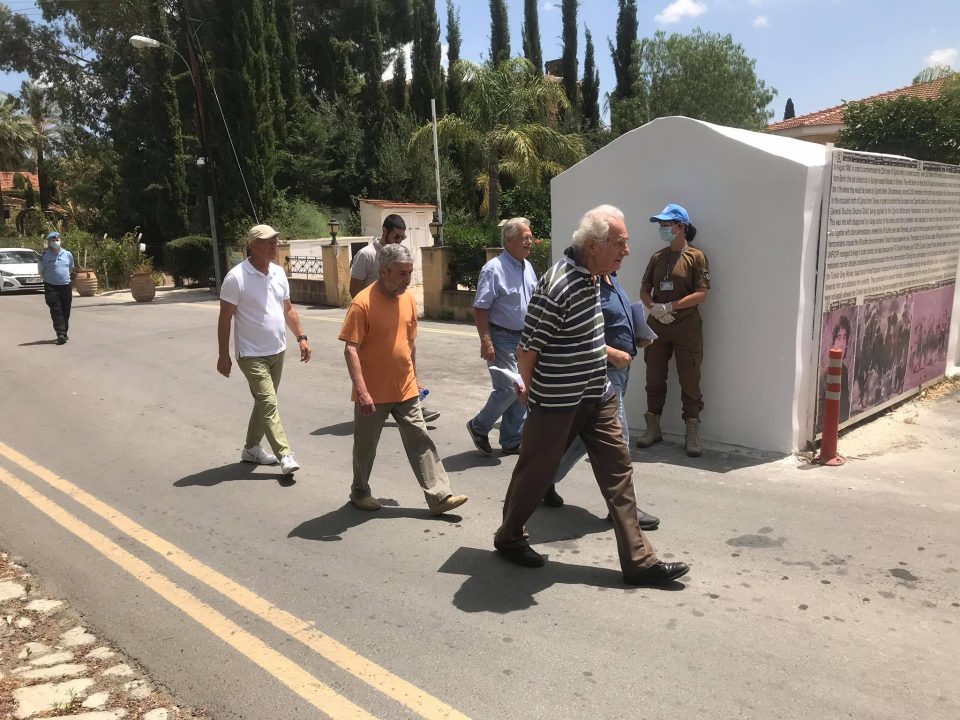 Demonstrators from both sides of the divide submitted letters to the Greek and Turkish Cypriot leaders early on Thursday calling for the reopening of the crossing points.

Representatives from the bi-communal initiative United Cyprus – which represents more than 75 groups from both sides – arranged a distance meeting at the closed Ledra Palace crossing point before paying separate visits to their leaders.

Among their demands, was the re-opening of crossings points, but also the re-start of negotiations for a permanent solution of the Cyprus problem.

“For us the crossing points are not a dead end but a way for Greek Cypriots and Turkish Cypriots to collaborate and communicate,” a Greek-Cypriot representative of the initiative said at the Ledra Palace.

He added that the unresolved Cyprus problem harms people from both sides. In a time of crisis, after Covid-19 but also during socioeconomic problems, Cypriots should unite and not separate further, he said.

Representatives of the initiative from the north were due to visit Turkish Cypriot leader Mustafa Akinci’s office and submit the letter with their demands. The other half of the delegation from the government-controlled areas was headed to the presidential palace to submit their letter to President Nicos Anastasiades.

The government closed most crossings in March as a measure against the spreading of the coronavirus, after which they were effectively shut from north when movement bans were put in place.

Both leaders agreed to gradual opening starting this week, allowing students from the north or those who work in the south to cross by car, as well as those receiving medical treatment on the other side.