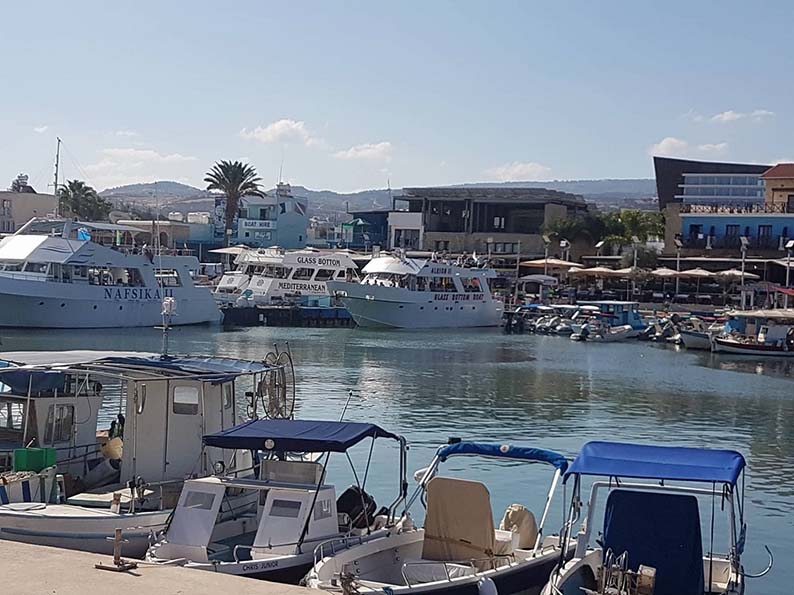 Latsi harbour, boat owners have been told to use facilities at other coastal towns or rent land nearby to carry out repairs

Boat owners at Latsi harbour in Paphos are complaining over new rules which make it impossible for them to carry out service or repairs to their vessels at the port.

Boat maintenance and cleaning has been carried out on dry land or hardstanding situated next to the harbour for years, and the latest regulations were introduced without warning, according to vessel owners.

“I have been a boat owner at Latsi for around 12 years and we usually take boats out of the water and perform antifoul and a service and any repairs that are needed and put it back in the water. This is usually done around the end of October/ November and a boat is out of the water only for around two weeks,” an angry boat owner told the Sunday Mail this week, speaking on condition of anonymity.

Antifoul is a biocide application, also known as ‘bottom paint’ and is used to protect the boat below the waterline by inhibiting the growth of slime, weed, barnacles and other animal life that can attach to the hull.

He added that the port authority, the responsible authority for the area, has not given owners a clear idea of why the decision was taken, and only said that maintenance must now be done in the water, or an area of land rented close by to carry out boat repairs.

“It’s impossible to paint the hull in the water, or to take it out of the water to a field. Some of these yachts have 40ft masts. How are people supposed to do that? There was no warning. It will affect hundreds of people,” he said.

A member of Latchi ports authority confirmed to the Sunday Mail that the new regulation was brought into effect this year and explained why the decision was taken.

“The area (hardstanding) is not designed for people to work on the boats there, and It’s far too risky and dangerous to have boats in the middle of where people are walking.”

He added that many owners do not have the correct papers such as insurance or a licence and no one is allowed to take out their boats there even fishermen.

Mayor of Polis, Yiotis Papachristofi, said the marine authority made the decision without consulting the council, as the authority is now the legal owner of the port, after years of wrangling.

“Boat owners and fishermen have complained to us and we understand their concerns and agree with them, but only to a certain extent, as we don’t like the harbour as it is now. It is so messy with things all over the place,” he said.

However, the mayor and the local municipal council believe that a small area should be made available to owners and fishermen to enable them to continue to repair their boats at the port.

“We have asked that a small space is accepted, I have already sent a letter to the ports authority, and it will be discussed, among other issues, at our next meeting.”

This created a number of problems in the area, as it wasn’t clear who was responsible, and the renovation carried out in front of the restaurants, (prior to the 2016 decision), was paid for by the municipality and the government, he said.

The fishermen aren’t the problem, said Papachristofi, as there are only around 20 of them. The main issue is the 200 or so other boats.

“Now there are boats everywhere,and the ports authority don’t want the dirty water to go into the sea. The owners can go and rent a piece of land nearby to carry out repairs,” he said.

If this is not satisfactory, boat owners must take their vessels to other areas such as Limassol or any of the other coastal towns where facilities are designed to cater for these repairs, said the ports authority spokesman.

“The fisherman can also go to designated areas for this. In addition, there are a number of boats on the hardstanding that have been out of the water for 18 months or so, and they must be put back in the water immediately,” he said.

“They have one or two weeks to do this. They have been informed, otherwise they will face a fine, the total of which will be up to the head of the ports authority,” he said.