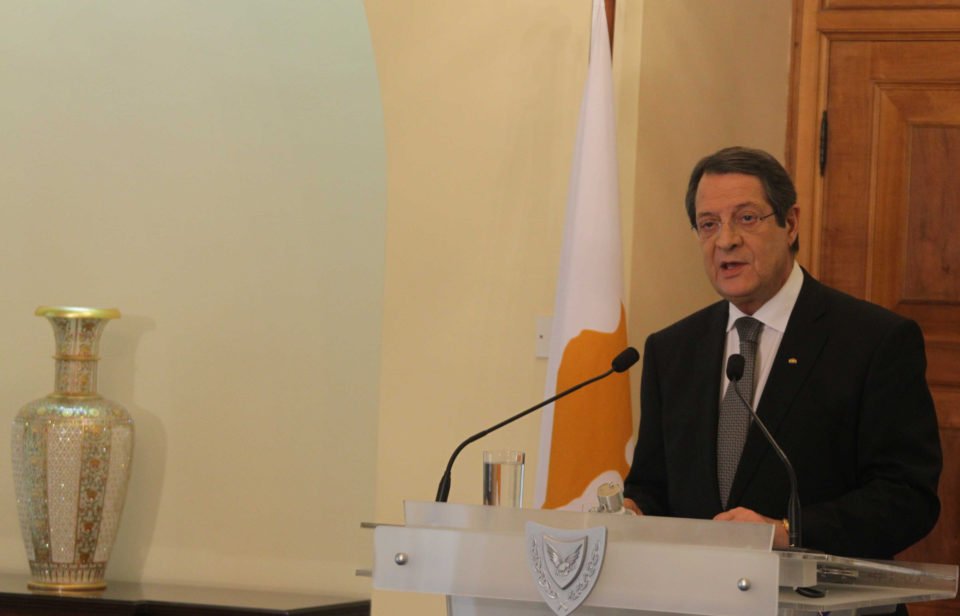 President Nicos Anastasiades said a solution through militarisation to Turkey’s illegal activities in the region would be the end of Cypriot Hellenism.

In statements released ahead of an interview for CyBC on July 1, Anastasiades said: “If we consider a solution through militarisation, this will be the end of Cypriot Hellenism, which I do not want.”

Commenting on issues in the southeastern Mediterranean and the visit of the EU High Representative for Foreign Affairs Josep Borrell, Anastasiades said Cyprus has been using the “weapons of diplomacy”, and the EU official’s presence in Cyprus was confirmation of how the European partners were working to avoid a conflict in the area.

On the Cyprus problem, he said there needed to be a “restoration of confidence”.  He said this could happen, if the community with the smaller number did not try to impose itself on the bigger number.

He also said Turkey was turning the north into a protectorate, basing its actions on its status as a guarantor power.  Ankara’s actions have been to the detriment of the Turkish Cypriot community, he added

TV shows we love: F is for Family

Akinci slams EU’s Borrell for not meeting with him