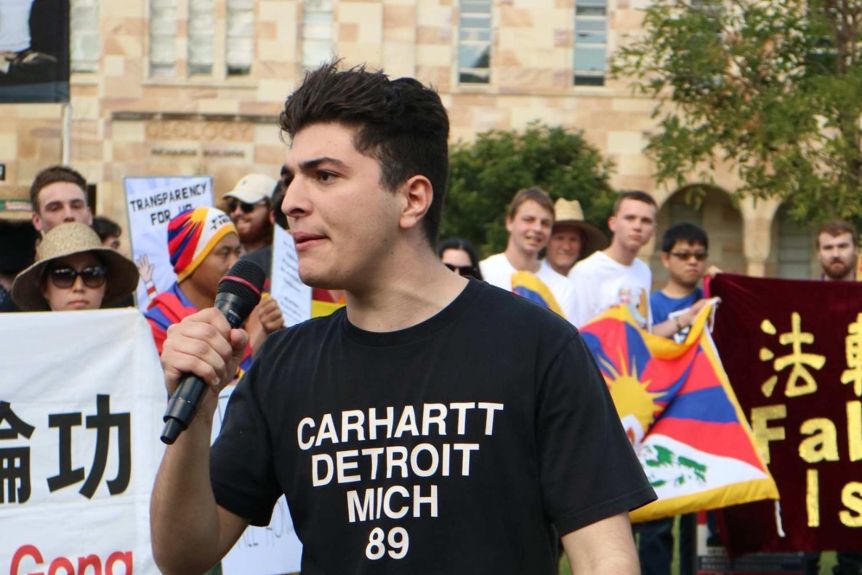 Recently, local media wrote about the so-called heroic ‘activism’ of a young Australian Cypriot, Drew Pavlou. I am puzzled and concerned about Pavlou’s doings and the logic behind the report. I wish to talk to this young man about the definition of hero in my mind as someone old enough to be his father.

The older generation of Cypriots know very well the history of World War II. They also have vivid memories of Cyprus’ longstanding friendship with China and China’s firm support for the development and peace process of Cyprus.

China was a victim of the then fascist Japan whose invasion of China lasted eight years and caused over 35 million casualties in China. China made huge sacrifices fighting against fascism at the Eastern Front during World War II.

Meanwhile, fascism, colonialism and separatism have taken their heavy toll on Cyprus and induced strong and systemic indignation among Cypriots of all ages. Therefore, I find it difficult to resonate with Drew Pavlou’s outlandish beliefs which could be a result of his own experience of growing up. It is a betrayal of the common sense of history and a blow to the feelings of the Chinese people by lending moral support to the acts of separatism and terror in Hong Kong. It is even more so a betrayal of the true heroism of his forefathers by labelling China as fascist and attacking the benevolent people in China.

As we all know, riots in Hong Kong that have been ongoing for months have seriously undermined the stability and prosperity of the city, and have been met with stern opposition of the Hong Kong Special Administrative Region (HKSAR) government and the vast majority of Hong Kong citizens.

How the Chinese Central Government handles Hong Kong-related issues is purely China’s internal affair and serves the best interests of the Hong Kong people. The violent acts of Hong Kong mobs are in nature no different from those of the fascists that attempted the Beer Hall Putsch in Munich.

Supporting violence and terror is nothing short of an identification with fascism. The University of Queensland was considerate and made a value-based judgement to suspend Pavlou, a justified measure to maintain order on campus. No university will allow habitual violation of discipline and order. No country will blatantly condone foreign nationals that crave violence and terror, as there will be serious and recurring consequences.

This brings me to my definition of a true hero. It is not heroic at all to be blindly impulsive, to be supportive of riots, to be a maverick without principles, or to oppose China at every opportunity regardless of history, facts and common sense. What is someone who is fundamentally wrong about world-recognised history, and tries to court people’s favour by violating university disciplines and indiscriminately opposing China? These are not the qualities of a hero who dreams of saving the world, but signs of being brainless, ignorant, unscrupulous and obsessive. I do not want to see Drew Pavlou go further down this wrong path. It is likely that he has taken Joshua Wong, one of Hong Kong’s anti-China movement leaders, as an example. What Pavlou needs to know is that to the US and UK, Joshua Wong is but a paper toy, not a ‘golden boy’. The US government has already publicly denounced the absurdity of violent resistance to law. Isn’t Joshua Wong’s fate enough to wake up Pavlou?

In my four years of being posted in Cyprus, I have met many young Cypriots. Most of them are positive, down-to-earth, kindhearted, and stay away from political speculation. I do not believe that the views reported represent the vast majority of conscientious Cypriots, and that the Cypriot community in Australia has produced “one of the loudest and fiercest critics of China”. Local media in Cyprus has long followed and then propagated the American/British narrative. I have no intention of judging whether this is good or not. However, on issues of absolute right and wrong, especially regarding youth development and education, the basic principles of respecting history, objectiveness and fairness should be upheld. This is a shared responsibility for all social sectors, including the media – to offer guidance to the young as they form an objective view of history, as well as a correct outlook on the world, life and values.

Our View: State officials like the AG should have term limits

Show us the evidence that mask wearing works

Why do they play football in excessive heat?

Masks are a personal choice