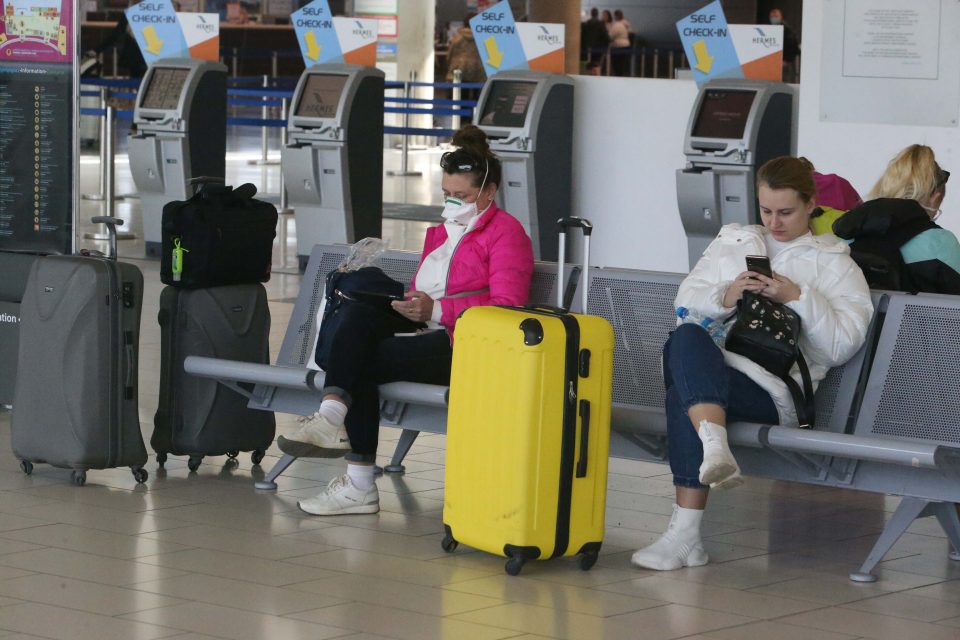 The health ministry on Thursday clarified the entry criteria for people arriving in Cyprus from countries belonging to category B, which had been the source of much confusion and frustration for travellers, as they have repeatedly tried to work out who is eligible to get tested at the airport.

The latest confusion surrounded the status of Cypriot citizens who live abroad.

On Tuesday, the health ministry published two conflicting announcements, the first one of which stated that only “Cypriot citizens permanently residing in the Republic, their foreign spouses and children, along with all who reside legally in the Republic (permanent residents) can get tested at the airport.” All children under 12 are exempt from testing.

However, shortly after, another announcement was published, which said that “Cypriot citizens and members of their families (their foreign spouses, minor children and their parents), along with all who reside legally in the Republic (permanent residents)” are eligible to get tested at the airport on arrival, affectively contradicting it the previous statement, which said that only Cypriot nationals who reside in the island were eligible for the test.

On Thursday, the health ministry clarified the matter. An official spokesperson told Cyprus Mail that all Cypriot nationals, regardless of whether they reside or not in the Republic, will be able to get tested for coronavirus at the airport so they do not need to do it in their countries of origin before departure.

One UK Cypriot who was caught up in the contradictory messaging on Thursday told the Cyprus Mail via email: “The move of the UK to Category B was supposed to ease/relax the restrictions, however the information being made public from the Ministry would indicate otherwise.”

“My mother recently died and was buried in Cyprus and this is absolutely not the way to treat a Cypriot citizen,” he added.

The continuing mixed messaging from the authorities has caused a great deal of confusion for travellers from the UK, which moves to category B on Saturday. Non-Cypriots and non-permanent residents must have evidence of a PCR test dated not more than 72 hours old before being allowed to enter the country.

The tough entry conditions have decimated the travel plans for dozens of Brits who are unable to obtain or afford the required tests in the UK.

Another Cyprus Mail reader on Thursday said the nearest place they found to have a test was two hours from them at a cost of £200 per person.

“But the main issue is the timings, as we fly on a Tuesday – it’s almost impossible to get a private test performed on a weekend thus meaning the results wouldn’t be back in time,” the reader said in an email.

They said the main problem was that their holiday company was impossible to contact “and they don’t contact us, which means we aren’t even able to change our date or destination of holiday”.

“We are so, so worried as we are potentially going to lose a £4000 holiday. It would have been better if Cyprus had left the UK in category C rather than putting us up to Category B as it would have been cancelled and we would have eventually got a refund,” the email said.

The situation is such that on Wednesday night, the UK Jet2 airline announced it was suspending its flights to Cyprus up to mid-August citing the prohibitive entry restrictions.

The airline said in a written statement that it had no choice but to suspend their flights and holidays programme to Larnaca and Paphos up to and including August 16.

The general director of the Cyprus Hotel Association (Pasyxe) Filokypros Rousounides said he has been in constant talks with airlines and tour operators for several weeks and that the move by Jet2 did not come as a surprise.

“We have been discussing the situation with airlines for a long time and it was made clear to us that the required tests for tourists arriving in Cyprus from countries place in category B were going to represent a big problem.”

Rousounides added that the suspension of Jet2 flights to Cyprus was a further expected blow for hoteliers in the island and for tourism in general, particularly as it regards tourists arriving from the UK, the biggest share of the market.

“Bottom line, the airline has told us that they will resume their operations only when the UK will be placed in category A, let’s see what happens in the coming weeks.”

Rousounides reiterated that 2020 will be a lost year for tourism in Cyprus, due to the unforeseen circumstances brought by the pandemic.

“Coronavirus made our environment unstable, which is not ideal for the tourism industry, which by definition needs scheduling and thorough planning, both things we cannot do at the moment.”

People still interested in travelling to Cyprus can obtain information from  www.visitcyprus.com and www.cyprusflightpass.gov.cy

They can also send a message to [email protected]

The deputy ministry for tourism has also a team of destination experts replying to traveller queries on Facebook Messenger (www.facebook.com/VisitCyprus.cy).

From Saturday, August 1, a help desk to support the electronic platform ‘CyprusFlightPass’ will be operational.

It will be handling queries, both by telephone at the number: +(357) 24841234 and in writing through the e-platform via the link: https://cyprusflightpass.gov.cy/en/contact-us

The hours of operation of the help desk will be: