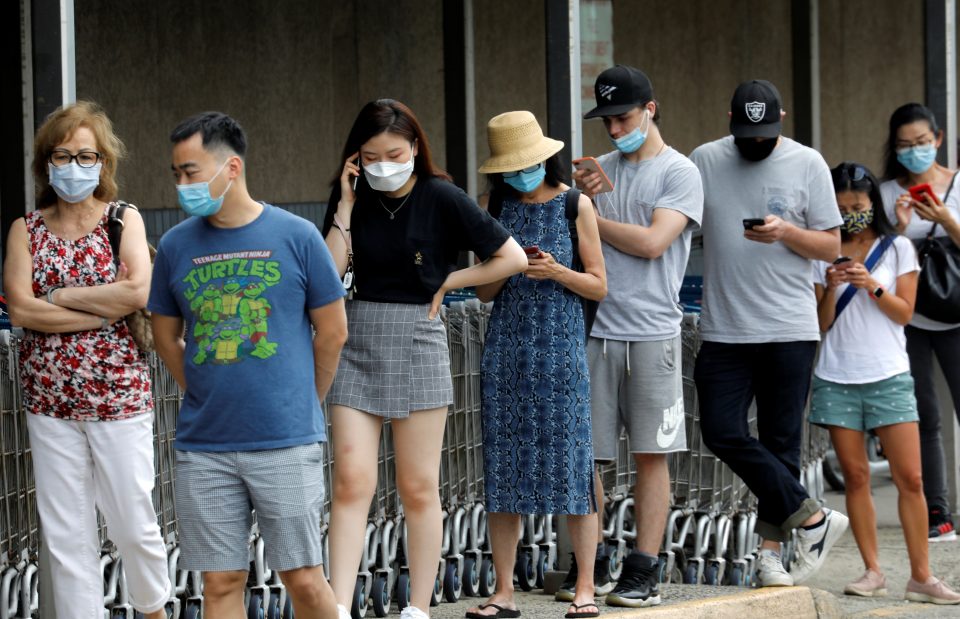 Everyone will have to wear masks in indoor crowded spaces from midnight Friday, and those failing to do so will be fined €300, Health Minister Constantinos Ioannou announced.

The announcement followed a meeting at the Presidential Palace between President Nicos Anastasiades and his advisory team after 13 new Covid-19 cases were announced on Wednesday by authorities, the highest daily tally in some time, and another 10 on Thursday, eight of them from Limassol. On Friday a further 25 cases were announced, 15 in Limassol.

Ioannou also announced restrictions on gatherings in the Limassol district, the centre of the recent spike in cases. There, no more than 10 people will be allowed to get together in social gatherings, while the maximum number of customers in restaurants, cafes and bars has been decreased to 75 indoors and 150 outdoors.

Anastasiades warned afterwards that “non-compliance would lead to the unwelcome decisions involving stricter measures in order to protect the health of the citizens, with, however, dangerous financial consequences.”

More generally, the new measures concern the mandatory use of masks in indoor crowded areas such as malls, banks, supermarkets, hospitals and churches. Those found not wearing a mask will be fined €300. The fine will be paid by the individual and not the business. In a decree making the decision official, it was also specified the rule on masks is valid for people over the age of six.

Authorities will also increase the daily random coronavirus tests at airports from 600 to 1,000, mainly focusing on Cypriots returning from holidays, he said, “since it emerged that the biggest percentage of cases concerns locals with a travel history.”

Police will also intensify checks on people in self-isolation who have arrived from category C countries or who are close contacts of people who tested positive for the virus. Ioannou said there will be daily checks on these individuals.

Authorities will also intensify checks in businesses, restaurants and other premises “with explicit instructions for zero tolerance”.

As regards hospitals and old people’s homes, it is advised that visits be restricted.

In Limassol restrictions will also be put on the numbers allowed in churches. The presence of people is determined on the basis of square metres depending on the existing protocol, but the maximum number has been set at 75 people. Furthermore, public buses in the Limassol district must run at no more than 50 per cent full. The measures concerning Limassol will be in effect from midnight for three weeks.

Later Friday the transport ministry also said that the maximum number in taxis, including the driver, should be three people. This measure concerns the Limassol urban area only, not the entire district.

The ministry recalled that the use of mask in buses and taxis was mandatory for all, in all districts.

Ioannou clarified that people can also use fabric masks. The government will issue instructions for their proper use.

“It is quite simple: we must wear a mask where we cannot social distance, wash our hands, be careful”, Ioannou said.

He also said that the way things are now, the reoperation of some businesses and sectors but also lifting all restrictions “is not foreseen in the near future.”

The lifting of many restrictions has led to many ignoring the personal protection measures and social distancing while people who should have been self-isolating did not do so, he said.

“Complacency is our worst enemy right now,” the minister said.

He said he and the justice minister gave new strict instructions to competent authorities to enforce the regulations on the prevention of the spread of the coronavirus after relaxation was observed by services as regards checks.

In Cyprus, he said, there is an outbreak among people up to 40 years old.

“Most do not develop symptoms, do not take self-protection measures and you realise that this is a timebomb and it happens all over Cyprus and not only in Limassol,” he said.

Ioannou also said people arriving from category C countries need to remain in self-isolation. He also referred to a person who had arrived from the US, which is a category C country and, after three days of self-isolation they were out and about. “There is no place in Cyprus they haven’t visited,” the minister said.

The minister also warned that, depending on the additional testing underway, stricter measures can be taken, not only in Limassol but in all districts.

Ioannou said his ministry, has also placed a timely order for flu type A vaccine to cover vulnerable groups, made use of the EU’s common mechanism for treating the virus, and participates in the joint negotiation process to enable the timely delivery of the Covid-19 vaccine to cover the entire population of Cyprus.

The Covid-19 vaccine however, he said “unfortunately as all indications show will not be available before the beginning of 2021.”

Limassol municipality said it was also taking additional measures in support of the ones announced by the government.

It said it would close all municipal playgrounds at the Molos area, the municipal gardens and the Anagennisis and Filellinon squares.

Measures will also be taken to regulate the movement of pedestrians in the Molos area with signs and a dividing strip.

They will also intensify disinfections of municipal and public spaces, bus stops and wheelie bins and enforce strict monitoring of open-air markets.

Most beautiful sceneries of the world (part 2) | 360 VR video