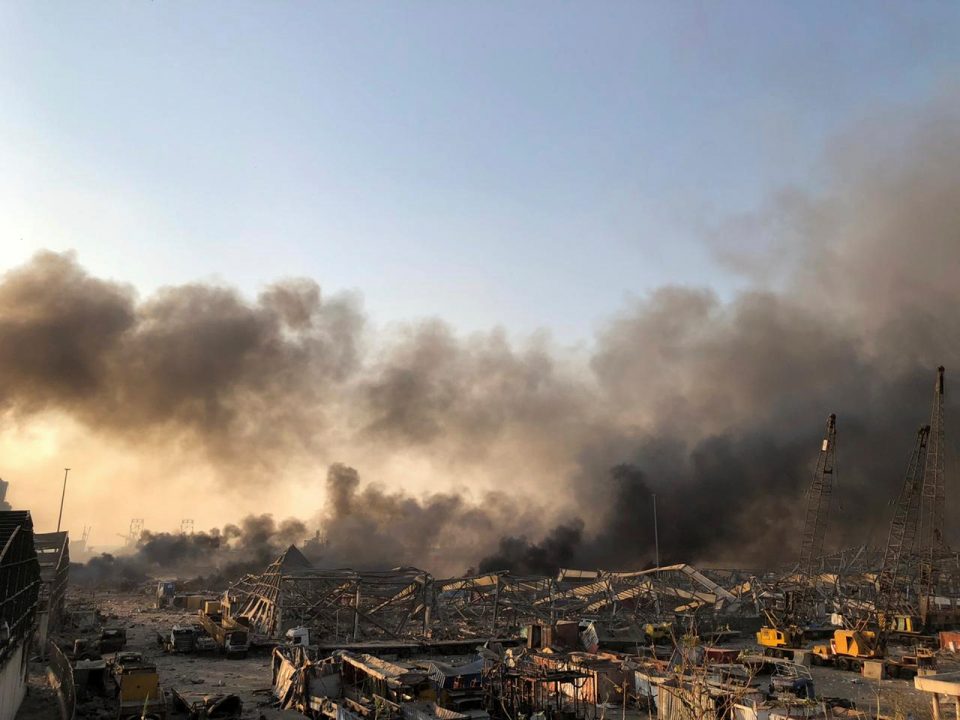 Smoke rises after the explosion in Beirut

President Nicos Anastasiades expressed his condolences to Lebanon on Tuesday night after a large explosion in Beirut also shook Cyprus, with many people on the island reporting they felt the blast.

In a message to the people of Lebanon on Twitter, Anastasiades said: “We wish and pray for the speedy recovery of the injured ones.”

He also gave his condolences to all the families of the people that died in the Beirut explosion.

“We stand ready to provide any assistance deemed necessary.”

The blast occurred at the Beirut port, where there were warehouses housing explosives, Lebanon’s state news agency NNA and two security sources said. A third security source said there were chemicals stored in the area.

Reporting from Beirut, Al Jazeera’s Zeina Khodr said: “The force of the blast was massive. I was walking on the street and I was thrown to the ground.

In statements to CNA, a member of staff at the Cyprus Embassy in Beirut Serge Bou-Samra said the building and the ambassador’s residence were damaged by the blast.

Samra the damage has not been assessed yet.

He added that a member of the embassy’s diplomatic staff was slightly injured in the blast and was taken to the hospital.

Commenting on the blast, Foreign Minister Nikos Christodoulides said the government has already contacted the Lebanese government and offered help.

Cypriots in Lebanon are also asked to communicate with the Crisis Management Centre of the ministry at 99-660129 or with the Embassy in Lebanon at +9613572139.

In Nicosia, one woman Stella said: “I thought someone was trying to get into my house. I rushed downstairs to see what happened.”

A man in the Engomi area said the shock wave shook the door of his house.

Can, a 32-year-old Turkish Cypriot living in Famagusta, said he also felt shaken heading to his car to visit a friend.

“I heard a giant boom. The kids in the park near my house were confused,” he said.

He added it was not very scary, but odd.

Another Nicosia man, Stavros said he thought something fell on the building, where he works.

Several other people said they heard it as far as Troodos.

One man, living in Kouka, wrote on social media he thought it was thunder.