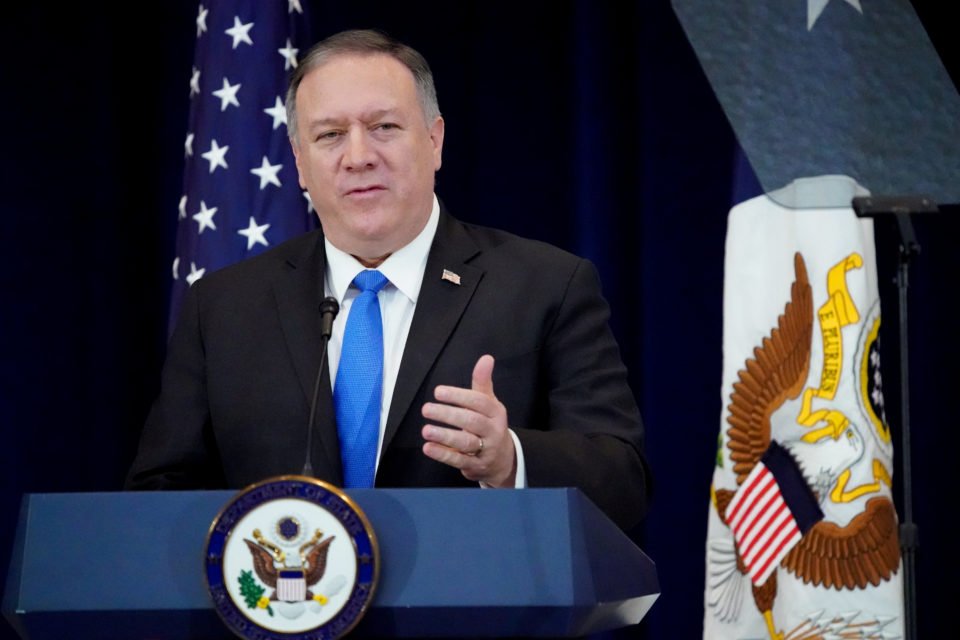 The US has decided to partially lift an arms embargo against Cyprus, US Secretary of State Mike Pompeo told President Nicos Anastasiades during a phone call on Tuesday evening.

The partial lifting of the embargo will last for one year – with the possibility of renewal – and applies to non-lethal systems.

Anastasiades said on Twitter: “I welcome the lifting of the US arms embargo on non-lethal defense articles. A positive development which reinforces further the bilateral security relationship.”

During a press conference, US officials noted that the move is not linked to developments in the Eastern Mediterranean.

“The US views the Republic of Cyprus as an important partner which contributes significantly to peace in the Eastern Mediterranean,” Matthew Palmer of the US State Department said.

“It is a relationship that works, is being developed and is increasing,” he said.

As regards the US position on the Cyprus problem, he said that the partial lifting of the embargo does not reflect a change in policy.

“We continue to support a comprehensive settlement that will reunite the island into a bi-zonal, bi-communal federation which will benefit all Cypriots as well as the wider region,” Palmer said.

Turkish Cypriot leader Mustafa Akinci, however, expressed his dissatisfaction with the move, stating that it would only embolden the Greek Cypriot side and would not bring them any closer to the negotiating table.

Palmer said that the restrictions on the sale of lethal defense systems remain in place.

“We do not want to see an arms race on the island, nor a fundamental change in the balance of power, that would destabilise the situation. We are moving slowly and carefully, step by step,” Mike Miller, Deputy Assistant Secretary of State for Defense Trade said.

Palmer further referenced recent agreements between the two nations, such as the memorandum of understanding in 2018, the East Med Law and training programmes for Cypriot soldiers.

He also said that the State Department hopes for the improvement as regards money laundering and Russian ships visiting Cypriot ports.

Government Spokesman, Kyriacos Kousios, in a written statement on Tuesday said that: “The US decision to partially lift the embargo, imposed on Cyprus in 1987, is a recognition of Cyprus’ role in the region.”

When asked what constitutes lethal and non-lethal systems, Miller said that: “everyone involved in the defense industry knows what they are and what they are not.”

He said that while there is no formal definition, it is certain that items such as F-35 aircraft will not be included.

Palmer said that each Cypriot request for the supply of American systems will be reviewed separately.

Cyprus has been embargoed since 1987 under the International Traffic in Arms Regulation (ITAR), a US body which restricts the export of defence and military goods.

What if the Neanderthals had not gone extinct?