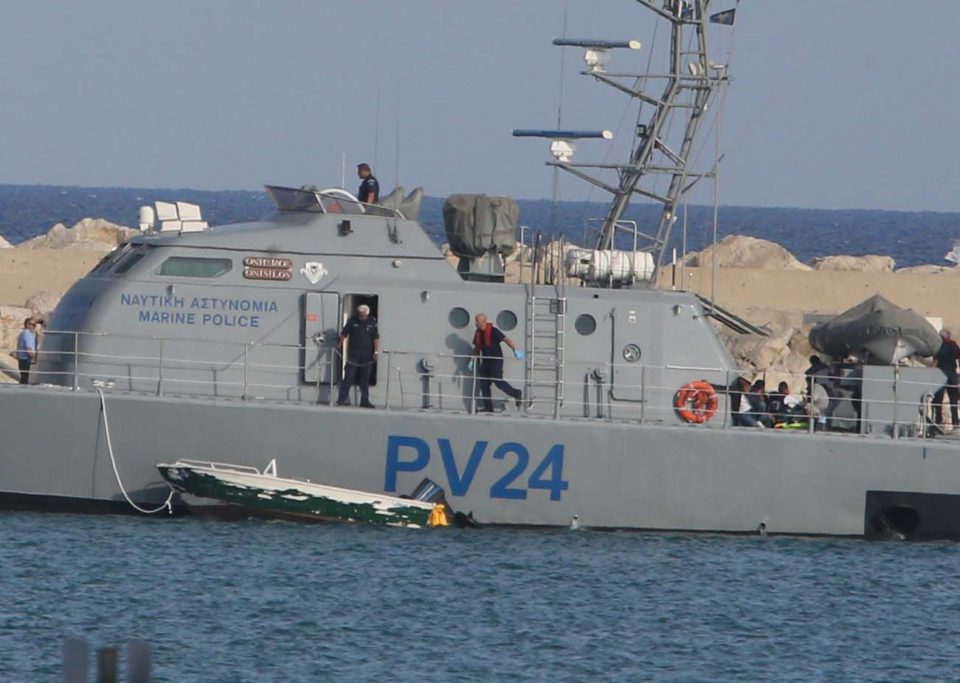 Thirty-three migrants who arrived off Limassol on Saturday afternoon were sent early on Sunday back to Lebanon which is where most of them come from.

In the meantime, police arrested four men who were among a group of 51 migrants – Syrians and Lebanese – that landed by boat in Kapparis area in Famagusta, also on Saturday. They are being investigated for people smuggling.

The boat with the 33 migrants – 30 Lebanese and three Syrians – was spotted off Limassol on Saturday afternoon. After consultations with the Lebanese authorities, it was decided that the group would be sent back to Lebanon.

Since the boat they were in was in very bad shape, Cypriot authorities leased a private boat to take the group of 14 children, six women and 13 men back to their country. The boat set off for Lebanon at around 3.30 am. Onto the boat, the Cypriot authorities also loaded foodstuff and essential items.

The group was escorted back to Lebanon with nurses, an interpreter, migration and police officers.

This was the second group arriving in Cyprus on Saturday.

Earlier in the day, 51 migrants landed in the buffer zone in the Kapparis area and crossed to the government-controlled area.

Police said the boat arrived from Lebanon. Initially, it was carrying 55 people but officers of the marine police that had spotted the vessel off Cape Greco prior to its landing in Kapparis picked up on Friday a woman and three babies with health problems and took them to hospital. They are now at the Makarios children’s hospital in Nicosia.

Police on Sunday said they arrested four of the men in that group, three from Syria aged 31, 25 and 21, and one from Lebanon, 19, on suspicion of people smuggling. They are believed to be the owners and drivers of the boat.

They were remanded for eight days. The rest of the group have been taken to the migrant reception centre in Kokkinotrimithia.

3 ways to stop a toddler tantrum