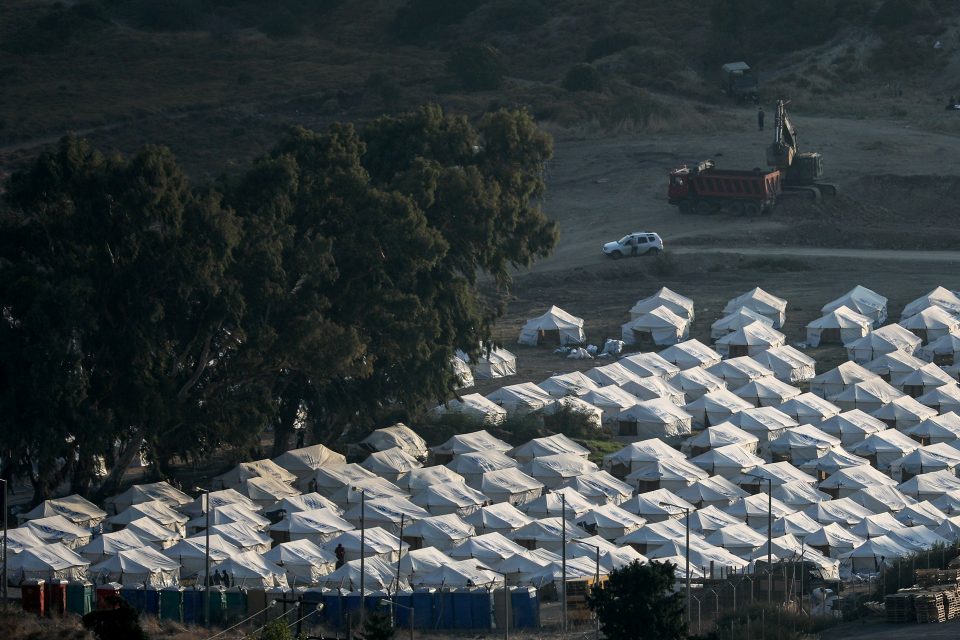 View of a temporary camp where refugees and migrants from the destroyed Moria camp will be accommodated, on the island of Lesbos

The fire at the Moria reception centre last week left more than 12,000 people without shelter, forcing most to sleep out in the open without proper sanitation or access to food and water, and pushed the migration issue back up the European agenda.

Mitsotakis said the construction of a new reception centre on the island to replace the notoriously squalid and overcrowded Moria facility would be the chance to reset the policy behind handling migrant arrivals.

“We want to turn this problem into an opportunity,” he said. “Europe should be a lot more involved in the management of the new centre wherever we finally decide it should be,” he told a news conference.

He appeared to dismiss protests by Lesbos residents who have opposed the creation of a new centre as well as by migrants demanding to be resettled away from the island.

“I want to say with absolute certainty that there will be a permanent reception and identification centre – I want to send this message in all directions,” he said.

Pope Francis, speaking to worshippers attending Sunday’s prayer in St Peter’s Square in Rome, mentioned the dire situation of the migrant camp on the Greek island.

“In recent days a series of fires have devastated the refugee camp of Moria, on the island of Lesbos, leaving thousands of people without a refuge, even if it was precarious,” the pope said.

“I express solidarity and closeness to all the victims of these dramatic events,” he said, adding refugees who seek asylum in Europe should be given a “humane and dignified welcome”.

Greek authorities began admitting migrants to temporary tent accommodation outside the main port of Mytilene. In a concerning development, they identified what Mitsotakis said were “dozens” of cases of COVID-19.

Officials had been worried about the potential for an uncontrolled spread of the disease from the Moria camp which had been placed under quarantine before it burned down following the discovery of at least three dozen positive cases.

In the chaos following the fire on Wednesday, authorities lost sight of 35 people who had tested positive, deepening fears of an outbreak among migrants sleeping closely together without proper sanitation.

Earlier, Migration Minister Notis Mitarachi said he expected around 1,000 people could be settled in the new tented shelter on Sunday and more would be able to come in over the coming days.

“We want to ensure that everybody has a tent, food and water,” he told reporters.