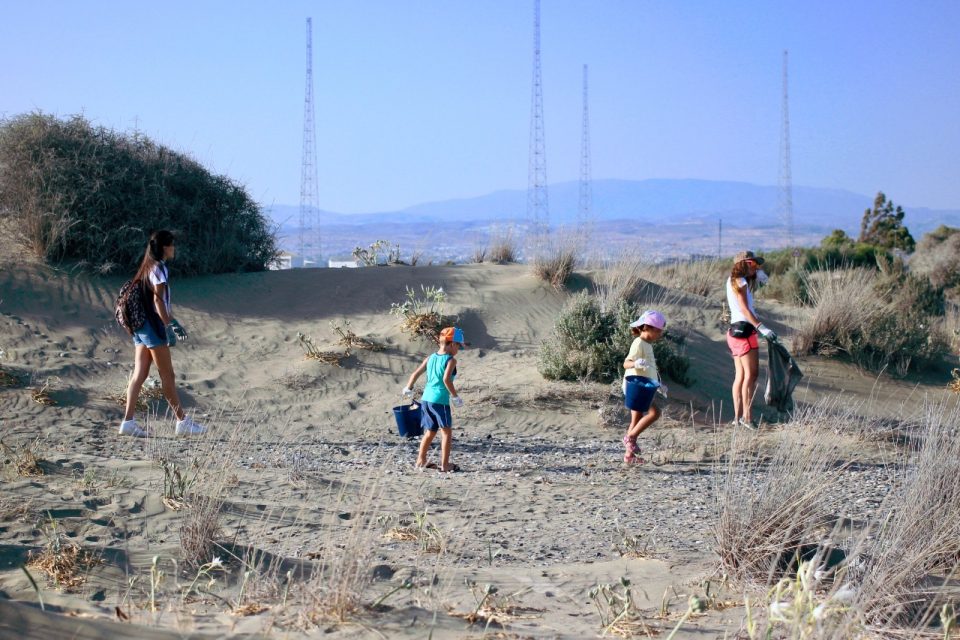 A larger-than usual amount of trash was collected at a Limassol beach even after a summer without tourists, data from a recent beach clean-up revealed on Monday.

As part of the pan-Mediterranean campaign, Young Cyprus Greens, in collaboration with the Ecological Movement of Cyprus,  the Centre for Social Innovation – CSI, the Cyprus Girls Can and the Cyprus Youth Board organised a beach clean-up, at Lady’s Mile in Limassol last Sunday.

“This is the first year we did the clean-up at the specific beach” the Secretary General of Ecological Movement Cyprus, Natasa Ioannou told the Cyprus Mail. “But it is also the first time we collected such a large amount of trash” she added.

About 402 Kg of garbage collected by 70 volunteers of mixed ages in two hours.  “Under the same conditions, at different seafronts, the maximum amount we found was around 300kgs” Ioannou said.

All the garbage was recorded according to the recording standards.

In his statements, the scientific collaborator of the Young Cyprus Greens, Ioannis Savva said that even the three-month lockdown due to the coronavirus pandemic did not help the planet breathe.

“Most of the garbage collected is plastic, either in full form or in a fragmented form (microplastics), which are harmful to both the biodiversity of the area and to human health, since they end up, in any way, on our plate.”

To make matters worse, the plastic found cannot be recycled due to deterioration and does not decompose in the environment.

Like all garbage, it remains in nature, thus affecting the ecosystem, but also having a direct impact on humans such as health and economy, said a written statement by Young Cyprus Greens, thanking the volunteers.

According to Ioannou, the goal of the beach-clean ups is not just beautiful beaches, but to target the issue of sea pollution and be able to decrease it. “Marine litter monitoring is an important tool of our beach clean ups and it is crucial when addressing the roots of marine pollution and to address common policies aimed to reduce the marine litter impact.”

The Lady’s Mile beach clean-up was part of the yearly beach clean-up campaign for the Mediterranean coasts “Clean Up the Med”, an initiative by the Italian organisation Legambiente which took place between September 25 and 27.